The 45 metre Heesen superyacht Amore Mio has been delivered and is currently under way to Gibraltar on her maiden voyage. Labeled ‘the largest and most powerful sports yacht ever built in the Netherlands’, Amore Mio has now been handed over to her owners in international waters as scheduled. 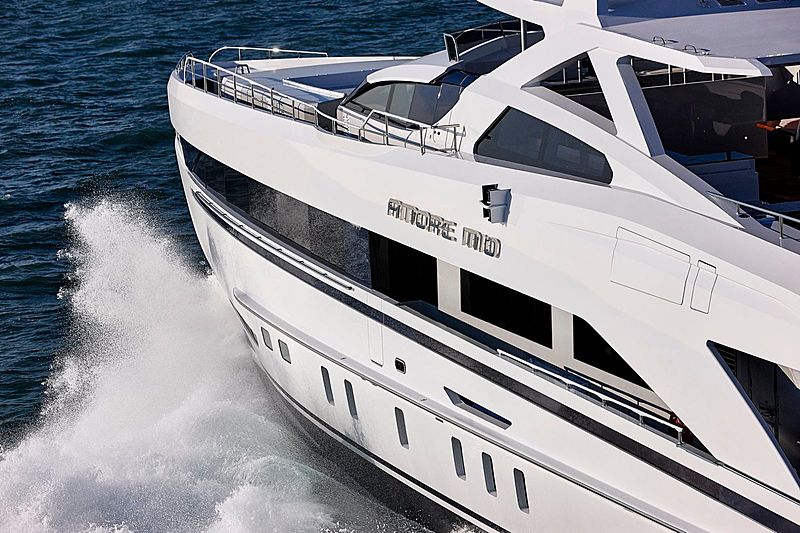 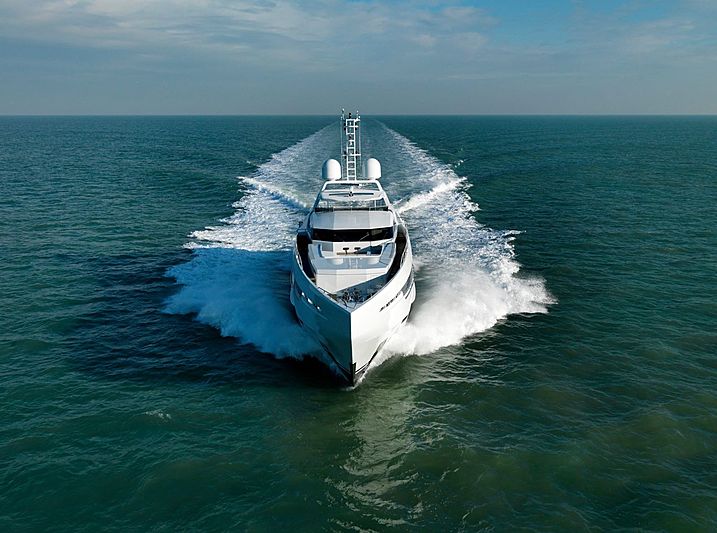 The intensive sea trial period out on the North Sea proved that the yacht will not only be capable to race along at 30 knots from Monaco to St Tropez, but will be able to keep her guests comfortable when the sea state turns unfavorable. Captain Tripp Hock comments: “As the first Heesen sea trialed at ‘light load’, I was eager to see in particular how the gyro stabilisers would function on such a buoyant ship in the North Sea. To my relief, all the coffee cups stayed on the tables.” 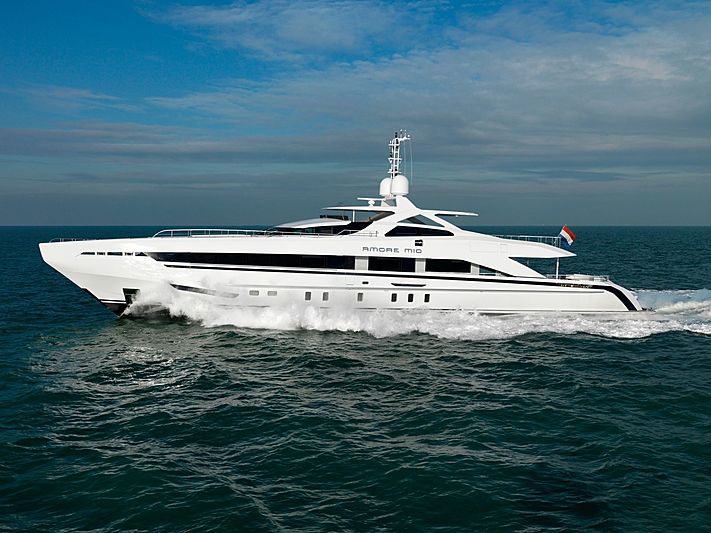 Omega Architects came up with an angular and exciting sporty exterior design that leaves little doubt as to the performance capabilities of Amore Mio. On the other spectrum of her 30 knot top speed is welcomed range of 2,750 nm while maintaining 12 knots, that enables comfortable cruising between ports in the Mediterranean, or island hopping in the Caribbean. 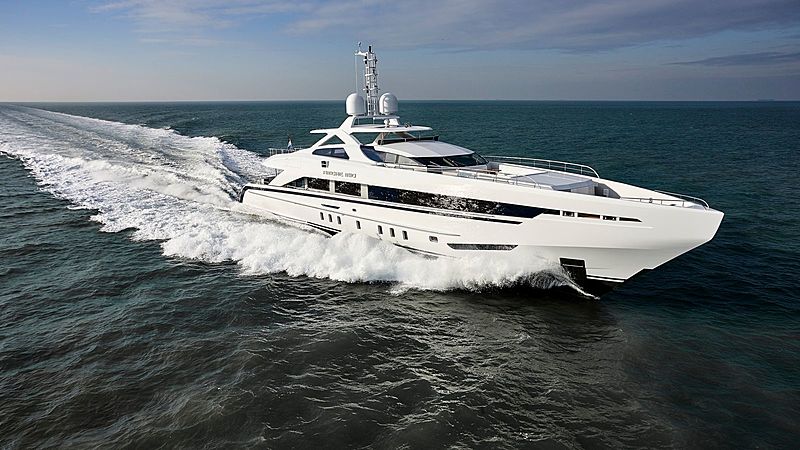 The yacht’s interior is the work of designer Cristiano Gatto, and is said to be a mix of style and sophistication, with luxurious fabrics and warm wood panelling creating a cosy environment for her guests.Amore Miofeatures a traditional 5 cabin layout, with a grand master suite forward on main deck that houses comforts such a large corner sofa and vanity table on port side. Remaining cabins consist of 2 double and two twin cabins, located on the lower deck.