Even though completed in 2014, up to now few details have been known about the 26-month refit project that saw the 1988-built fishery patrol vessel named Norna, transformed into the ocean-going luxury expedition vessel that we know today as Enigma XK. Here we take a look at the end result of design studios Vitruvius Yachts and Mc Farlane Ship Design and Atlantic Refit Centre’s handy work. 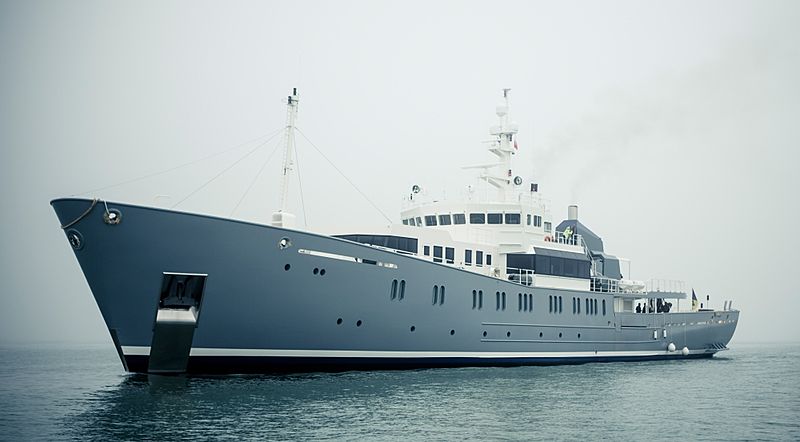 Norna spent her life in the rough North and Atlantic Seas serving as patrol vessel owned by the Scottish fishery department of the British navy. When she was put up for sale, her new owner particularly fancied her tough exterior and signature funnels, and aimed to retain these characteristics while upgrading her on board features to a superyacht level. 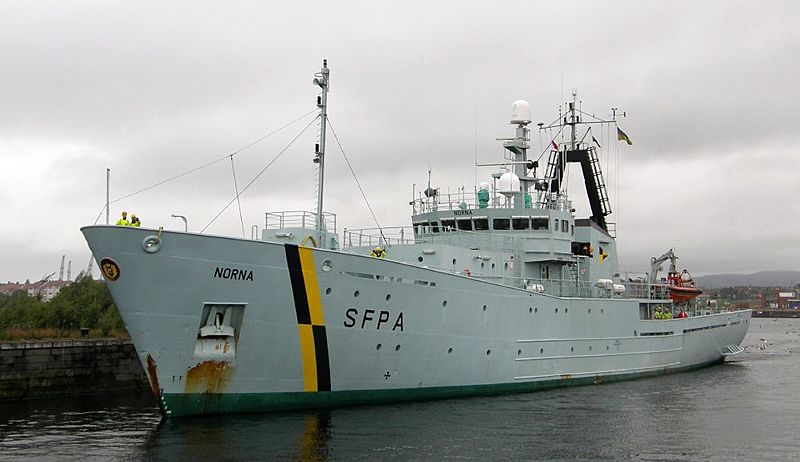 For this, Mc Farlane Ship Design was drafted to enhance the vessel’s exterior by clearing all exterior decks, fitting a large helicopter landing pad, and work around the sloping nature of the existing structure’s decks, and low headroom as a result. As the yacht would be used in predominantly tropical regions, outdoor entertainment areas were designed to receive minimal exposure from the sun. 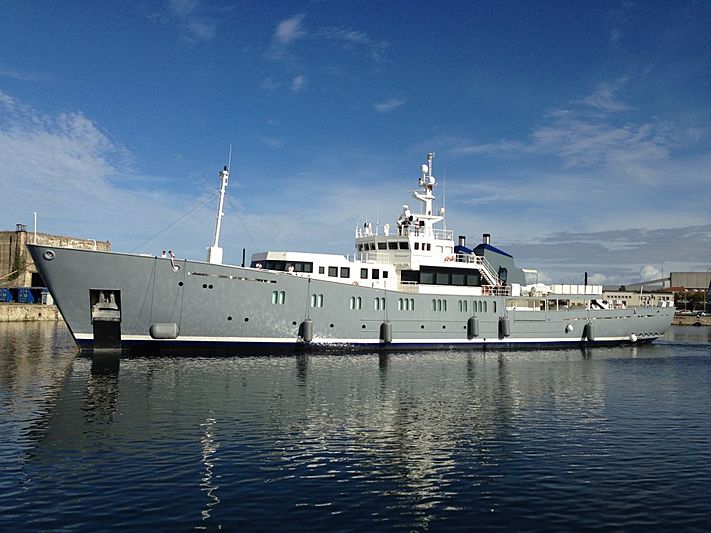 The aft deck space has been dedicated to the stowing of a 9 metre limousine tender, a 7 metre RIB – both custom creations – including two all-terrain vehicles and a set of Jet-Skis, launched and retrieved by a dedicated 9.5 metre 4 tonne crane. 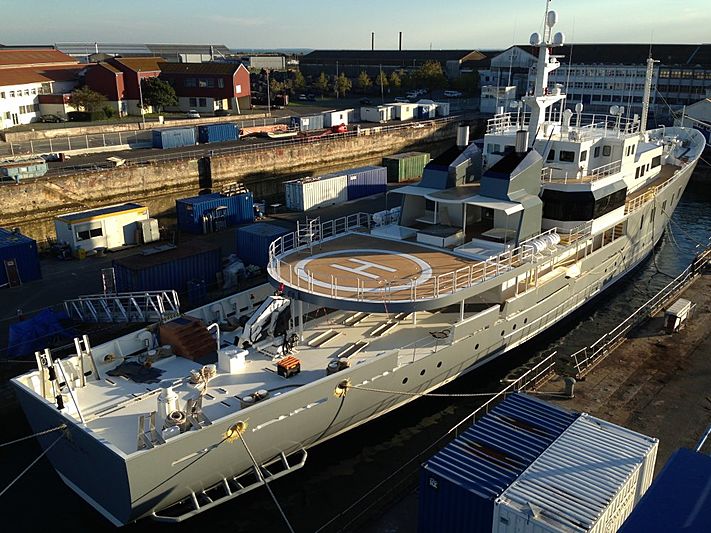 Philippe Briand of Vitruvius Yachts is responsible for the complete redesign of Enigma XK’s interior. A minimalist and functional design was opted for, with a nautical feel throughout the interior. 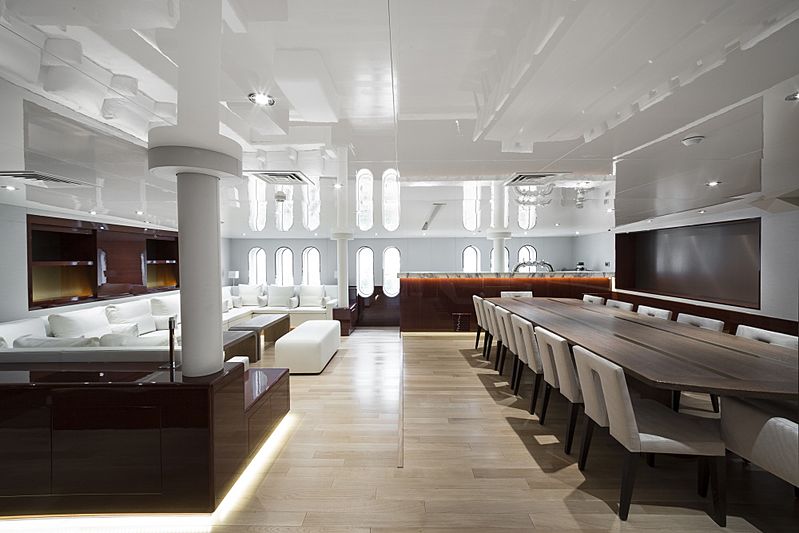 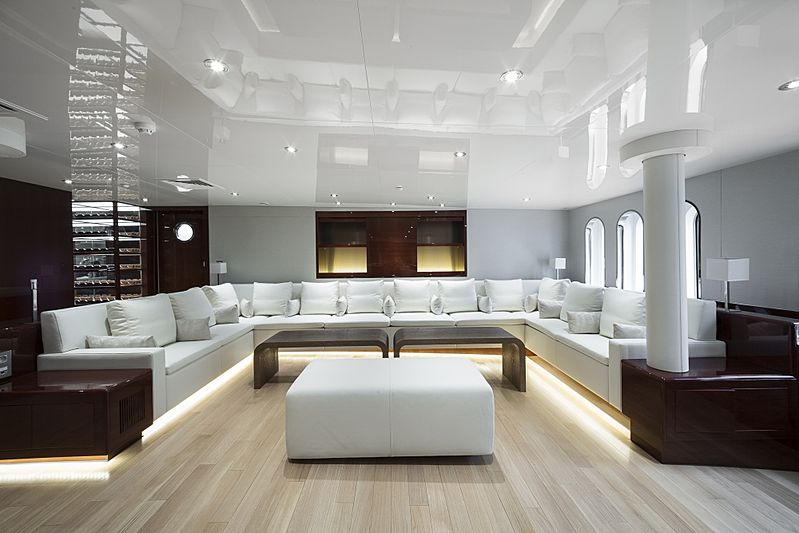 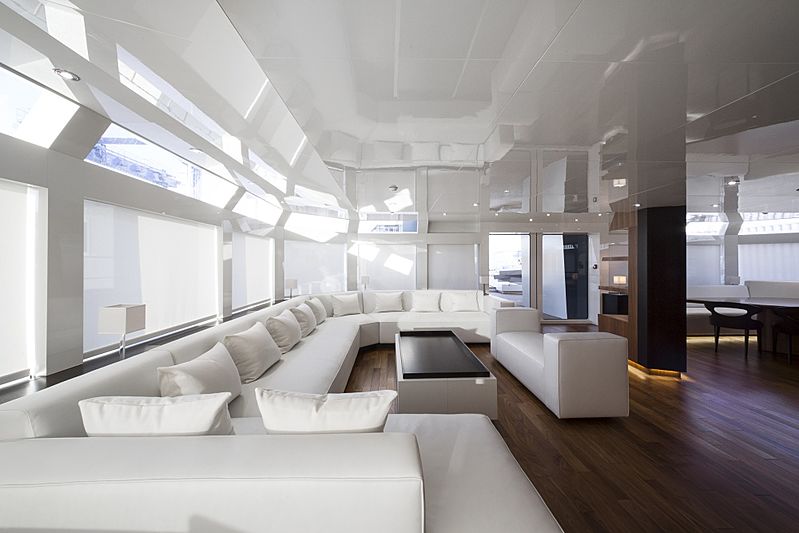 Cabins and guests areas are wonderfully bright and simple, with ample natural light that floods through large side windows and a series of skylights in the deckheads above certain guest cabins as well as the owner’s suite. 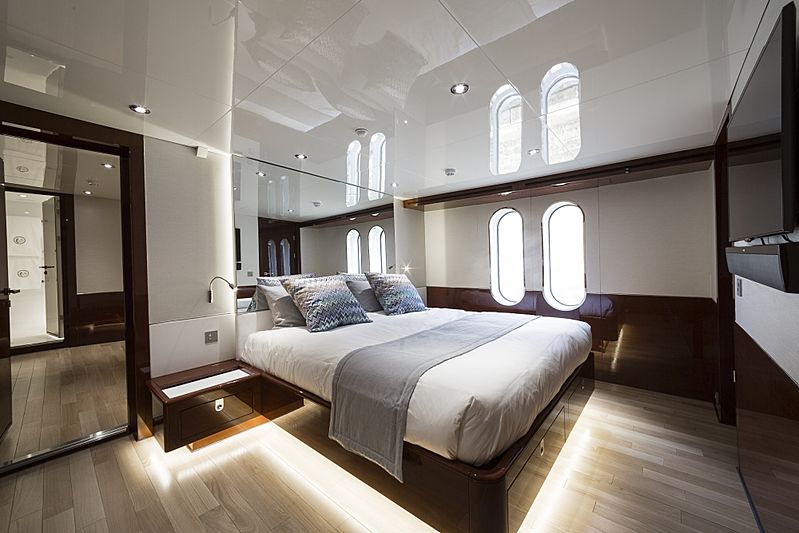 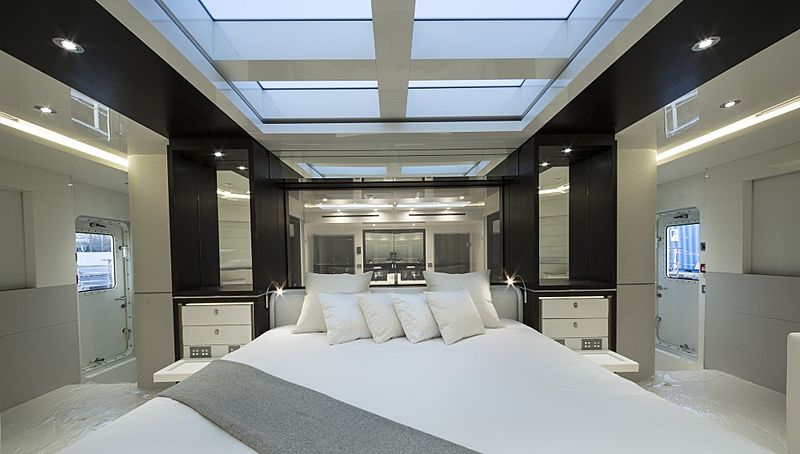 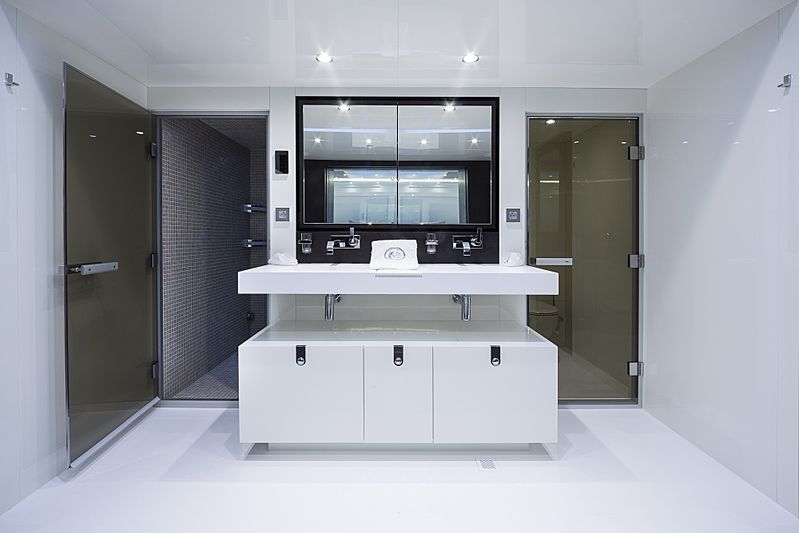 It was up to French shipyard Atlantic Refit Centre to complete all works within 26 months during which a total of 280,000 man hours were spent on the transformation of the vessel. 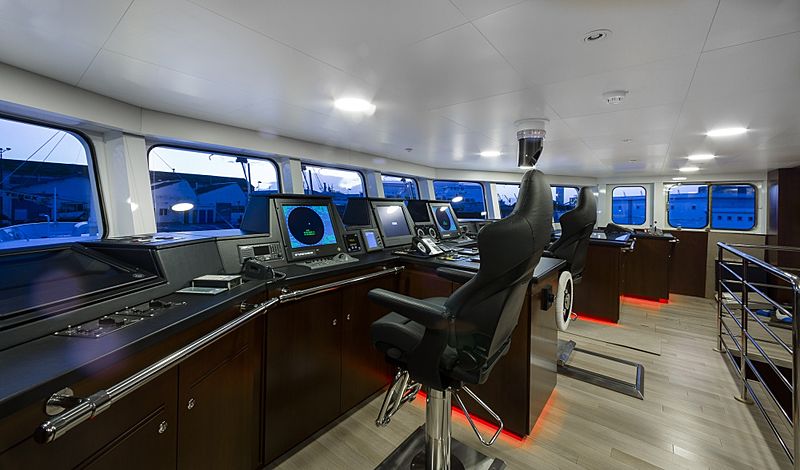