As the newly-appointed CEO of Baltic Yachts, Anders Kurten’s vision for the Finnish yacht builder is a clear one that builds on the strengths of the most northerly superyacht shipyard in the world. “We will be the global market leader for composite carbon sailing yachts,” comes Anders Kurten’s answer as I ask him about Baltic Yachts' next steps. Headquartered in the remote town of Jakobstad, the company has enjoyed a healthy order book over the past few years and has consistently been delivering ground-breaking projects dripping with high-tech, as well as environmentally sustainable features. On a recent visit to SuperYacht Times’ hometown of Amsterdam, we met with the new man behind the wheel of Baltic. 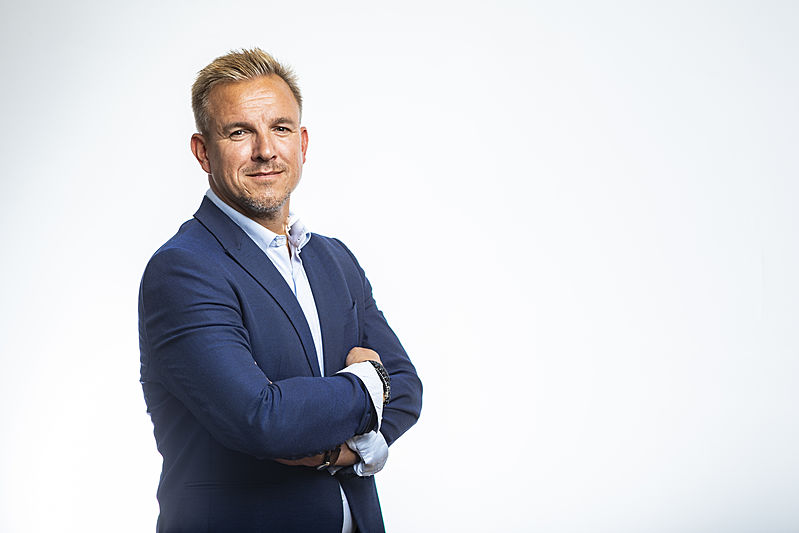 Photo: Eva-Stina KjellmanTrying to gauge how much of a boating fan Kurten really is, I ask him if he has a boat of his own. “I own plenty of boats!” he exclaims. “I have a couple of small boats - powerboats and a small sailing boat.” Kurten’s interest in the boating industry goes beyond the nine to five. Having left his previous job as Director, Products at Inha Works Ltd (a subsidiary of Yamaha Motor Europe that manufactures Buster, Cross and Yamarin boats), he remains the chairman of Finnboat, the overseeing organisation of Finland’s marine industry. “Building sailing boats, especially custom boats, has been something close to my heart from the beginning. So the sort of job I had before this one with powerboats, that was really the aberration, even though it lasted a fairly long while.” 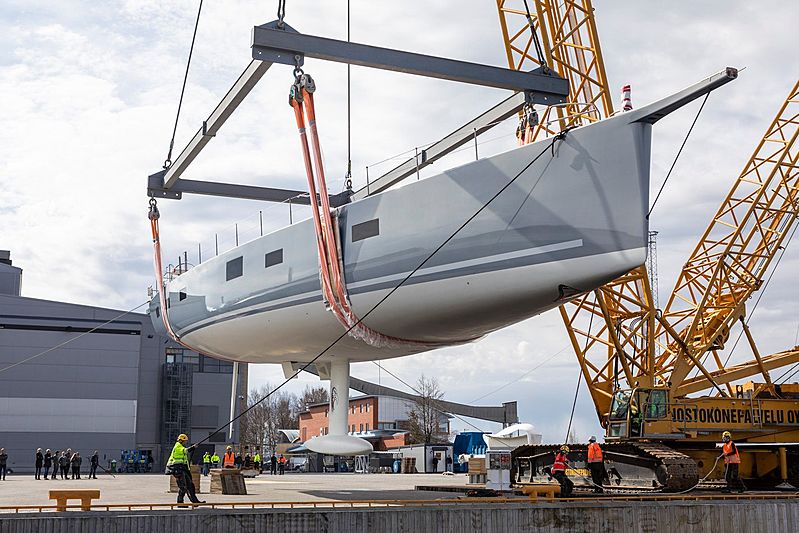 Photo: Baltic YachtsHeadhunted for his hands-on experience in the business, Kurten joins Henry Hawkins at the head of the company who now takes on the role as Executive Vice President from his previous position as CEO. Kurten has big shoes to fill, but being the native Finn that he is, Kurten already knows that things are about to change around the yard. “My philosophy is management by walking around. Every day that I am not travelling I tend to run through production and talk to the guys who are actually building the boats because it gives you a good sense of what is really going on. Production obviously is the pulsing heart of our company and keeping your finger on that pulse is important.” 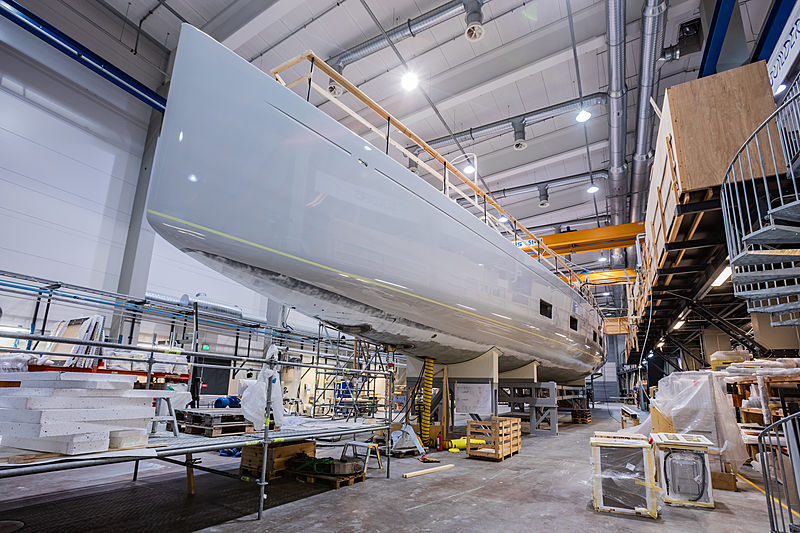 With two superyacht projects currently under construction totalling over 80 metres in length, Anders has a lot to keep him busy with and 2020 will be all hands on deck as Jakobstad prepares for the deliveries of the Baltic 117 and Baltic 146. In addition to having started these two projects in 2019, last year was a particularly busy year for Baltic as the yard handed over three superyachts in that period including the Baltic 142 Canova - one of the yard’s most challenging and innovative projects with its advanced foiling system. 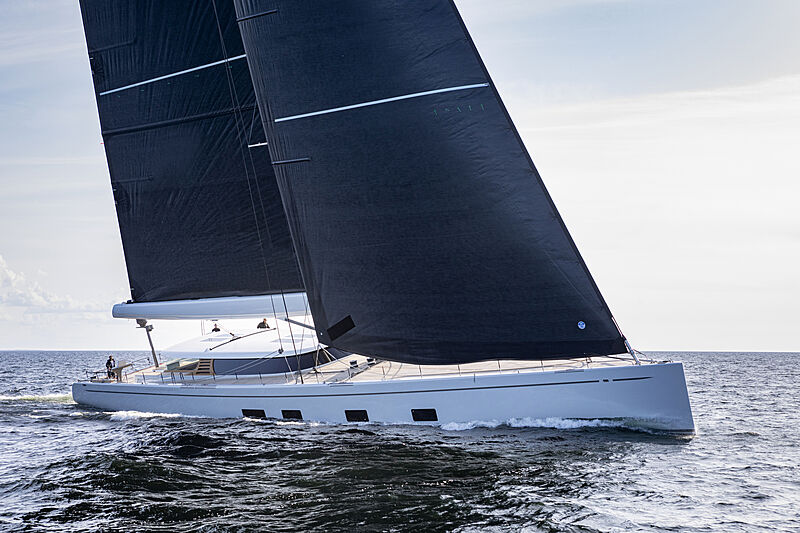 Photo: Eva-Stina KjellmannBuilt for an experienced owner, Canova stands out from other yachts in her class as the first project having been fitted with a DSS foil from Infiniti Yachts below the waterline that extends outward from either side of the hull for improved stability and performance. Combined with a powerful all-carbon rig by Rondal with Carbo-link standing rigging, the additional stability provided by the foil reduces the heel angle and overall comfort on board. Canova is also built to be a low local emissions blue water cruiser, her hybrid propulsion system with hydrogeneration capability making it possible to cross the Atlantic without burning a single drop of fossil fuel. 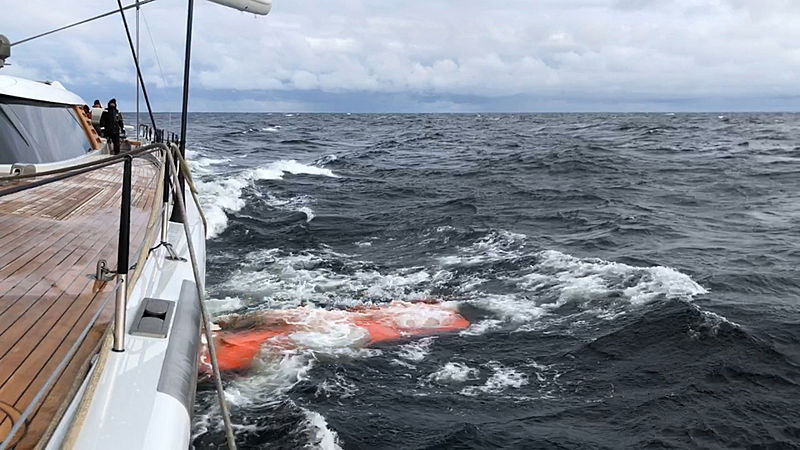 Photo: Eva-Stina Kjellman and Dan-Erik Olsen, Prime ProductionBut despite these recent successes, Kurten is aware that there is still a lot of work to be done as Baltic, like many other sailing yacht brands, keeps treading water in a challenging market segment. “I might not predict a buoyant next three years, but it looks good. It has been a fairly turbulent time for the industry, and that reflects on the company too. I feel that before we hit the water, we need to calm things down and focus our attention on what we are really, really good at - building high-end custom carbon composite performance sailing boats.” Kurten knows that with the backing of the Baltic workforce - the company’s most valuable asset according to him - the brand will continue to stand out on the super sailing scene for their high-end performance-orientated sailing yachts. “One of the biggest surprises for me since joining the company is its people. The staff here, more so than at any other company that I’ve experienced, are incredibly proud of their work and genuinely want this company to be a success. It’s not even about the product, because you can’t make the product without the people.” 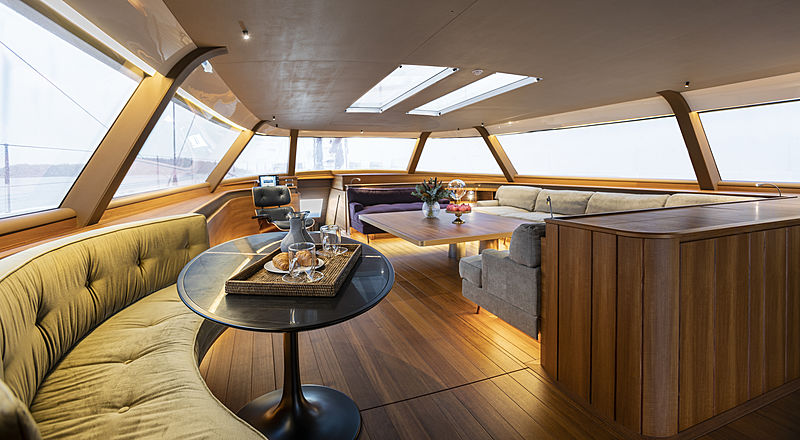 Photo: Eva-Stina Kjellman and Dan-Erik Olsen, Prime ProductionInstead, for the tide to turn in the sailing market’s favour, Kurten believes that a long-term, industry-wide initiative is required - and he is already making headway on a local scale. “As an industry, we have collectively failed to generate enough interest and attention amongst the next generation in sailing. Fortunately, many of the national associations both in the US (NMMA) and Finland (Finnboat) have had long-term strategic initiatives and we are starting to see some traction there." It is these passionate sailors, exposed to the sport from a young age, that Baltic is squarely targetting. And to no surprise, as Baltic sailing yachts are on average some of the most active contestants on the annual superyacht regatta scene, many of whom have been built for no other purpose but to go as fast as possible. “There is one thing that links most of our client base together, whether they are repeat or new, and is that they are extremely active, avid and engaged sailors. They use their boats a lot and most of the time when they are on the boat they are at the helm themselves. This type of ownership makes it really fun because they love sailing and using their toys.” 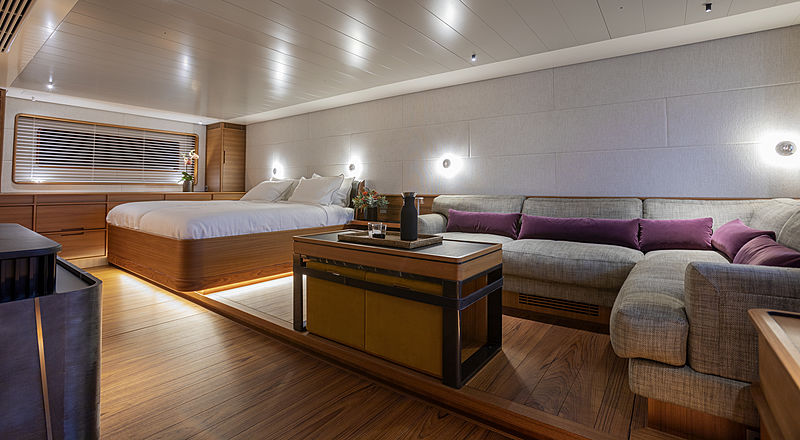 Photo: Eva-Stina Kjellman and Dan-Erik Olsen, Prime ProductionFor now, some of Kurten’s first tests lie closer to home as the shipyard deals with making the right choices that will keep Baltic on the right course as they look to the future. “I think the challenges will be of a more operative nature, to choose the projects wisely as we have limited capacity. We only ever do 3 or 4 projects simultaneously so it is very important which one you choose to pursue. These next few projects will become the stepping stones to achieving that goal of being the market leader in composite carbon sailing yachts. Additionally, our proven track record in delivering low local emissions propulsion solutions, combined with a push for an increasingly sustainable choice of build materials and production methods is a key differentiating factor, that in addition to being ethically sound, also hits the nerve in the marketplace by and large in terms of timing.” 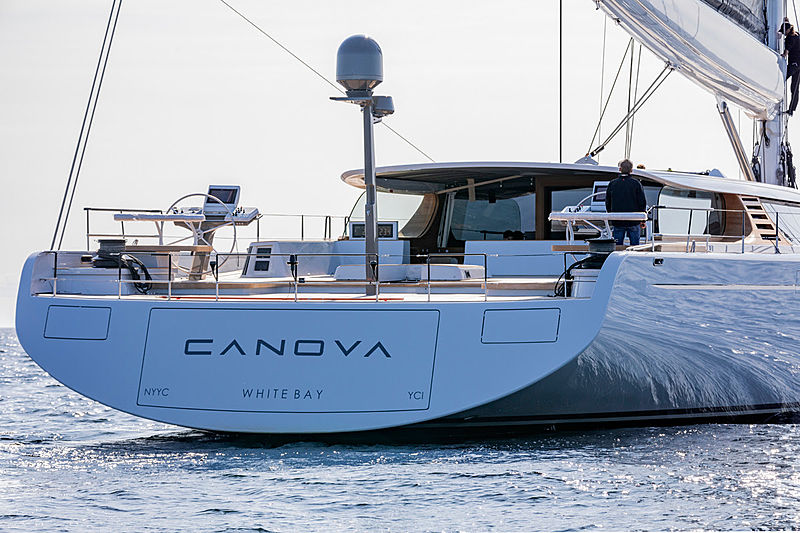 First look: On board the 43m Baltic foiling superyacht Canova