CdM has announced the sale of the 26.1-metre motor yacht Stella del Nord to the famous Italian singer Andrea Bocelli. Built in steel and aluminium by the Ancona-based yard in 2015 as a Darwin Class 86 model, Stella del Nord features naval architecture and exterior design by Hydro Tec, with interior design from the drawing boards of the Italian studio PFA Design. 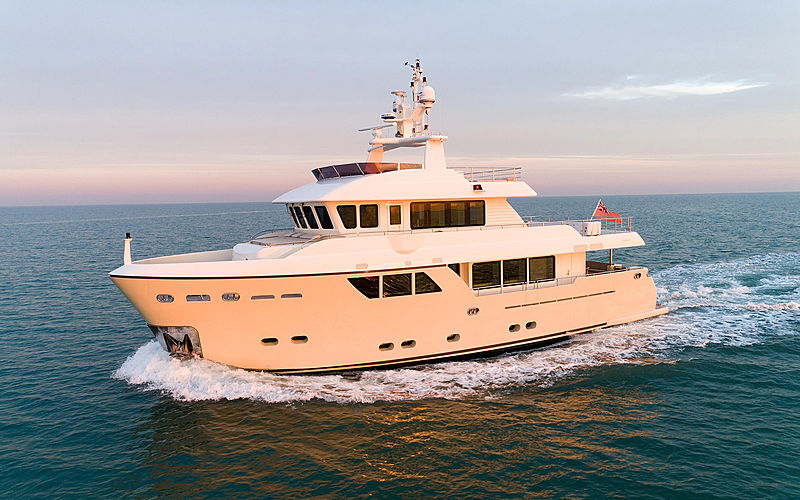 Photo: Cantiere delle Marche
The buyer was introduced to CdM by the Italian brokerage firm Corte Srl which is based in Lavagna. Shortly after the handover, Bocelli set course for Naples and despite Stella del Nord facing rough seas on her travels, the singer arrived in time and even managed to hold a concert shortly afterwards.

Bocelli is an experienced yachtsman who has owned vessels of all sizes and is looking to move into serious expedition yachting through his new purchase. As for his brief, the owner was looking for an explorer which would allow himself and his family to sail far and wide and in comfort, even in the most severe weather conditions, and for a boat which would be operationally straightforward.

Motor yacht Stella del Nord is the fourth Darwin Class 86, launched in 2015 and with accommodation for up to eight guests across four staterooms, as well as a crew of four in two cabins. Built to RINA class and registered under 200 GT (at 199 GT), she is also highly fuel efficient. With power provided by twin 385 HP diesel Caterpillar engines, she can reach a top speed of 11.5 knots and cruises comfortably at 10 knots.