Ahead of its official unveiling at the 2016 Monaco Yacht Show, British design studio Andy Waugh Yacht Design has developed a new 111-metre superyacht design together with German yacht builder Nobiskrug. Ascendance is created as a sleek and efficient grand superyacht that utilises advanced materials and propulsion systems in order to deliver a lightweight and fuel efficient alternative to yachts in this size range. 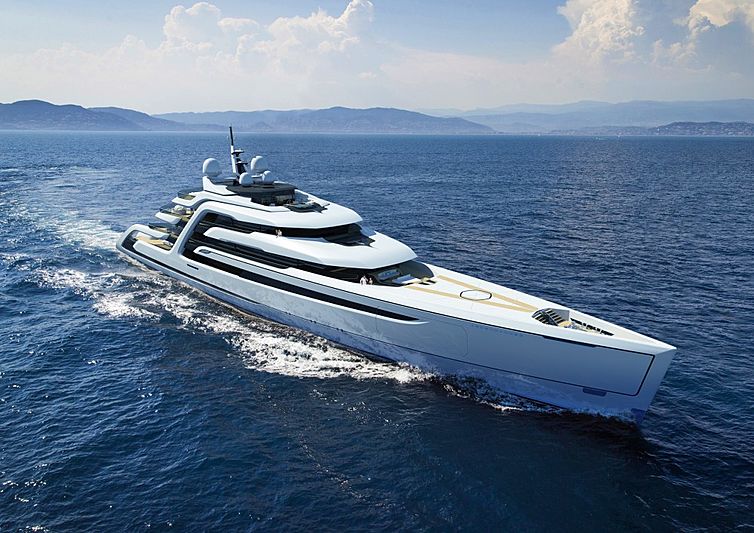 The project’s capabilities rests on a slender and low volume hull that is to be built from steel. Strong and bold styling features give Ascendance an aggressive yet elegant exterior.

A helipad on the foredeck is in line with the owner’s deck and provides direct access to a short flight to his/her favourite island getaway. A large pool with dramatic waterfall on main deck and a sunken fire pit on bridge deck are just some of the exterior features guests can look forward to. 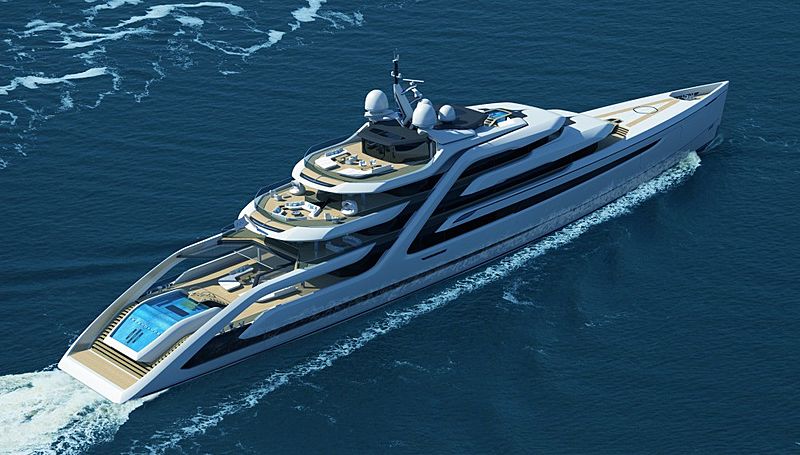 The yacht’s interior is the work of Motor Yacht Design Company (MYDco), based in London and Paris. Eight guest cabins are found on the main deck, with the owner’s suite forward on the upper deck above. 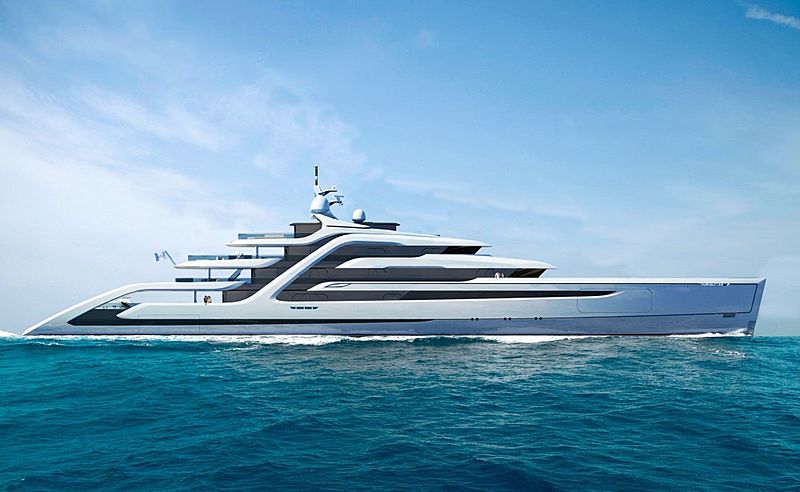 The interior has been designed to optimise the experience for all on board including the captain and crew. The pantries on each deck are expansive and the circulation between crew and guest accommodation is uncompromised. 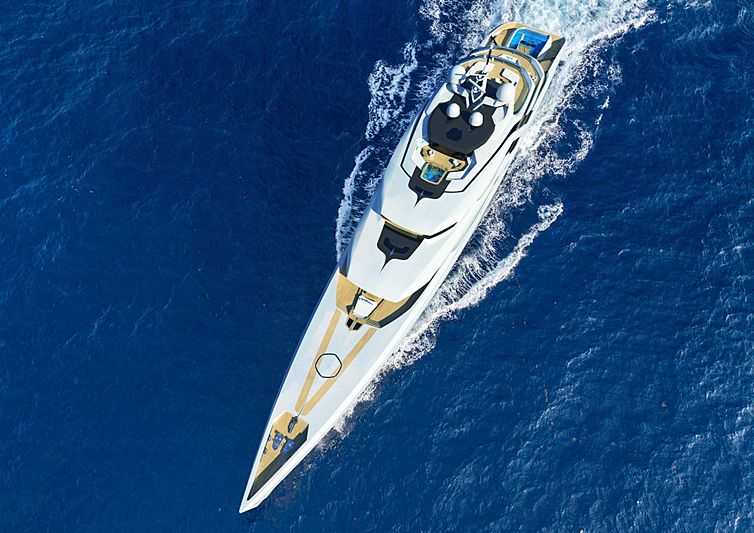 Learn all about the on board details of Ascendance at the 2016 MYS where it will be displayed at theY.COstand.