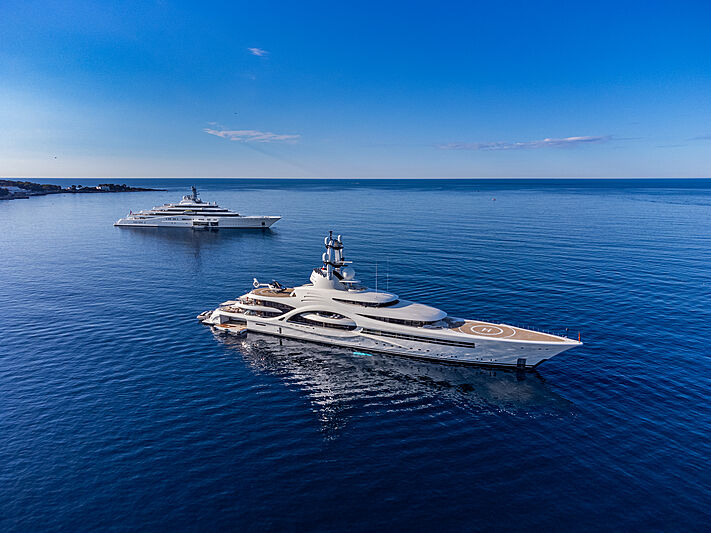 Photo: Valentin BretonLaunched in October 2018 at Feadship’s yard in Makkum, is the 110-metre superyacht Anna. As the largest yacht currently in the Feadship fleet, she comes with several special features on board and was built as the first superyacht to accommodate tilt-rotor aircraft on her foredeck landing pad. With a striking exterior design by Hampshire-based designer Michael Leach and naval architecture by De Voogt Naval Architects, the four-deck yacht Anna was named after the owner’s daughter. The interior design of the 4,693 GT superyacht is the result of a collaboration between Leach and Brian J. McCarthy, Inc. Constructed from steel and aluminium, Anna can accommodate up to 18 guests in nine staterooms, with up to 30 crew members. Eclipse is spotted anchored in the background. Built by Blohm & Voss and launched in 2010, the 162.5-metre superyacht was known as the longest superyacht in the world at the time of her delivery, a title that now belongs to the 180.6-metre Lürssen superyacht Azzam.