Fewer companies at this year’s Collins Stewart London Boat Show at ExCeL (11 to 20 January 2008) will have experienced a more eventful year than Sunseeker International in Dorset on the South Coast where much has taken place over the past 12 months. Following the official launch of the new 37 Metre Yacht at last year’s event, the company’s continued success is highlighted by no less than 6 new models launched and a number of significant developments throughout the year. 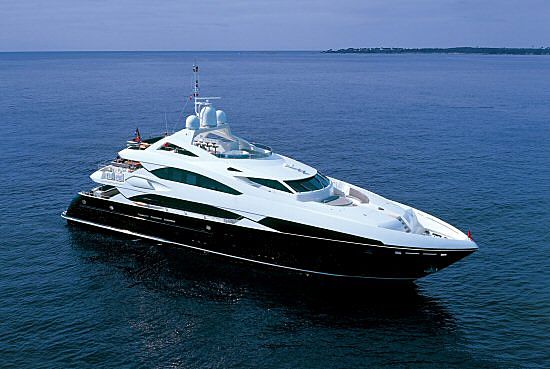 At last year’s show, the company launched the new 37 Metre Yacht. This was followed by the launch of the Manhattan 70, the Manhattan 52 and Predator 52 at the Southampton International Boat Show in September 2007.

With the launch of a further 2 new models at this year’s event, the company’s Managing Director, Robert Braithwaite CBE believes that no other motoryacht manufacturer can match Sunseeker’s extraordinary growth and product development programme. ‘We’re constantly designing and building new boats to match and exceed the expectations of our customers. This is based on consistently delivering the world’s finest motoryachts which both retain the traditional values of craftmanship and embrace the latest shipbuilding techniques’, he said.

Dramatic growth at Sunseeker is a direct result of the increasing demand for luxury motoryachts across the world which in turn is underlined by the success of the 37 Metre Yacht. Since it first appeared at last year’s event two further 37 Metre Yachts have been built and two models are currently under construction with a further six orders already taken by the company. Built to unrestricted classification, RINA Commercial and full MCA Compliance, Sunseeker’s third 37 Metre Yacht is on display at the show, together with a further two new additions to the Yacht Division making their world debuts.