The organisers of the Antibes Yacht Show 2011 announced they are extremely delighted with outcome of the fifth addition of the show. The planners stated that if the show is any barometer for the rest of the season as many say, then we can be looking forward to a great season in the yachting industry. Amongst the 150 yachts and the 180 exhibitors the visitors were happy with the variety that was displayed at the show. Charters were booked and smaller yachts (20 meters) were sold. The larger yachts remain Antibes’ forte, as several (from 37-43m yachts) received offers and several brokers informed us they had very interesting contacts. 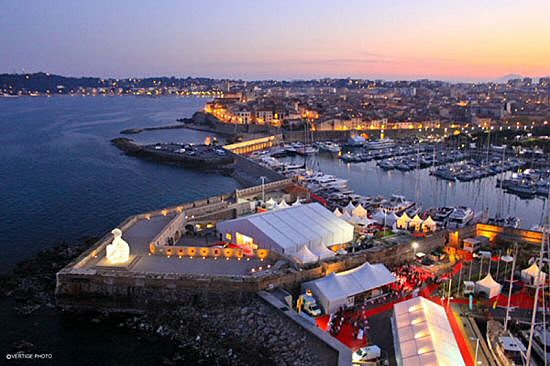 The exhibition seemed bigger with the two new marquees replacing the previous small tents villages. The growing visitors (13 000 this year) were pleased with the new structures which gave shade and coolness in the hot spring sun that shone for the four days. It also allowed the organisers to regroup all of the equipment and interior decoration exhibitors in a new ‘refit area’. 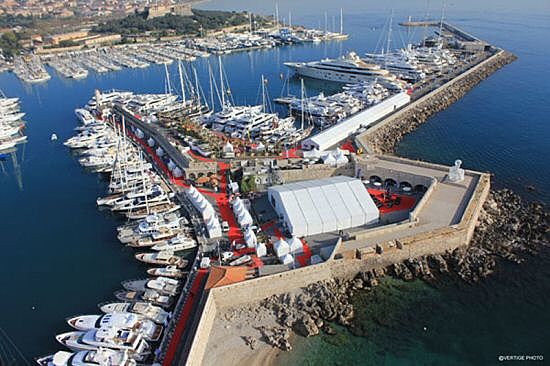 The new ‘Crew Lounge’ sponsored by Bluewater Yachting was the most ‘fun and creative corner of the show’; a little haven for all crew visiting the show who enjoyed many activities from an intense chef competition to a very entertaining kayak race. The ‘Happy Hours’ and the live band in the evening raised the level to an enthusiastic party.

Just above, the Bastion St Jaume, the Captains’ Lounge, was just as crowded. As the Captains got pampered they discovered the progress of the Montenegro Marina on their very impressive model and were also informed on pension plan with DeVere Group.

Riviera Yacht Support who organises the charity golf every year, chose not to give to the usual school (Montessory), but decided to contribute to the Red Cross Japenese Tsunami’s victims fund instead. Their noble gesture will increase the funds of some six hundred euros.

This year, the inauguration presided as usual by the M. Leonetti, Mayor of Antibes, honoured M. Camille Rayon (Antibes Yacht Show’s honorary president from 2007). At the eve of revealing the model presenting the extension of the IYCA, the officials decided to rename “Le Quai des Milliardaires” to “Quai Camille Rayon.” A justified gesture as M. Rayon is the creator of the IYCA.

Antibes Yacht Show is also keeping up with today’s technology. Visitors could access the Wi-Fi for a few hours daily at no cost, thanks to the Show’s internet partner GMC/Seas. For the first time the exhibitors had a Wi-Fi connection that really worked. With so much business done early in the season Antibes Yacht Show, it reinforces its place as the show to be in the spring in the Mediterranean area.