With less than eight weeks to go until the soft-opening of Karpaz Gate Marina, the first-ever luxury marina in the Turkish Republic of Northern Cyprus (TRNC), anticipation has been building among yachting enthusiasts around the world, including those who have signed up to be among the first to use the marina’s berthing facilities. 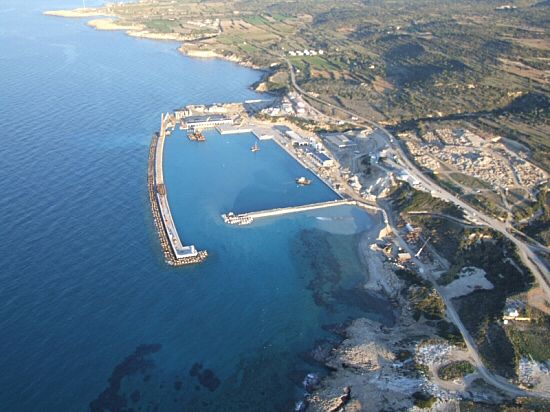 Ahead of its launch approximately 500 boat owners have expressed interest in securing one of the 300 berths at the new marina. Of these, a limited number (approximately 100) have won a year’s free berthing following a promotion offered by the marina owners, and there is also continued and growing interest in other promotional berthing packages which are currently available.

The new marina is part of the Karpaz Bay Resort (KBR), one of the most luxurious resorts in the eastern Mediterranean. It is located on the scenic Karpaz Peninsulaon the north-eastern tip of Cyprus, a largely undiscovered region which is anticipated to become the next up-and-coming luxury yachting destination thanks to its year-round sunny climate, miles of beautiful coastline, clear blue waters and abundance of wildlife including indigenous donkeys and turtles.

Karpaz Bay Resort will be a first-class destination and has been built to the highest international specifications, providing visiting luxury yacht owners every possible convenience including a total of 300 berths, 12 of which can accommodate super yachts and mega yachts up to 55 metres in length. Luxury hotels and a five-star beach club will be built by 2012 to add to the resort’s many attractions.

The owners of Karpaz Gate Marina recently exhibited at the Eurasia Boat Show in Istanbul, Turkey and reported strong interest from visitors who visited the marina stand. A record number of people attended the show this year (more than 135,000), and positive feedback was received about the concept of the marina and its design specification from both prospective berth holders and the Turkish marine press who attended.

Roy Klajman from Sea-Alliance Group, which is the management company of the marina, said: “The Eurasia Boat Show went very well for us and we were delighted with the positive feedback and enthusiasm of those we spoke to about the marina concept, its facilities and its location. Karpaz Gate Marina is located in a stunning part of northern Cyprus and is the ideal destination for those looking to get away from the over-populated marinas of the western Med. We are confident that it will have huge appeal and with just weeks to go to the soft opening we are looking ahead with great excitement and anticipation.”