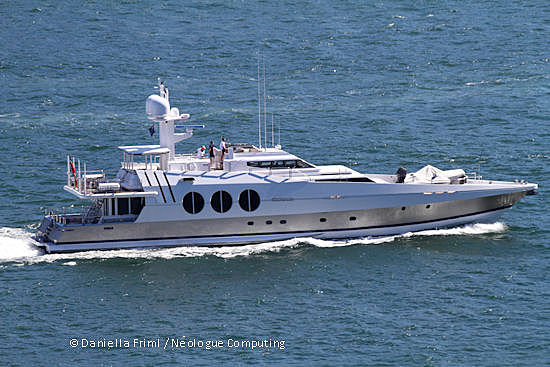 Built in 1987 by the Australian shipyard Oceanfast, to a design of Jon Bannenberg, this 36m superyacht, was built as a sistership to Never Say Never. Her large circular windows, were a signature of her designer, who used this design feature on several yachts built in that period, such as Stefaren and Opal C.