With the official opening of the Ao Po Grand Marina, Phuket’s latest and most spectacular Marina development in the North East of the island, Yacht owners can now berth their superyacht there. Construction of the Marina started in 2006, and the Marina is now open for business. With an impressive capacity of 200 berths, the Marina can host yachts of any boat length from 6m up to 80m+ and has a special focus on facilitating Superyachts. 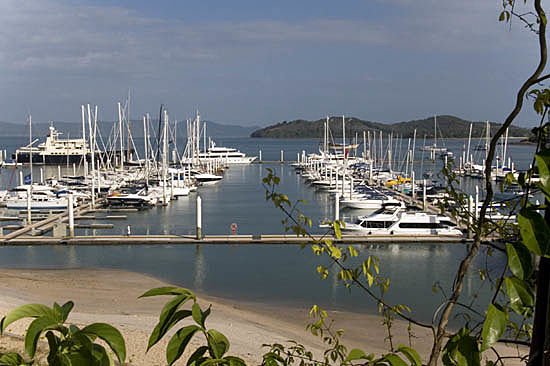 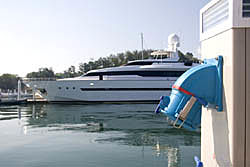 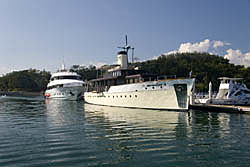 The Marina, located just 15 minutes from Phuket International Airport, is the first phase of a larger real estate development project covering 150 rai of uniquely located land. Upon completion in 2013, this prestigious project will consist of a Marina Village (featuring all major facilities like restaurant, bistro, clubhouse, retail outlets and offices for marine-related businesses), a five-star and 80-room boutique hotel, two man-made lagoons and an exclusive array of private real estate villas.

Phang Nga Bay is a favorite destination for charter boats. As Ao Po Grand Marina has direct access to the Bay and no tide restrictions it is attracting some of the big players in sailing charter holidays. Sunsail moves to the Grand Marina as of May 2009 and Amancruises (charter operator for the Amanpuri resort) and Tawan Cruises already did so in October last year. Also for quite a few of the up-market resorts located on islands in the Bay the use of the Grand Marina to transfer their guests was a logical choice. 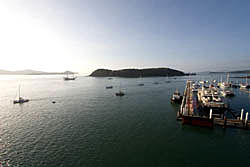 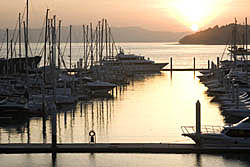 A fleet of 60 odd yachts settled itself comfortably and safely in Ao Po Grand Marina on January 26, 2009 in anticipation of another great regatta around Thailand's most famous bay, Phang Nga Bay. The Ao Po Grand Marina sponsored the opening party of this 2009 edition and invited all competitors to stay overnight free of charge in order to have an easy and quick start of the regatta the next morning. This generous offer was taken up by most of the yachts taking part, resulting in a very well attended opening night where as usual food was aplenty (also sponsored by the Grand Marina) and drinks fully in line with that.

"Everybody was greatly pleased with the event. The opportunity to have their yacht in the Grand Marina cut down on their logistics enormously", says Mr. Simon Grant, Marina Manager of the Ao Po Grand Marina. No catering with rocking dinghies as usual but provisions went straight from the walkways on to the boats. The yachts left early Tuesday January 27 to start their regatta around the Bay. The Phang Nga Bay Regatta is a unique annual event attracting more competitors every year. Now in its 12th year some 60 yachts went out competing in 6 classes.