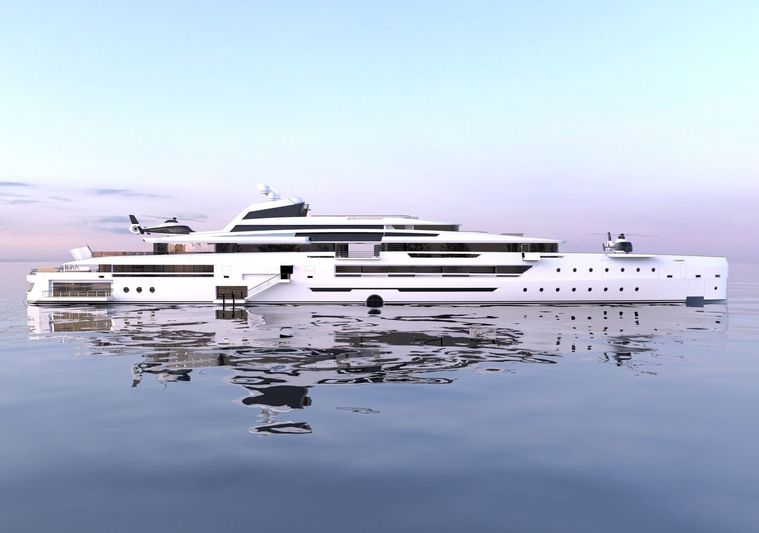 As evident from the renderings, the 114-metre concept has a sleek and dynamic profile. She features an unusual length to volume ratio and an innovative use of outdoor spaces.

"Most of the yachts of similar size that I've seen looked too big to me, more like transatlantic cruisers. I decided to find out if I could make a sleeker one", says Aparicio de León. He continues, "As a result, Ines' beam is 15 metres, compared to the normal 18–20 metres. That what I was looking for: the volume of a 95 or a 100-metre yacht on a bigger vessel." 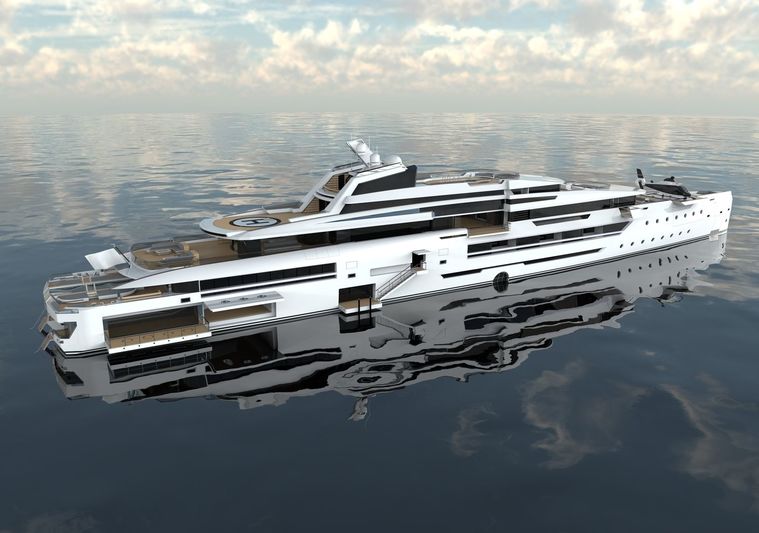 To both enhance her seaworthiness and to give her enlarged inner spaces, the concept has been given a vertical bow. Ines' profile also features an unusual glazing with a series of traditional round portholes. "The portholes are really old-style. I like them, I think it's something yachting should never lose with all the brand new designs that we see today. Everybody is now creating yachts as if they were Lamborghinis - so futuristic. I wanted to make something which is modern but timeless", explains Aparicio de León.

The biggest porthole on the waterline level belongs to an underwater lounge that is situated between the lower deck and the machinery deck which will also provide the yacht with amazing panoramic ocean views. 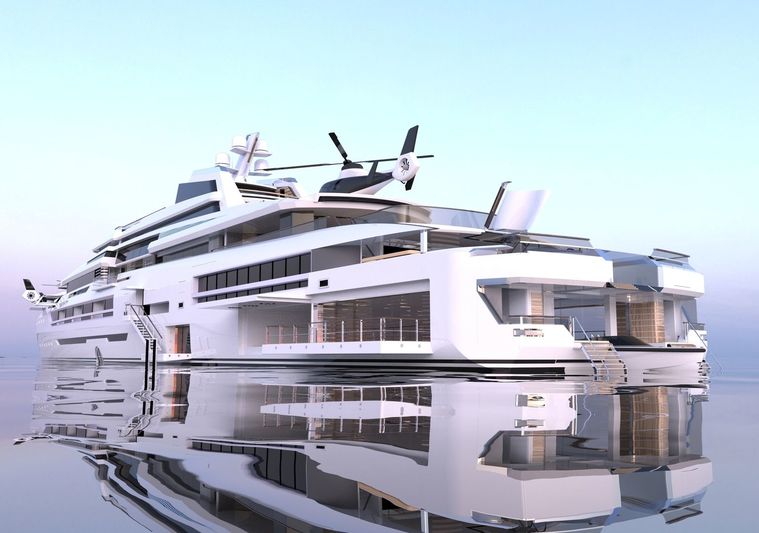 The generous owner's area on board the yacht is located on her upper deck. Aside from the master suite, it can incorporate an office, a pair of walk-in closets, separate bathrooms and a dressing room. In addition, there is also space for two large VIP cabins that can also be replaced by a private lounge, a cinema and a library.

The forward deck lounge on this level has also been carefully thought-out and organized by the designer. "Many times I've seen yachts that have this area closed, so the owners lose some precious space. I thought there should be a place to sit and relax and enjoy the cruise,"  says Aparicio de León.

On the bridge deck, there are two more VIP cabins and the main deck can also house up to eight additional cabins. Furthermore, if desired, these two VIPs cabins be replaced by a full beam cabin with two foldable terraces, or an additional dining area with either an indoor saloon, or an outdoor saloon boasting 240-degree views. 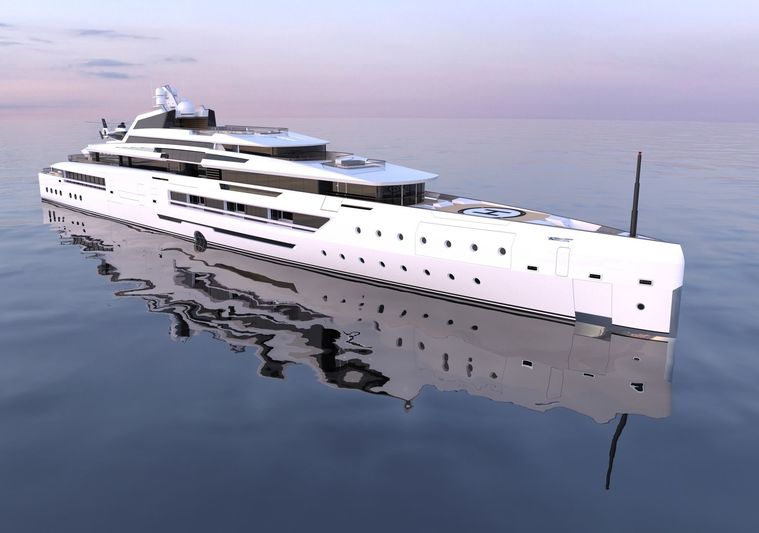 Ines' beach club features an inside-outside pool that also acts as a part of the tender launch system. The beach club will be lit from above, with daylight filtering in through the glass-bottomed pool of the same size which is found on the main deck.

The garage is located next to the beach club and provides enough space to store two limo tenders (10.8m and 8m), four jet-skis and a U-Boat Worx Super Yacht Sub 3 submarine. Two more ribs for the crew can also be stored underneath the touch-and-go helipad which is located on the bow. As evident from the renderings, Project Ines is also equipped with a normal helicopter landing pad on the upper deck. 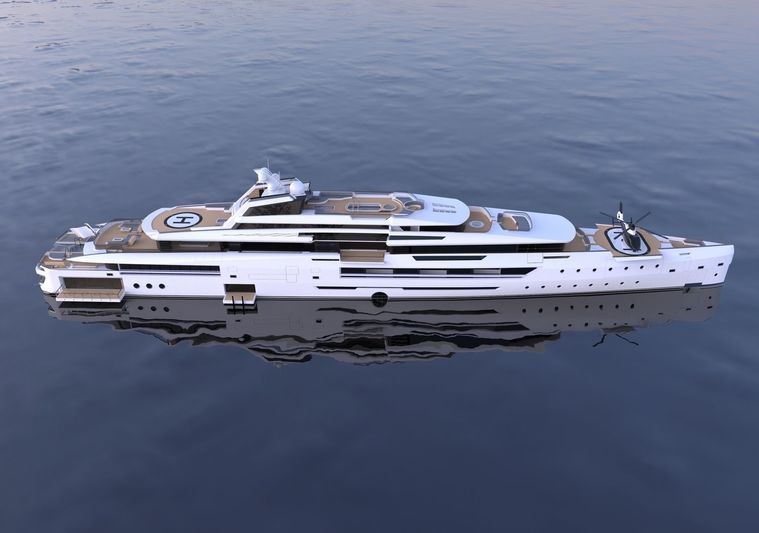 Designed to accommodate up to 20 guests on board, Ines also has space for up to 42 crewmembers. As expected, the finer details of her design and layout are currently open to development with a future owner or yard.

Aside from Ines, Aparicio de León has previously designed numerous other superyachts over 50 metres, including an 85-metre superyacht concept called 'T' in 2013 and a 50-metre expedition vessel which was turned into a private yacht. As a result of this 50-metre vessel, Aparicio de León was a finalist for the 'Young Designer of the Year' award during the ShowBoats Design Awards in 2012. More recently, in 2014, he also presented his 74-metre superyacht concept, V+A. 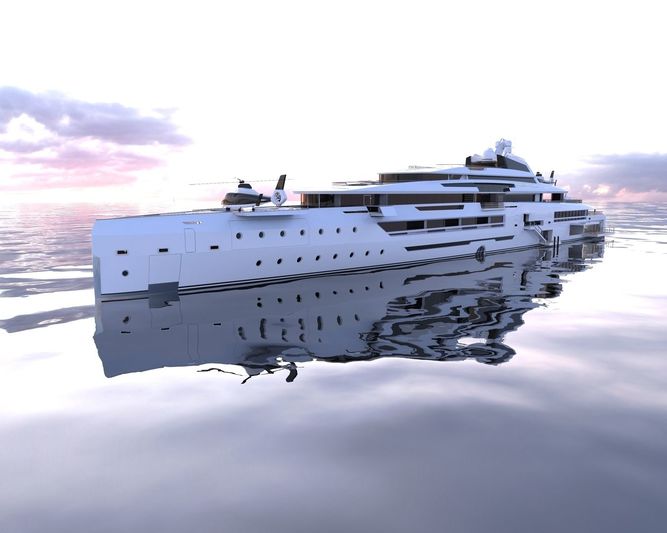