Arcadia’s newest addition to their fleet, the Sherpa model, will make her world premiere during the 2016 Boot Dusseldorf in January. Lamination of the yacht started in August 2015 with the completed hull and superstructure already visible in October where it was moved to outfitting. Her launch is scheduled to take place next month. 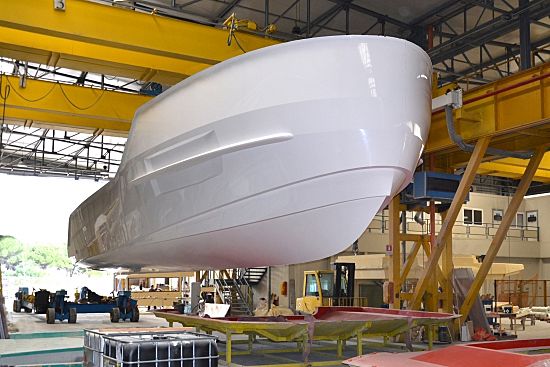 After her launch and completion of all class endurance runs, Sherpa will be loaded onto a transport vessel where she will be taken to Rotterdam towards the end of December. From here the yacht will sail up the Rhine and once in Dusseldorf, will be lifted from the water onto a cradle to be moved in an exhibition hall for the boat show. 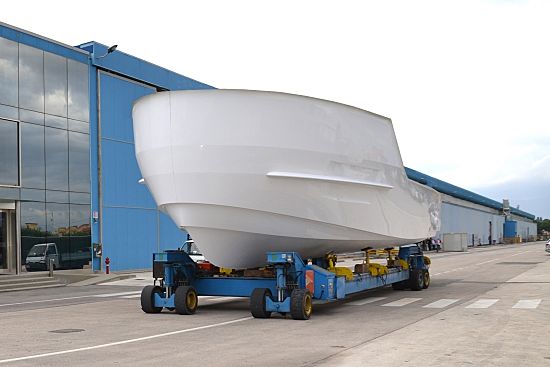 At 16.8 metres and with a beam of 5.5 metres, Sherpa is able to offer a tender garage with a volume of 247 cubic feet which is remarkably large for a vessel of this size. In partnership with Volvo Penta, Arcadia yachts have developed a highly efficient hull that is improved by new technical studies. The yacht comes with the option of two different superstructure options; an open deck for day cruising, and a salon deck that has been designed for long distance cruising. 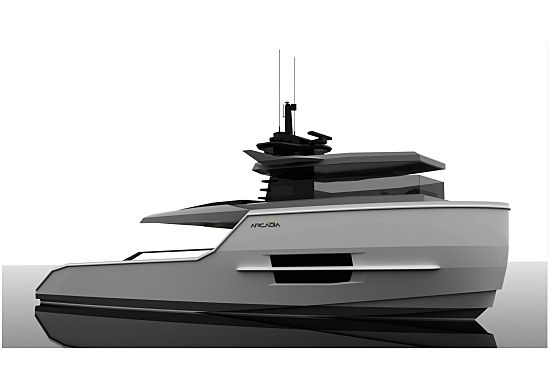 Hull number two of the Sherpa model is also currently under construction, with a scheduled delivery to take place in March 2016.