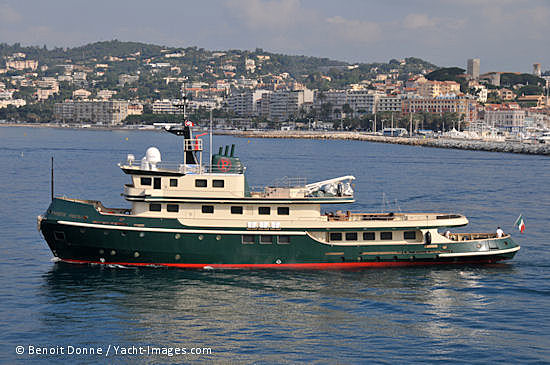 The 44 metre Ariete Primo was originally built as a commercial tug in England at the Richard Dunston shipyard. In 2005 and 2006 she was converted to a luxury tug yacht by the Ortona Navi shipyard to a design of the Yankee Delta Studio. Ariete Primo is offered for charters in the Western and Eastern Mediterranean.