One year on from its official launch event in the same location, the superyacht builder Arksen is at this year’s boot Düsseldorf showcasing their new inventions and what they have achieved after 365 days in the business. Having first met company founder Jasper Smith during the launch, SuperYacht Times learnt how the birth of Arksen was influenced by his experiences as a keen sailor and recognition of the opportunity to apply technology and innovation to the superyacht industry to benefit the planet and maximize the enjoyment of being on board. 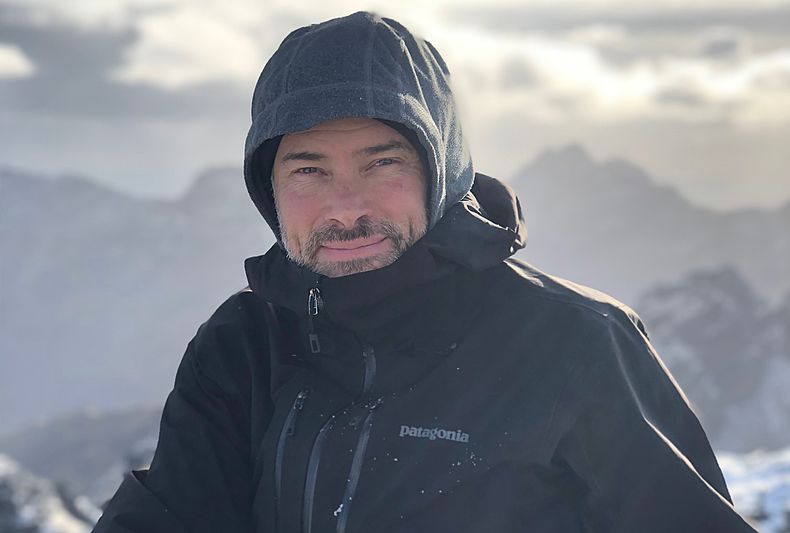 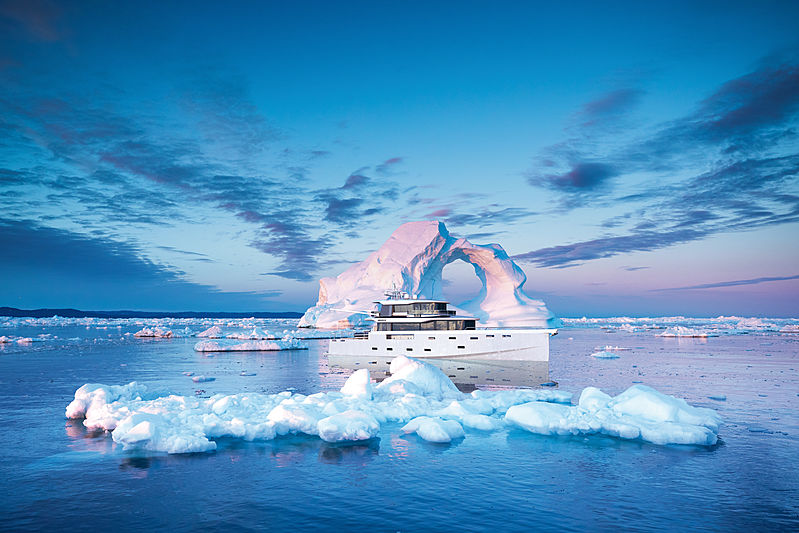 Photo: ArksenThe launch of Arksen wasn’t all talk and no action, as construction of the first 26.22-metre Arksen 85 is due to commence in the coming months at the Wight Shipyard to the designs of Humphreys Yacht Design and Design Unlimited and is due to hit the water for the first time in 2021. Part of Jasper’s vision for the company was to allow Arksen’s customers to embark on their greatest adventures and not as just a status symbol, but as a statement of intent. To achieve this vision, Arksen operates through three key elements: the Arksen Series, the Arksen Foundation and the Arksen Explorers’ Club; and now after the first year of operation, SuperYacht Times revisits the team, including the new director for the Arksen Foundation and Explorers Club, to find out more about the three new exciting updates to the company. 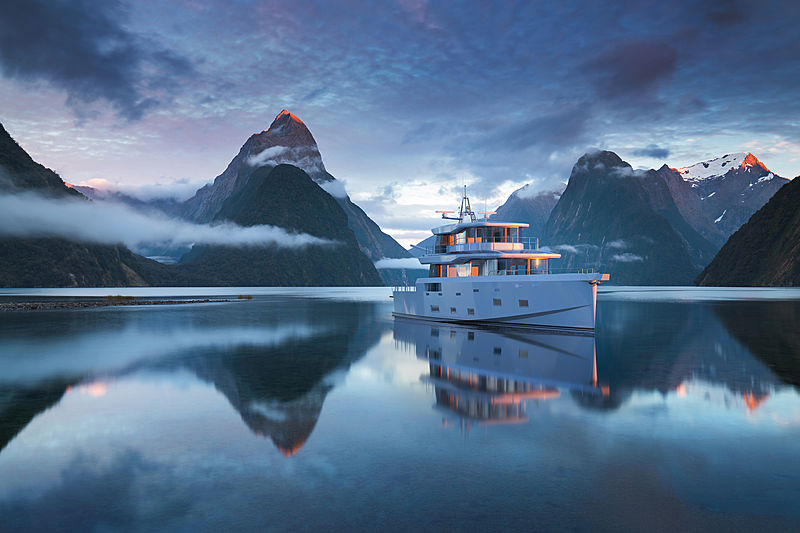 To kick off the new year, Arksen has launched the Arksen Explorers Rally and is set to host the first event in 2021. Those who wish to come together in new destinations with like-minded yachties are invited to conquer a series of expeditions curated by Arksen together with PELORUS. Participants with capable vessels are provided with the itinerary, support and infrastructure to venture off the beaten track and experience a real adventure. 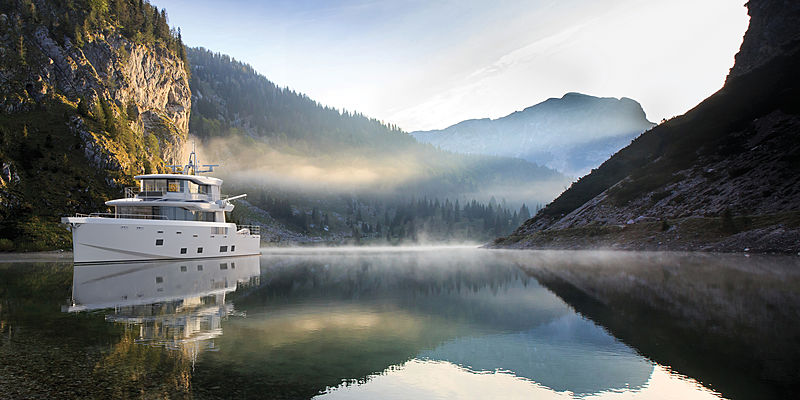 Photo: The Boundary10% for the Ocean

Also launched at boot Düsseldorf was the all-new lead campaign for the Arksen Foundation: 10% for the Ocean. Those who pledge will help Arksen to address and improve the global and systemic problem of only 1% of all charitable funding being allocated to supporting ocean-related causes. As a company dedicated to helping the oceans, Arksen is aiming to utilise their capital to fund a wide range of infrastructure, science, conservation and education projects and help support the planet’s largest living ecosystem: the ocean. The desired goal is to increase the ocean’s share of charitable funding from 1% to 10%. 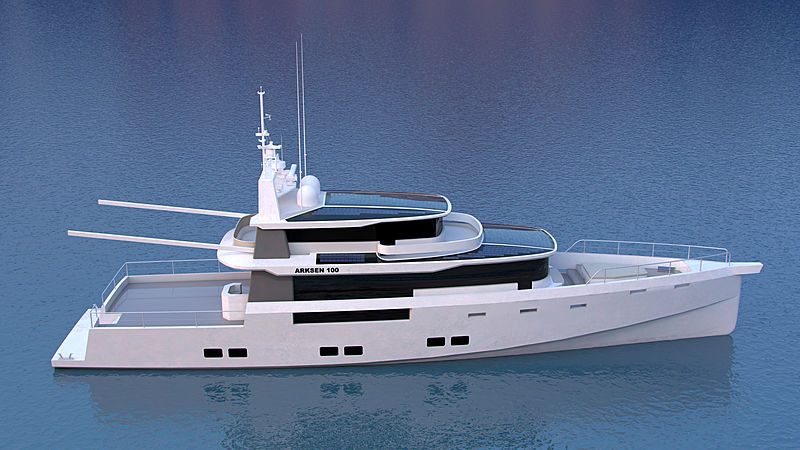 Arksen has created a new ownership model to provide more people with access to the industry, the ocean and great adventures onboard exceptional vessels. The newly-launched programme has been designed to provide members with the perks of being an owner, without the burden of financing a private boat that may only be used temporarily throughout the year. By having shared ownership of one of Arksen’s unique vessels, the full cost of ownership is offset by commercial charter for several weeks per year.

An example of how the syndicate works is explained by Alice, who, in theory, joined a European syndicate purchasing an Arksen 70. She has chosen to buy two weeks of usage per year. Her net annual cost of ownership for the two weeks per year is roughly £32,000 per year, with an additional payment of £300,000 for her share of the build costs. When she sells her share of ownership, the proceeds of the sale are hers to keep. 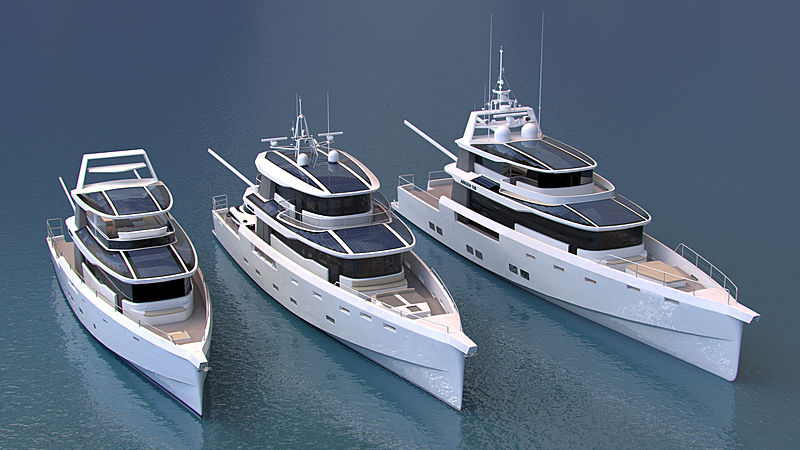 For more information about Arksen and their products, visit the team during boot Düsseldorf 2020 on stand 7a B24, or contact them directly via the details found below.

Insight: Getting to know Arksen and company founder Jasper Smith