The 2017 edition of the Asia Pacific Yachting Conference drew to a successful close yesterday on the opening day of the Singapore Yacht Show. Marking its 9th edition this year, over 160 industry professionals attended the event hosted at ONE*15 Marina across two days, with this year’s theme focusing on increased regional cooperation to promote marine tourism in the Asia Pacific region. 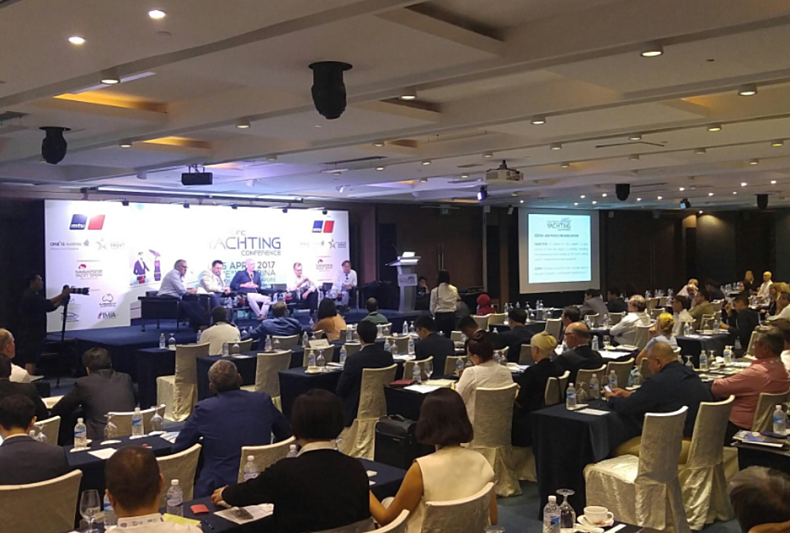 ‘Progress Updates in the Asia Pacific Region’ was the topic for a panel discussion on day one, that included Nigel Beatty (Japan), Andy Shorten (Indonesia), Rico Stapel (Thailand) and Ruurd Van Putten (Vietnam), with the general opinion being that Asia needs to champion its own cause and actively engage by connecting itself to itself across the region. “Cruising in Indonesia is not about being seen,” noted Andy Shorten of The Lighthouse Consultancy. “It is about longer-distances and an ‘unsupported’ adventure.”

In Thailand, visiting boats are getting bigger, and the charters are getting longer. The Thailand Charter Licence story has progressed, but is not yet entirely resolved despite the best efforts of the Thai Marine Business Association and strong support from the Ministry of Transport and Marine Department. Details lying with the Revenue and Immigration Departments remain to be resolved.

“Designing yachts for a new generation of cruising in Asia” also produced some interesting observations on day one from Erwin Bamps (CEO Gulf Craft), Mark Stothard (Echo Yachts) and Stephen White (Sovren House Group). Does the ‘standard model’ of a superyacht, privately owned, and accommodating 12 guests, hold good today, the speakers asked, or are Asian owners look for a bigger corporate entertainment platform? The 46-metre superyacht Charleyon display at the Singapore Yacht Show is designed both for corporate entertainment and adventure cruising. The Sovren House Group, which has formed the Maha Yacht Club, that combines luxury of a Feadship fleet with 5-star hotel management, all run under a ‘membership’ platform. 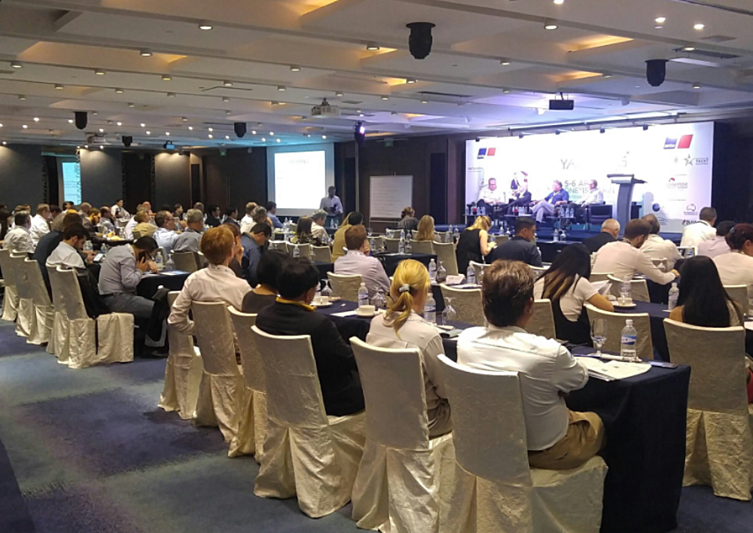 Day two saw discussions on ‘Engaging the Asian Market’, where Fabio Ermetto (Benetti) noted that Asian boat owners are not keen on chartering out their boats, and increasingly tend to view big yachts and superyachts as an ‘experience platform’ dedicated to the entertainment of family and friends – with a bit of business entertaining thrown in. Allen Leung (Heysea Yachts) acknowledged that the China market has potential but is not yet big by any measure, and Anthony Gould (Galileo Academy) pointed out that some 70% of Galileo graduates come from outside Asia – and then continue on to find placements on Asian-based yachts.

Day two also hosted a panel discussion involving MaryAnne Edwards (Superyacht Australia), Kiran Haslam (Princess Yachts), Vaihere Lissant (Tahiti Tourisme) and Lies Sol (Northrop & Johnson), considered marketing Asia as a yachting destination. The consensus was that, since Asia is a very large geographical region, marketing should ideally be on a regional basis. That would mean the various stakeholders – Thailand, Malaysia, Singapore, Indonesia, maybe the Philippines, Australia, New Zealand and across the Pacific all the way to Tahiti – clubbing together to market ‘destination Asia’ in concert. How about an ‘Experience Asia’ booth at the principal European and North American boat shows, the panel suggested. An Asia Pacific Pavilion at the Monaco Yacht Show? If everyone could only be persuaded to act together, and not compete against each other. In short, the conclusion of this conference noted that the Asia–Pacific region needs more promotion.

The Asia Pacific Yachting Conference will be back in Singapore in 2018.