“I’ve never seen so many owners have so much fun as at the Rendezvous. Who would have thought!!” said Captain Charlie (Champagne) Dwyer, when asked about the 10th year Asia Superyacht Rendezvous. Fellow organiser Gordon Fernandes, General Manager of Asia Pacific Superyachts, commented, "It's fantastic to see owners of motor and sailing yachts come together for a fun Rendezvous, everybody we spoke to said that they will be back next year!" 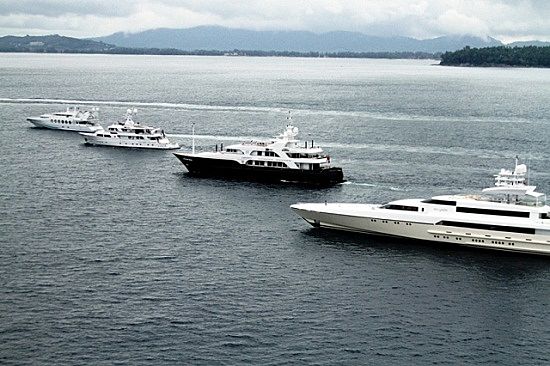 Both power and sail Superyachts from throughout the globe arrived in Phuket, Thailand, first anchoring at Nai Harn Bay. The next day’s first “sailing event” was to Pansea Bay and The Surin Phuket in continuing the prestigious 10-year anniversary celebration held December 16-18, 2010.

Thirteen superyachts had planned to participate; however, due to unforeseen circumstances, four vessels were not able to make it: Naos and Shenandoah and motor sailers Silolona and Montigne. Captain Charlie Dwyer's command, Yanneke Too, was not able to participate for the first time in 10 years as the vessel had just emerged from an extensive refit in Brisbane, Australia. The nine vessels participating in the Asia Superyacht Rendezvous 2010 included: S/Y Ananta; M/Y Cavallino; My Lady Arraya; Major Affair; Maverick II; Noble House; Perseus; Silver Zwei; and Vie Sans Soucis. 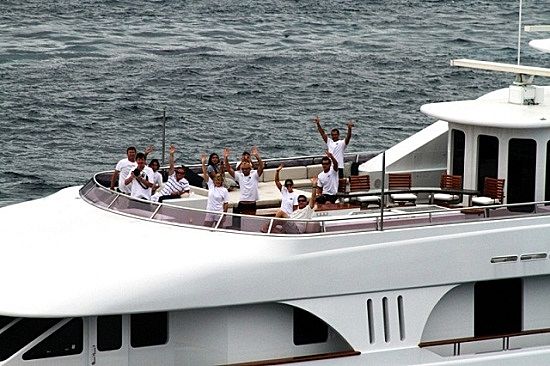 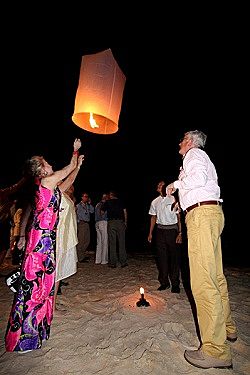 Opening the event after the ‘Captains Briefing’ was a sumptuous cocktail party on Nai Harn Bay aboard the locally based My Lady Arraya. Guests and owners of motoryachts Silver Zwei and Maverick II and sail yacht Perseus, also moored on Nai Harn Bay, joined guests for the opening Asia Superyacht Rendezvous cocktail party aboard My Lady Arraya - the renamed, iconic Bannenberg-designed Opal C, a jet driven Oceanfast build.

Long time principal sponsor Feadship was represented by Bas Nederpelt, Feadship Royal Dutch Shipyards Marketing & Sales Director and Feadship Director, Koos Zitman from The Netherlands. Mr. Zitman stated, "The 10th Asia Superyacht Rendezvous, which we’ve seen grow to a three day event this year, was a great success! The founders of the event had it right ten years ago. Feadship is very pleased we joined the event from day one and will continue to do so for the years to come as we believe in the great opportunities for superyachting in Asia.” 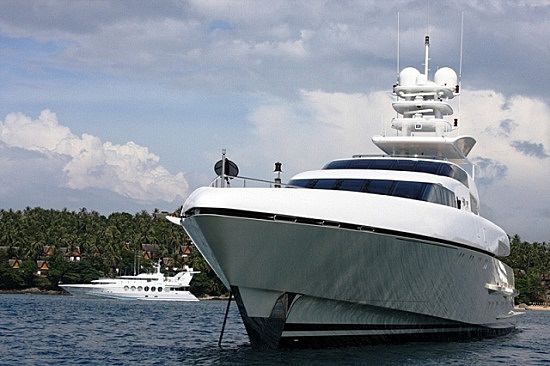 Mr. Zitman concluded, “Many of you will know that Feadship - First Export Association of Dutch Shipbuilders - was founded in 1949 in order to sell yachts to the United States and Feadship for many years has been known as the market leader in superyachts in the single most important market of the world. We hope that our ‘early initiative' in Phuket will ultimately lead to a similar market position in the Asian region, being the growth market of the coming decennia."

Rolling Stock Managing Director, Rupert Savage, commented: “On behalf of the Rolling Stock Group, it was a great pleasure to be one of the co-sponsors of the event and the Rolling Stock Crew Party. The entire event was extremely well organized and enjoyed by us and our guests. This type of event is a wonderfully informal way of meeting new people and making new contacts. Clearly, Asia is a wonderful cruising ground and I am confident that more and more Superyachts will visit over the coming years, which will of course increase demand for Superyacht Services. The Rolling Stock Group is here to look after our clients in Asia as well as Palma de Mallorca and around the world!” 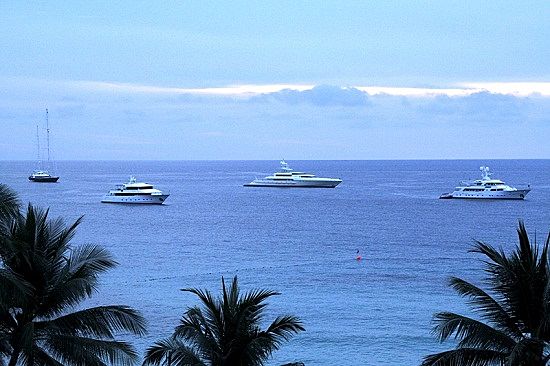 Four of the five renowned premium world-class marinas in Thailand are located in Phuket and the island cumulatively plays host year-round to more than 1,000 resident yachts; attracting more than 300 visiting craft and more than 30 superyachts - extremely high-end yachts that are privately owned and professionally crewed. Many of these vessels participate in the Asia Superyacht Rendezvous, the longest-running event of its kind in Asia and boasting the largest gathering of superyachts in the region.

Many participants extend their visit to cruise the Andaman Sea for a fantastic yachting holiday at the world-class cruising ground. The exclusive event combines “sailing events” with plenty of superb dining, parties and a chance for superyachts to come together and catch up both on and off the water. Among popular events was the ‘Feadship Challenge’ model boat building & races and the closing spectacular East Meets West themed “Boat International Media Gala Dinner’. Many of the guests continued the festivities in joining the “Rolling Stock Crew Party” at a nearby beach.

Supporting superyachts worldwide, Asia Superyacht Rendezvous is the longest-running event of its kind in Asia and boasts the largest gathering of superyachts in the region. The Rendezvous is a major annual international event for superyachts scheduled for December 16-18, 2011 in Phuket, Thailand.