Power and Sail Superyachts will be streaming into Phuket, Thailand from the Mediterranean and other international seas to enjoy the prestigious and fun Asia Superyacht Rendezvous December 16-18, 2010. The event is increased in 2010 from two to three days, with a second race added and more time for relaxed socializing. 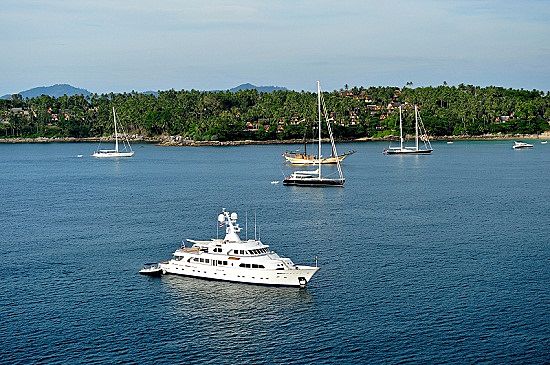 The first wave of Superyachts confirmed, include: the 50M M/Y Perseus built by Perini Navi in 2001; the M/YMaverick II, built by Sterling in 1988; the 57M S/Y Montigne built by Aegean Yachts in 2009; the 40.3M M/Y My Lady Arraya built by Oceanfast in 1990 and based in Thailand; the 36.07M S/Y Vie Sans Soucis built by Kings Yachts in Taiwan; the 74M M/Y Silver Zwei built in 2009; and the 49.7M S/Y Silolona of Indonesia, a traditional wooden Phinisi schooner hand-built in 2004 by Konjo craftsmen from south Sulawesi. Arriving from around the globe to celebrate 10 years of this Superyacht Event in Asia, some vessels will continue on to enjoy an extended Andaman cruising holiday during the cold European winter.

Owners and captains seeking to extend their sunny South East Asia holiday will be awarded an amazing treat, report Gordon Fernandes, General Manager of Asia Pacific Superyachts and Captain Charles Dwyer of the Yanneke Too, organisers of the prestigious event: “While enjoying a luxury yacht setting, some of the owners and captains extend their holiday and stream out for the distinctly different cruising on Thailand’s Andaman coast following our event. Owners, Captains and crew love visiting Phuket as South East Asia offers so much in diversity and adventure. Phuket is stepping up to be the Monaco of the East!”

A post-event Andaman sea holiday is part discovery of the more than 100 islands, mostly uninhabited; along with an amazing marine life, tremendous geological formations, a vast cultural diversity, intriguing historical legacies and crystal waters. All these factors add up to a region that equals anything in the established superyacht grounds of the Mediterranean or the Caribbean. The Andaman area is fast reaching a goal as the world's next “Superyacht Playground”.

The annual Asia Superyacht Rendezvous has been a significant factor in helping put Phuket and surrounding areas on the global map as a premier Superyacht destination. The elite Asia Superyacht Rendezvous will once again be headquartered at the luxury Host Hotel, The Surin, Phuket (formerly The Chedi, Phuket) at Pansea Bay. Gordon Fernandes reports, “The growth potential for Phuket and the surrounding areas is massive as there are thousands of these ‘floating palaces’ in Europe - yet there are no berths left for them at marinas! South East Asia can provide this - another major reason to bring these yachts to Asia for the winter.”

The event is a huge bonanza for the area in attracting more and returning sail and power Superyachts. According to a recent article, “…for an average 50 meter yacht, the owner and crew can be expected to spend about US$90,000 (2.7 million baht) a month, or 90,000 baht a day.” With a full marina - and adding in the increased level of spending by the mammoth superyachts - these numbers reflect more revenue to local businesses and more gainful employment, further complimenting Phuket’s growing economy.

The Superyacht, Silolona, will welcome Asia Superyacht Rendezvous guests aboard for the December 16 opening “Sunset Cocktail Party” on quiet Nai Harn Bay. The following day’s first race on December 17 will have sailing vessels accompanied by mammoth power ‘floating palaces’ on a course from Nai Harn Bay north to south to Pansea Bay. A second race will be held December 18, racing from Surin Bay and back, with courses set forth by renown Race Director, Andy Dowden.

The allure of Surin, awarding complete privacy in an exotic Asian destination within a growing ‘Asian Rivera’, makes it a perfect venue for the Rendezvous parties after the Superyacht Silolona opening party; other parties include: “The Challenge” model boat races & cocktail party at The Surin, Phuket; the “Rolling Stock Crew Party”; and the VIP “Boat International Media Gala Dinner”.

Organisers note the growth and increase in activities is due to the generosity of Sponsors, including: Principal Sponsor Feadship; Co-Sponsors Merle Wood & Associates, Rolling Stock and Asia Pacific Superyachts; and Host Hotel, The Surin, Phuket. Joining as the exclusive International Media Partner of this very special tenth anniversary edition of Asia Superyacht Rendezvous is Boat International Media, the world’s leading media group serving the superyacht industry and Regional Media Partner, YACHTStyle magazine, out of Hong Kong. 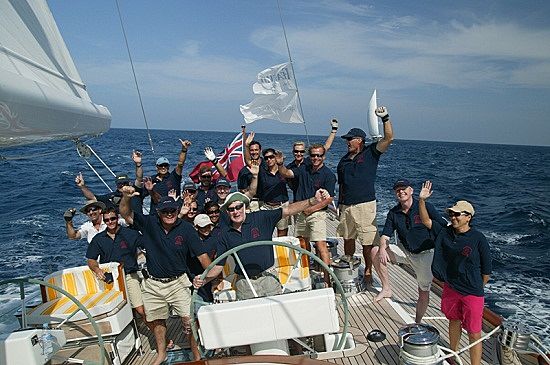 The 2009 race was enthusiastically chronicled by Captain Charlie, commenting they are looking for even more exciting races in 2010: “2009 was the most successful sailing event the Asia Superyacht Rendezvous has had to date! The boats were evenly matched and the crew worked as well as I have seen in any event. The sight of the Superyachts sailing within a few boat lengths of each other was truly spectacular. It was Superyacht racing at its best!”