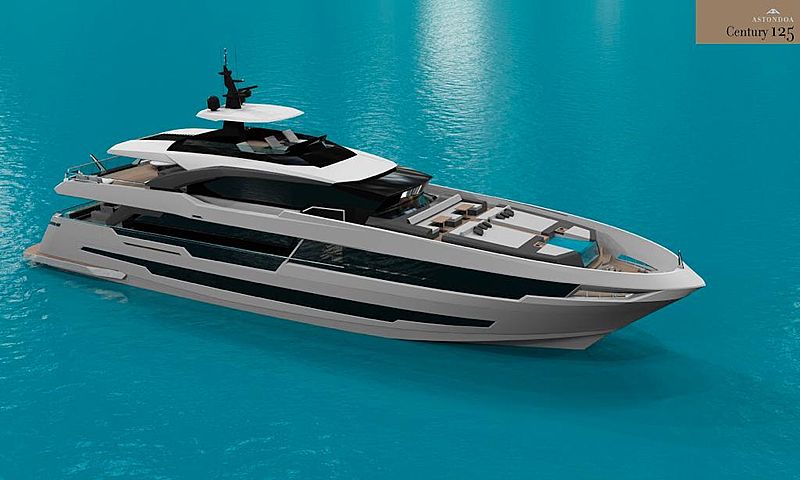 The 125 Century will measure 38.20 metres and promises a classic and timeless design with major innovations. On the upper deck, the yacht will have a skylounge, along which walkways lead to a sun terrace and swimming pool aft. It will also feature a modern flybridge with spacious sun terraces.

This yacht can feature five to six staterooms depending on the owner’s preferences, with the full-beam owner’s suite being situated on the main deck. The spacious owner’s stateroom boasts a living room with large windows and will have rear and side access doors. The other suites, all with ensuite bathrooms, are located on the lower deck. Additionally, there are three crew cabins.

The modern design of the 125 Century’s transom will feature a generous beach club and a large side-opening garage.

The 125 Century will be propelled by twin MTU 16V2000 engines, allowing her to reach top speeds of up to 22 knots and giving her a range of 500 nautical miles.

Astondoa will also be launching new models and updates on all of its other lines.