Following rigorous sea trials off the Spanish coast, Astondoa has handed over its first 100-foot and second model in the Astondoa Century range to her owner this month. The 30.5-metre motor yacht will now get ready for its official unveiling in Cannes next month. 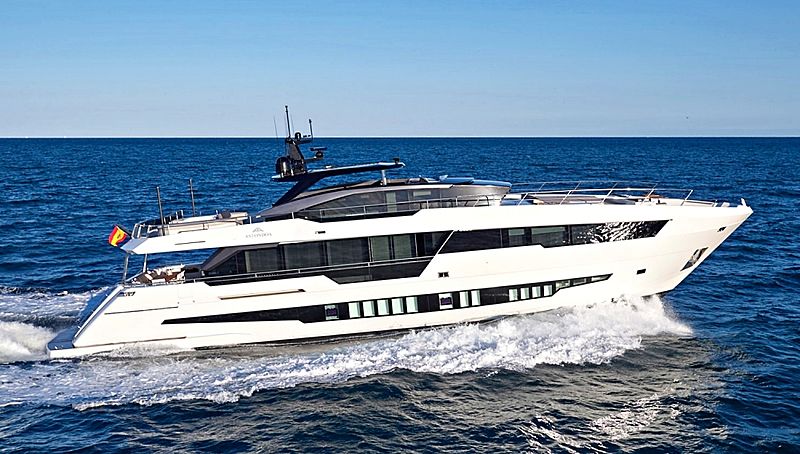 Astondoa’s in-house design team is once again behind the exterior of the yacht and commissioned Cristiano Gatto Design, who worked closely with the owner, to design the interior. Lending much inspiration form the 110 Century, the 100-foot version is also styled with a high freeboard and sleek upper deck structure.

The 100 Century carries 10 guests in four staterooms on the lower deck and a master suite on the main deck forward. A top speed of 26 knots is backed up by a comfortable cruising speed of 22 knots.