Spanish shipyard Astondoa has unveiled its latest superyacht: the 25.25-metre motor yacht AS8, with the launch of the first hull expected to take place during the second half of 2020. The vessel represents the largest new yacht to join Astondoa's Flybridge range and two units of the model have already been purchased, according to the shipyard. 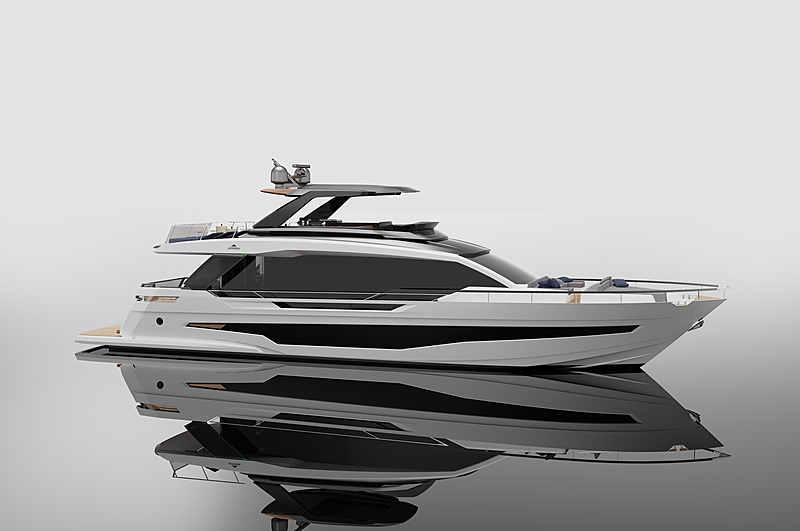 Photo: Astondoa YachtsMeasuring 25.25 metres and with a beam of just over six metres (6.04 metres), the AS8 has a sporty feel and a contemporary yet functional design which is designed to create a comfortable and relaxing atmosphere for onboard guests - a trait which is highlighted by the presence of large windows in the hull. 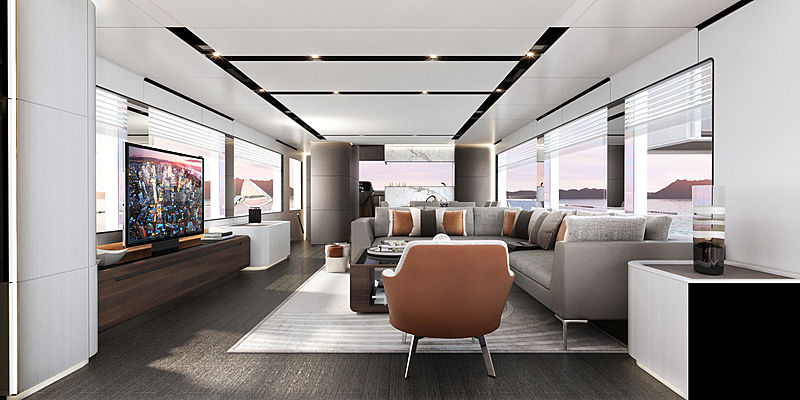 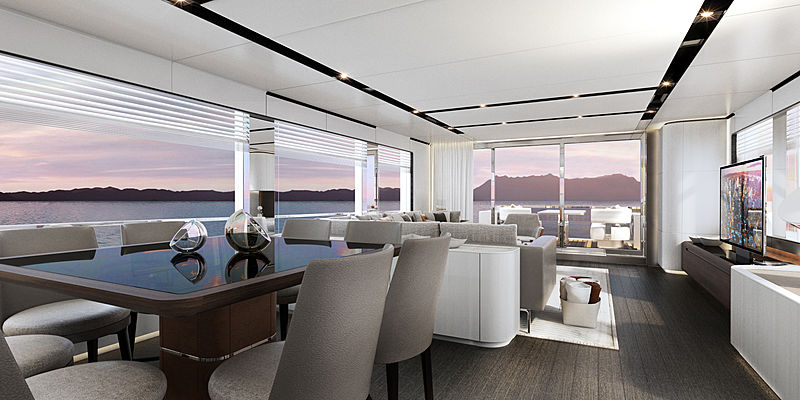 Photo: AstondoaThe exterior design of the all-GRP AS8 features a spacious high bridge which spans the width of the boat, allowing her captain ease of navigation in all conditions. 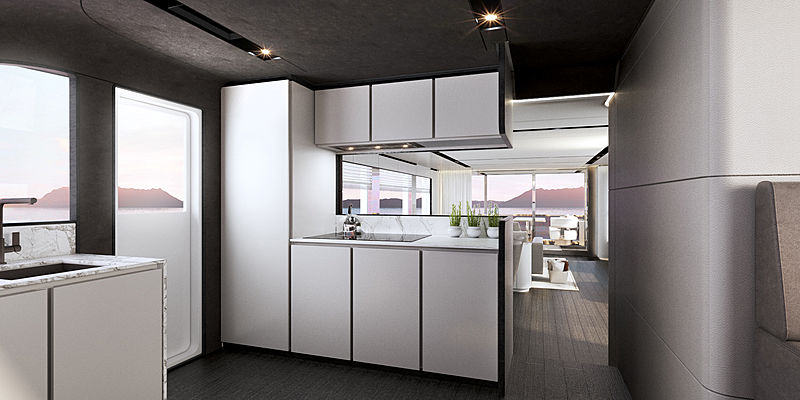 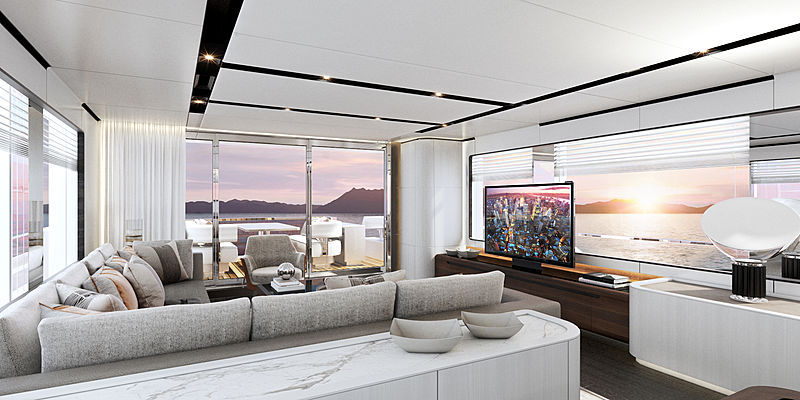 Photo: AstondoaMoving down, the main deck of motor yacht AS8 features an unusual layout in which her large living room forms a single space with the kitchen, opening up to a spacious solarium with comfortable sofas and teak floors. 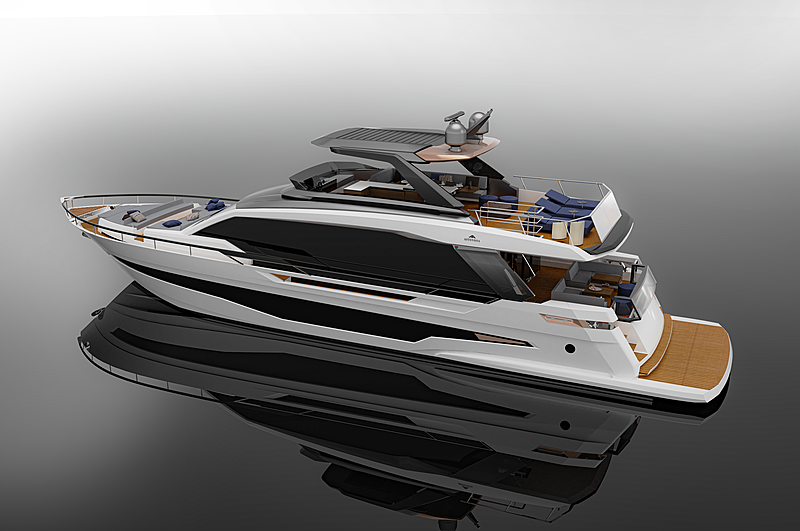 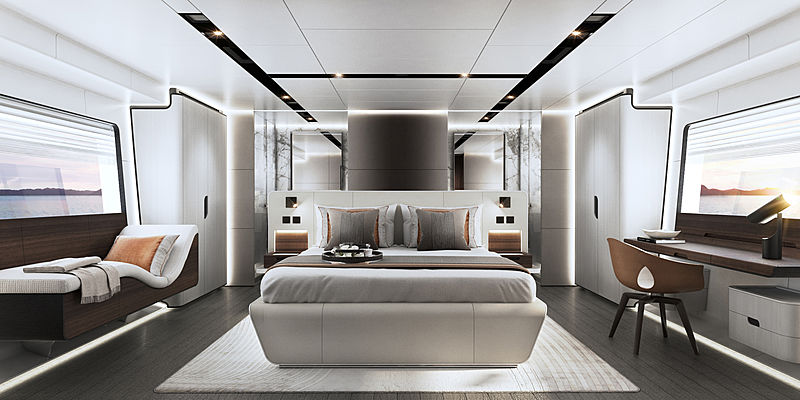 Photo: AstondoaOnboard accommodation on the AS8 can be found on the lower deck, in which 12 passengers are housed across four generous ensuite cabins, with two possible configurations available for the owner's stateroom and two crew cabins completing the sleeping quarters. 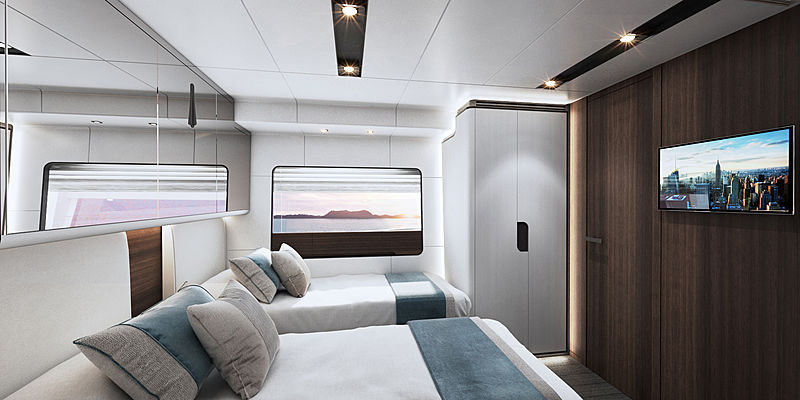 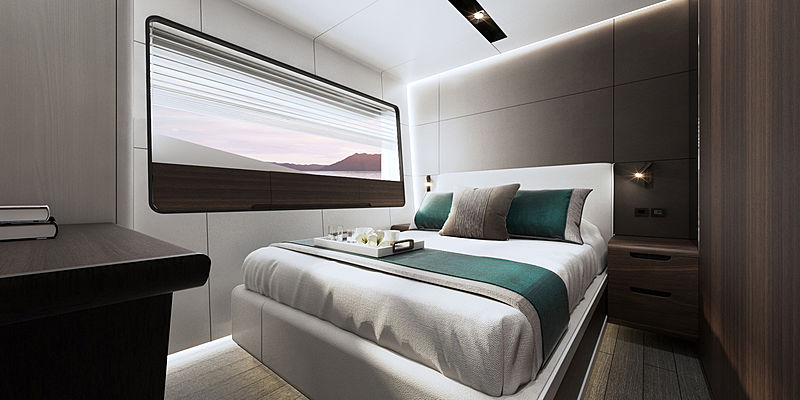