Diana Yacht Design has been one of the Dutch yachting industry’s most constant players since the company was established in the early 70s, but the retention of this presence hasn’t come without its ups and downs. Established as the Dutch, Italian Association of Naval Architects (Diana), the company soared in the early 80s, boasting a strong team of 15 employees working around the clock on projects for some of the biggest shipyards in the world. When the oil crisis hit in the late 80s and the consequential cancellation of several important projects, Diana were forced to quickly adapt to this precarious situation. 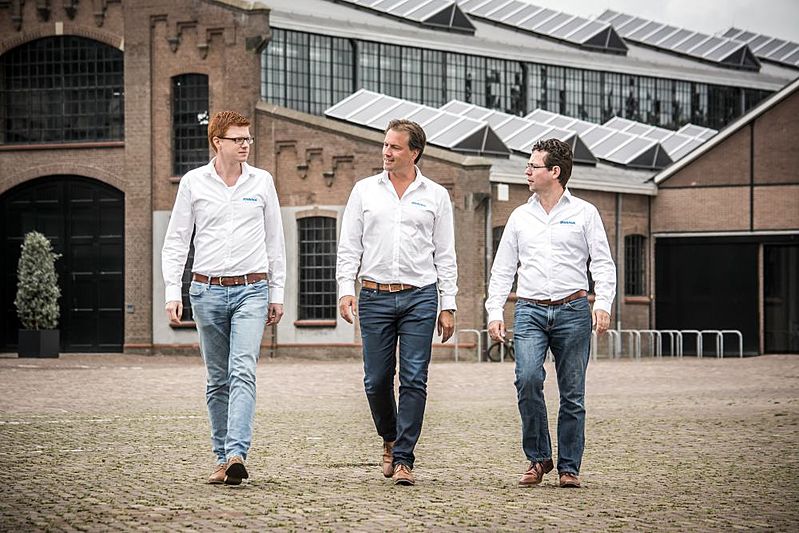 The workforce was cut to a strong, core team, with outsourcing now forming an integral element contributing to their sustained success. This formula proved itself when the company were commissioned to undertake the naval architecture and engineering of the 92 metre Evergreen (Now Attessa IV) in the mid-90s. At the time, Evergreen easily slid into the list of the world’s top 10 largest yachts, strengthening Diana’s position in the market to new heights.

Creative Director, Hans-Maarten Bais, explains this philosophy further, “A strong core team and personal approach to the way we interact with clients is the cornerstone of the business, and we have expertise across all disciplines in-house. This was the case when the company was founded and still is in 2016 - the number of employees doesn’t make the business, but the quality of the people we have in our workforce.”

With the industry weathering a new storm in the form of the Financial Crisis of 2008, this was clearly a smart philosophy to follow. With Bais joining in 1998 and slowly but surely taking on the responsibilities - and shares - that lead to his position today, the Financial Crisis was his first and potentially last chance to tackle a crisis as one of the directors.

“We realised the playing ground had changed in the yachting industry, and it became more and more important to chase leads. Financial Manager, Jerry Lakeman, and I therefore started excessively travelling around the world, fervently attending all the boat shows we could. All of a sudden we were back in business again. We expanded our network immensely and were even able to grow. I believe that the decision to proactively chase every opportunity during those unsteady months is the best choice we have ever made.”

Here, Bais elaborates on the journey of the company, and what we can expect from the studio at the heart of Dutch design.

The rebuild of Legend was completed earlier this year. Tell us about your involvement.

I first visited Legend (then Giant I) in 2007 with another client in Genoa. Unfortunately this client didn’t continue the project. After I heard the boat was heading to Holland for a rebuild I contacted the new owner and told him that we had been on the boat several years ago and had some original construction drawings if he was interested. We talked and made an appointment to meet. 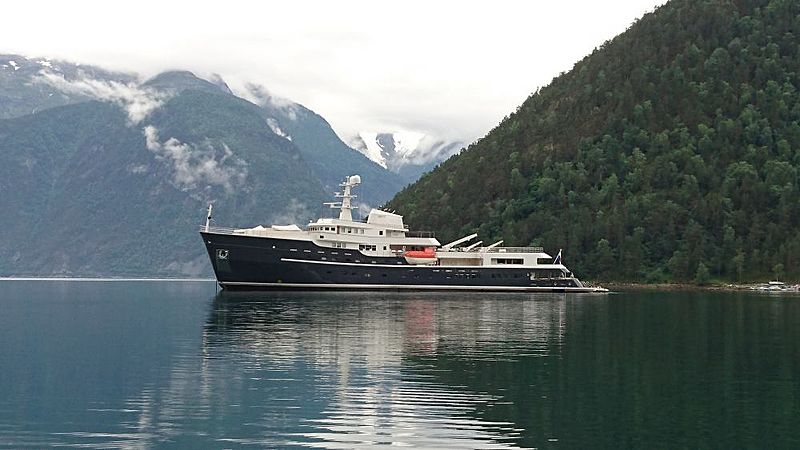 I brought some preliminary sketches with me, and he liked them so much that he asked me to make a quotation for the whole job - all of a sudden we had a 77 metre refit job. She was lengthened in the stern by 3.6 metres, completely restyled with the extension of the superstructure and rebuilding of the mast to make her sleeker and more attractive. Amongst the long list of undertakings, the aft deck was also transformed into a fully classified helicopter deck, and she is fully Lloyd’s and SOLAS certified. We’re really proud of the final result.

You did the naval architecture on board Bijoux. Considering the financial difficulties that Moonen went through last year, was it ever a worry that she wouldn’t be completed?

Moonen was in a very difficult time. We had two projects under construction - one of which is still under construction, the Martinique... It was a hard time, but we kept in good contact with Moonen and they were confident that they would continue. We know them really well and we’ve worked with them for a long time. We told them that we would support them in any way possible through the difficult period. We’re really happy with Bijoux and it showed Moonen is a strong shipyard capable of keeping to their commitments even in hard times. I’m convinced that Moonen will continue and our relationship will remain fruitful.

What is your favorite project you’ve worked on over the years?

In general I can say that the projects where we work very closely with the clients are my favourite. Creating something which does not exist and will be used and enjoyed for decades is a very satisfying thought.

The one I liked most was Heliad II, which we built with Lynx Yachts. The nice thing about this project is that the complete styling, naval architecture and engineering was done by us, with a close collaboration with the interior designer. The owner liked classic motor yachts, but wanted a modern light interior. This combination worked out really well. She will be a truly classic with a modern twist and a surprisingly light and spacious interior. 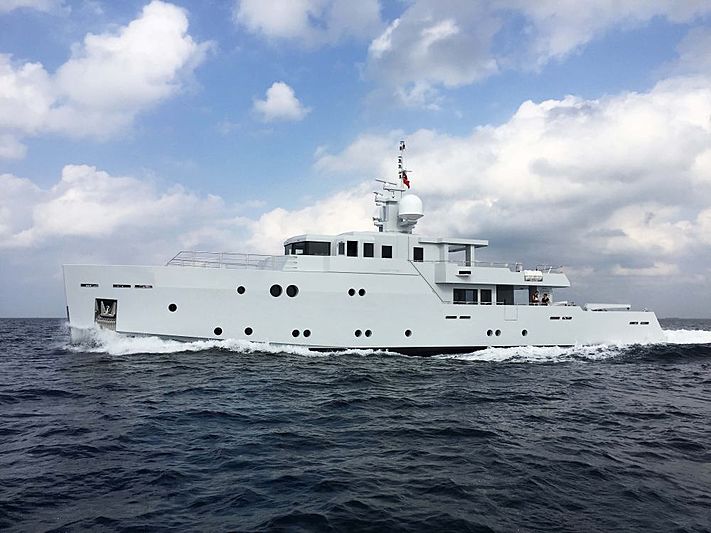 The other one is Pamela V. We spent two years with the client, making designs and talking to shipyards. He wanted to know everything about all the details, which pushed us to look further. We had some new things on board Pamela V, a 8.1 metre tender, a side swimming platform and a full deck for the owner and his guests. The owner wanted his stateroom at the position where traditionally the wheelhouse is. We were able to find a solution by mixing up the complete layout to make this work. None of these things had yet be done on a classic design of only 45 metres.

What is on your drawing board right now?

There is a lot on our drawing boards at this moment, we have several projects all in different stages. We have the 38 metre Hakvoort BN250 with Hakvoort, due to be launched in 2017 in which we are responsible for the naval architecture, construction, exterior styling, and engineering design. Another project with Hakvoort is a 63 metre, with a scheduled launch in 2018. The cooperation with Hakvoort started back in 1986 with the build of the 43 metre motor yacht Hilarium (ex-Lady Alice). Now, 30 years and many yachts later, we are still working together.

In Poland we have a nice project under construction with Reymond & Langton, a very cool 40 metre design, as well as the refit of the 38 metre Seawolf in Italy. We also have two 38 metres together with Tansu, for both yachts we will do the naval architecture and engineering, and we’re working hard on around five new concepts for some prospective clients. So it’s safe to say we’re quite busy, and we’re certainly looking forward to the future!

This article was featured in the 10th edition of the SuperYacht Times newspaper. Subscribe now and never miss another issue.

Superyacht of the Week: Caribbean cruising on Moonen’s Bijoux