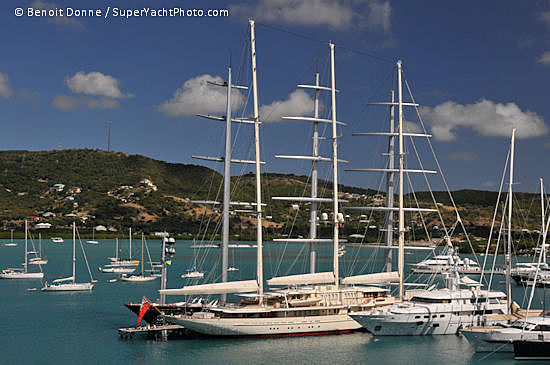 Athena and Maltese Falcon in Antigua

Two of the world’s largest sailing yachts, the 90 metre Athena and the 88 metre Maltese Falcon, side-by-side in Antigua on 5 February 2009. Athena was built in the Netherlands by Royal Huisman in 2004 and Maltese Falcon was built in Turkey by Perini Navi in 2006.