Home > News > Superyachts Attessa and Attessa IV side by side 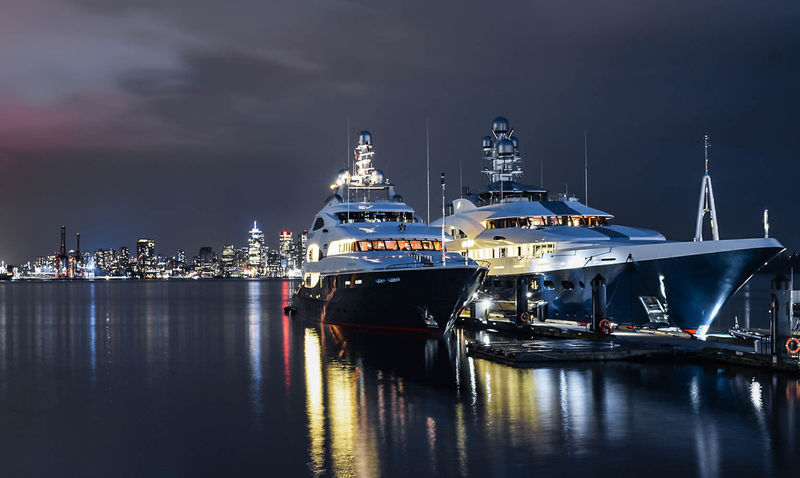 Photo: Gregoz PhotosSeen here side by side in their home ports are the two superyacht Attessa and Attessa IV. Belonging to the same owner, the two yachts are rarely seen together, with Attessa IV spending much of her time on the east coast of the USA. Previously named Aviva, the 68.5-metre Attessa was launched at Feadship in 1998 as a collaboration between Winch Design and Glade Johnson. The 100-metre Attessa IV on her port side was originally built in 1998 as the 92-metre Evergreen by Evergreen Shipyard in Japan. In 2007 she was bought by her current owner who completely re-built the yacht over three and a half years, with new exterior lines and interior decorations by Glade Johnson Design.

The Feadship superyacht Attessa at sunset