Turkish shipyard AvA Yachts is set to debut its 34-metre superyacht Kando, the first of its full displacement Kando series, at the Cannes Yachting Festival this September. Having entered the final phase of her construction, the 34-metre Kando 110 will be at anchor for the Monaco Yacht show following her premiere at Cannes after she has been delivered to her Norwegian owner summer 2018. 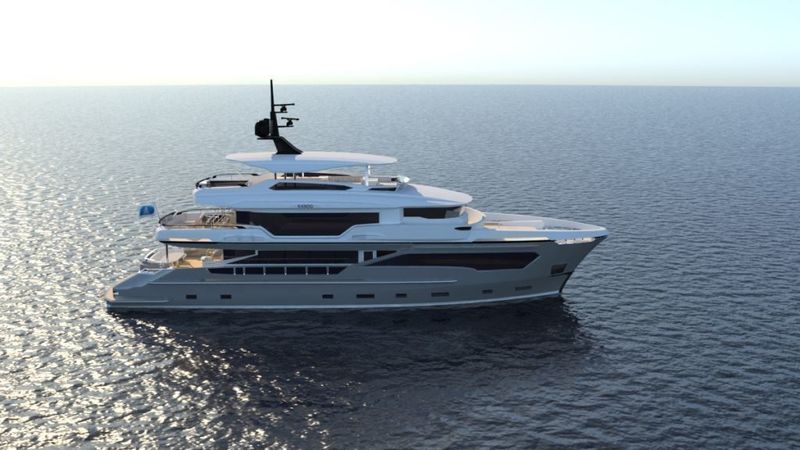 Photo: AvA yachtsThe in-build Kando is characterised by her contemporary styling, featuring a steel hull with a bulbous bow and aluminium superstructure. Kando's exterior was designed by in-house naval architect Atilla Küçükdiker. Her modern interior, which will include stainless steel fittings and cabinetry, also comes from the in-house team at AvA Yachts. 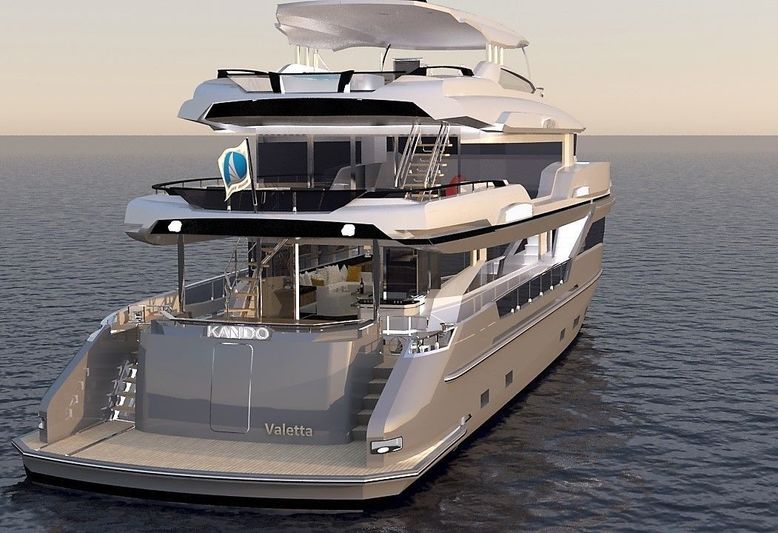 Photo: AvA YachtsOnce complete, Kando will feature four decks with a five double cabin layout that will include a full-beam master and VIP suite on the main deck, with floor to ceiling windows. High gloss American walnut and wenge will be utilised throughout, combined with dark leather furniture and satin wenge flooring interspersed with carpet and off-white upholstery, offering a soft and luxurious ambience for her guests. 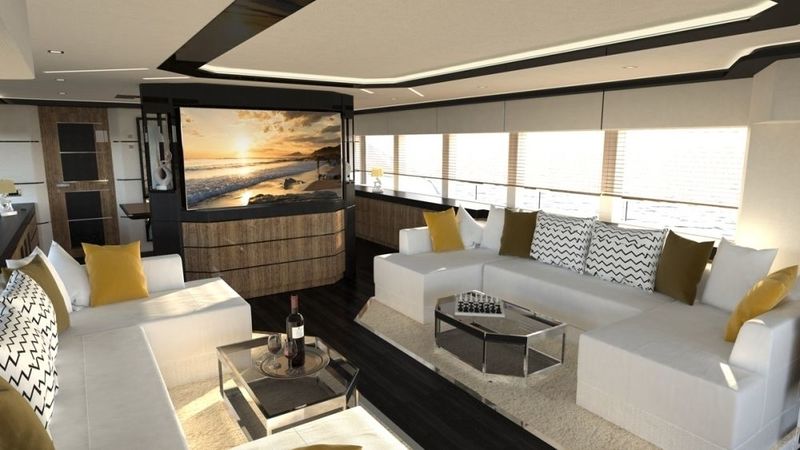 She is also set to feature a 48 square meter lounge on the main deck, with space for a six-person jacuzzi, a bar and a barbeque area. 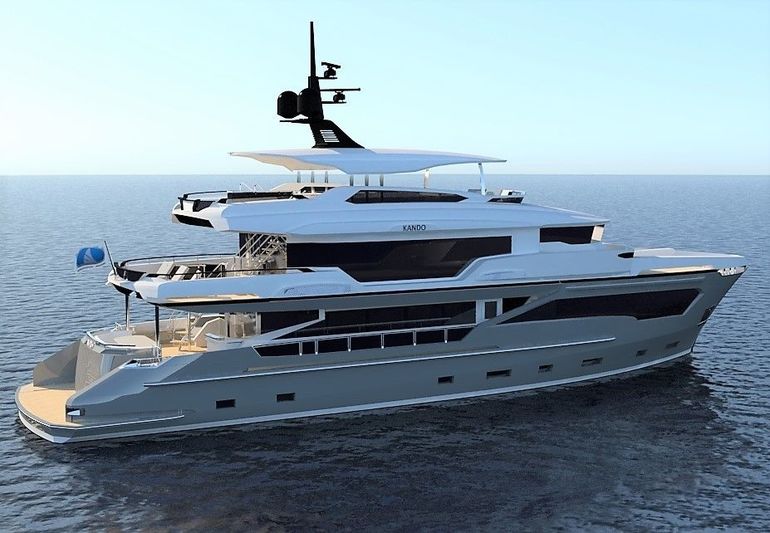 The smallest superyacht in the Kando series is the Kando 90, at 28-metres. Compromising of four models, including the bigger 37-metre Kando 120 and the 40-metre Kando 130 models, the series has been specially designed to spend extended periods of time at sea with a range of 2,600 nm at 12 knots.