Northrop & Johnson has announced that the 32.9 metre aluminium ketch Avalon has successfully been term chartered with the option to purchase. Built in 1987 by the Southern Pacific shipyard, she boasts an impressive race history at both the Newport and St. Barth’s Buckets. She has also travelled extensively since her launch almost 30 years ago, not only circumnavigating the globe with her first owners, but also cruising the South Pacific and beyond. 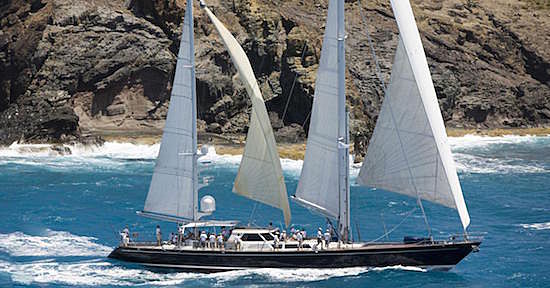 Designed by Ron Holland design, she underwent two significant refits in 1998 and 2009. She accommodates up to six guests over three luxurious staterooms, as well as a crew of up to five, and has been maintained in a fantastic condition. Powered by twin CAT 3508 engines, she has a top speed of 12 knots, a cruising speed of 9 knots, and a range of 2,500 nm. She also carries ample dive and snorkel equipment, perfect for cruising unique destinations around the world.

Avalon is owned by The Sea Turtle Foundation, and was listed with Northrop & Johnson Broker, Jonathan Chapman.