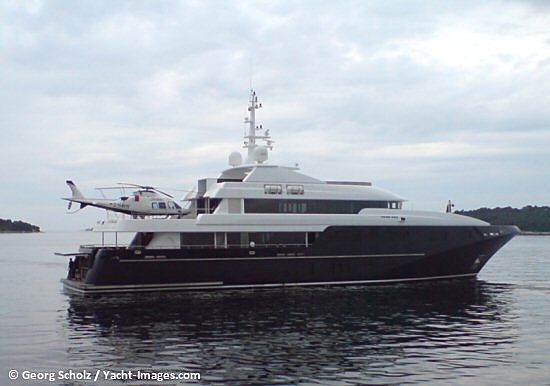 Avangard II with heli in Rovinj

In April 2008 we reported the launch of the 50 meter Mulder designed Avangard II. However we still aren’t sure about her final name, Georg Scholz reported that she arrived in Rovinj yesterday with Yard 004 (her hull number) on her side. The yacht was originally contracted by Heli Yachts, but the company changed to Avangard Yachts during the construction. One of the most special features of the yacht is the capability to store an Augasta Grand in a hangar on the bridge deck. The interior of Avangard II was designed by Rome based Lazzarini & Pickering, who among others also designed the interiors of the WallyPower and Sai Ram.