The Abeking & Rasmussen superyacht Aviva (ex. Aviva III) was custom built by the German shipyard in 2007. After undergoing her last refit in 2012 at Palumbo Superyachts Refit yards, she'll once again be undergoing work, this time at Rybovich in Florida where she will soon be wrapped in new high tech Färben marine foils and films from Wild Group International. 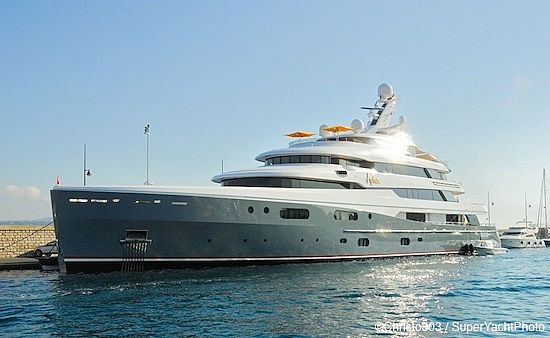 The project comes about after the captain reportedly researched various methods of finishing and discovered that by using foils and films the project timescale would be significantly reduced.

The decision was made to opt in favour for foils and films following a visit to the Monaco show where the client was able to see up close the finish on a couple of similar large projects completed earlier this year by Wild Group.