From 27-30 March 2014, Azimut | Benetti Group is once again among the headliners at Hainan Rendez-Vous.

In Hainan, visitors can admire the Azimut Atlantis 34, the Azimut Magellano 50, and models from the Flybridge collection such as Azimut 48, Azimut 60, and Azimut 64 (the latter also available in the Dragon China version), as well as the Azimut 82.

However, there is more to the Group's development strategy in China (and throughout Asia in general) than its exceptional fleet. It also includes staying in close contact and providing direct assistance to its customers via a proven, diffuse, and well-established dealer network. Thanks to new partnership agreements, the Group's strong presence in the regions of Dalian, Shandong, Shanghai, Fujian, and Shenzhen, has now expanded to include Huanan and Hebei.

The Group brands are further empowered by a strong development strategy based on having a widespread presence; this makes it possible to pay close attention to the specific needs of the boatowners in this area. Another component of the Group’s strategy is a process of genuine "listening" which last year led to the launch of the Dragon China Collection. This is an Azimut yacht whose layout is specially designed to reflect Chinese boatowners’ tastes and how they enjoy spending time on the water, while at the same time celebrating Italian style and the hallmark "Made by Azimut" features. 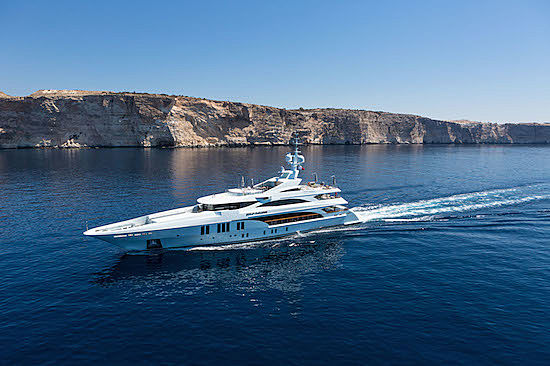 Then there is Benetti - the Group's business line for superyachts starting at 30 metres - which has been present in Asia for many years to the great satisfaction of brand enthusiasts (as confirmed by all the data).

Three Benetti Class units have already been delivered to China, with a fourth on its way by the end of 2014, the Benetti Classic Supreme 132'.