Having been first announced in September last year, the first 38.2-metre Azimut Grande Trideck superyacht is on track to be delivered during early 2021 and become the yard's largest project to date. 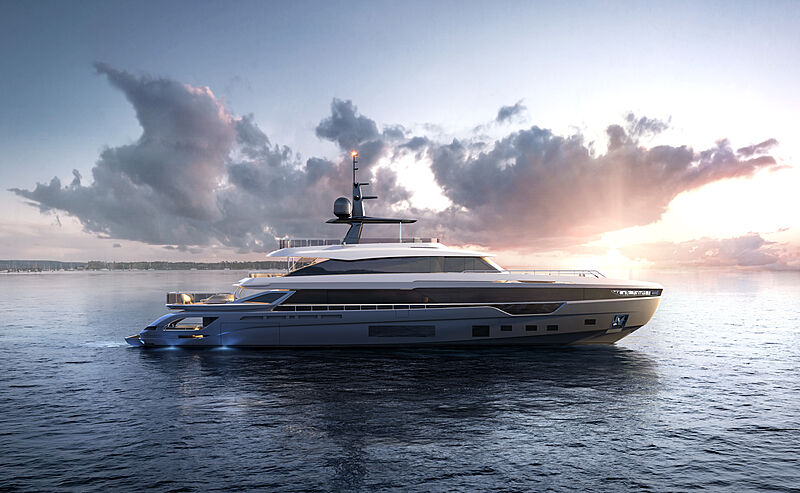 Photo: Azimut YachtsThe first three-deck yacht built by Azimut Yachts is thanks to designer Alberto Mancini, who has produced sporty, clean lines that incorporate the exhausts and fairleads.

The designer has also introduced an aft raised cockpit as just one of the various new styles for the yacht's outdoor areas. Other exterior features include a central gangway that leads directly onto the aft raised deck that is designed to be a "mezzanine" above the main deck. Guests can also make use of the sea-view terrace, beach club and private patio. 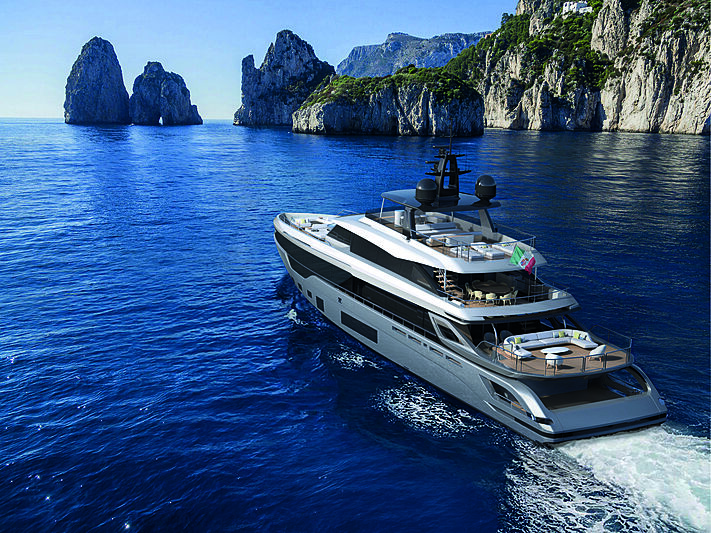 The beach club is adjoined to a forward garage area that stores the yacht's tender and toys and is accessible via a transom door. Thanks to the position of the yacht's aft raised deck, the beach club benefits from full-height ceilings. Further up, the upper deck houses a full-beam social space that can be separated by a glass door. Guests can also gather on the sun deck around the forward bar and custom spa surrounded by sunpads. 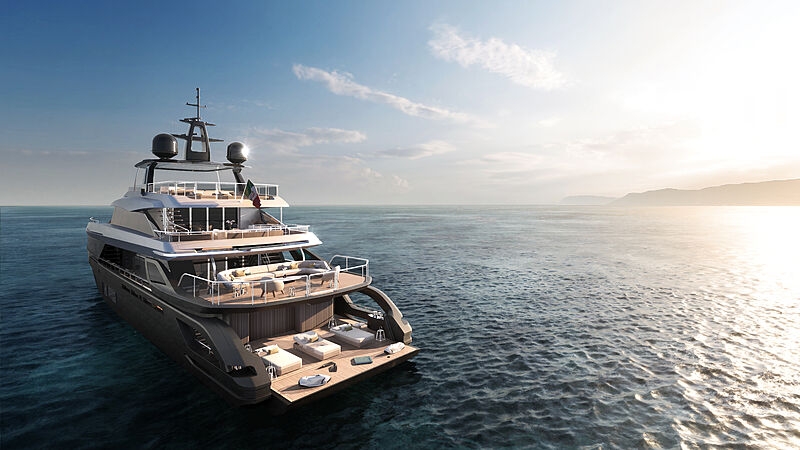 Achille Salvagni, the interior designer, has created a layout for an owner who is "seeking versatility, informality and somewhere they can truly relax and entertain guests in comfort." This is evident in the style chosen for the main deck, where a private patio "abolishes the traditional formal dining area" and lends itself to an area for social gatherings.

The new yacht comes with the option for a sixth cabin on the upper deck in addition to the four guest cabins located at midship on the lower deck and the main-deck owner’s suite. 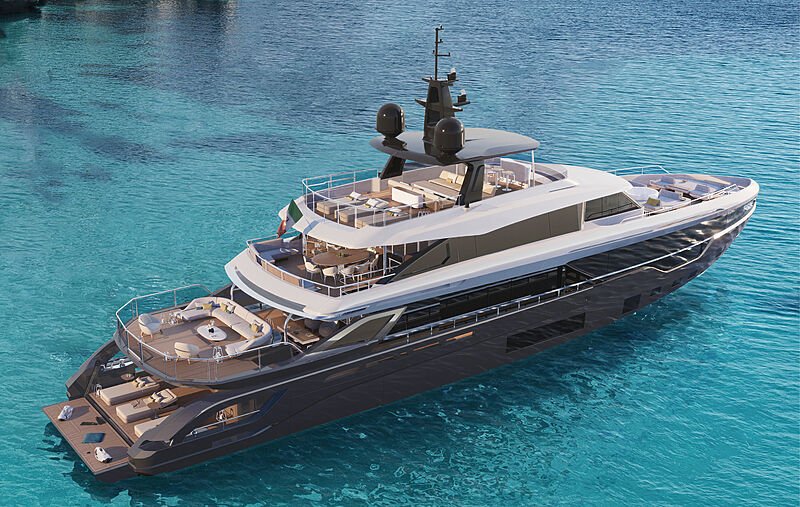 Photo: Azimut YachtsWith two engine options rated at 2400 or 2600 mHP, the new Trideck is set to deliver a top speed of 23 or 24 knots. This efficiency is thanks to the superstructure being laminated in carbon fibre with added vinylester and epoxy resin to reduce the yacht’s overall weight significantly, while the D2P® hull helps to reduce consumption and achieve greater speed and range.