Home > News > Back from the dead: 71m Lürssen superyacht The One awaits new owner

It is nearly two years to the day that a horrific fire broke out on board the 71-metre Lürssen motor yacht The One (formerly Carinthia VI) in Marmaris, Turkey, leaving the 1973-built German yacht in ruins. Today comes news from Istanbul that the salvaged vessel, which remains under Marshal Island registry, is now for sale following preliminary damage assessment inspections. 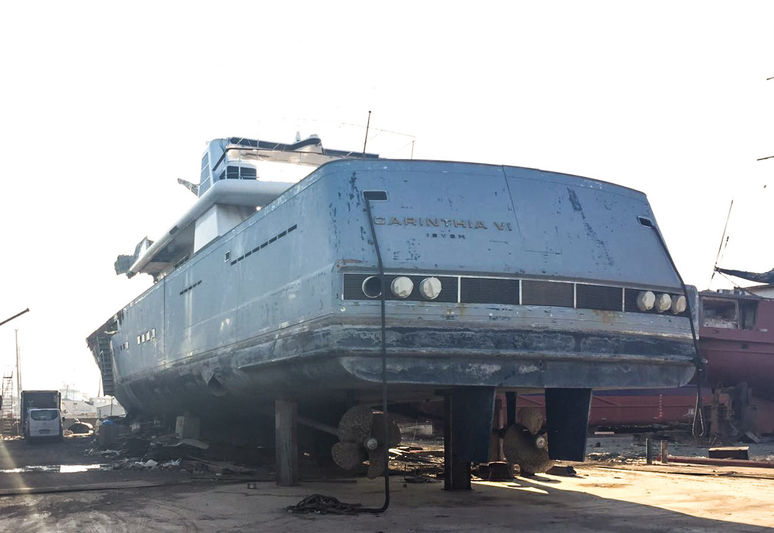 Though little is left to identify The One as the former beauty she once was, inspections have confirmed that certain parts of the ship remain in generally good condition and that with no small amount of structural planning, passion and imagination, it is quite likely that The One could once again sail the Seven Seas as she so gracefully has for over four decades. 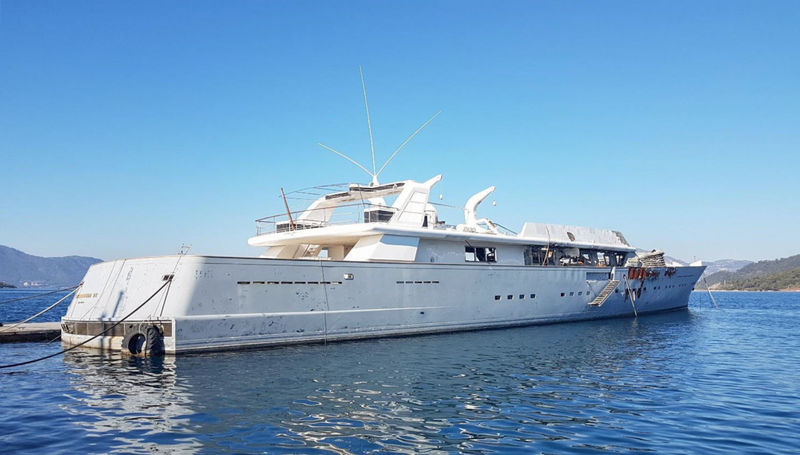 Following the incident on board, the vessel was sold to her current owner who, due to other obligations, is now looking to pass on the project to another interested party. 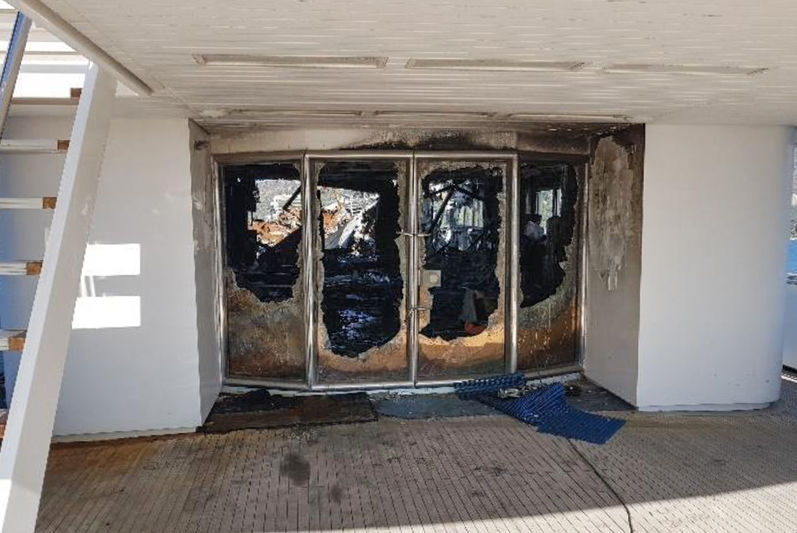 The fire affected all areas of the yacht apart from the engine room and forepeak areas which, as the images below suggest, are in good condition. No equipment on board has been tested, however, and this will have to be determined in a more thorough survey of the vessel. 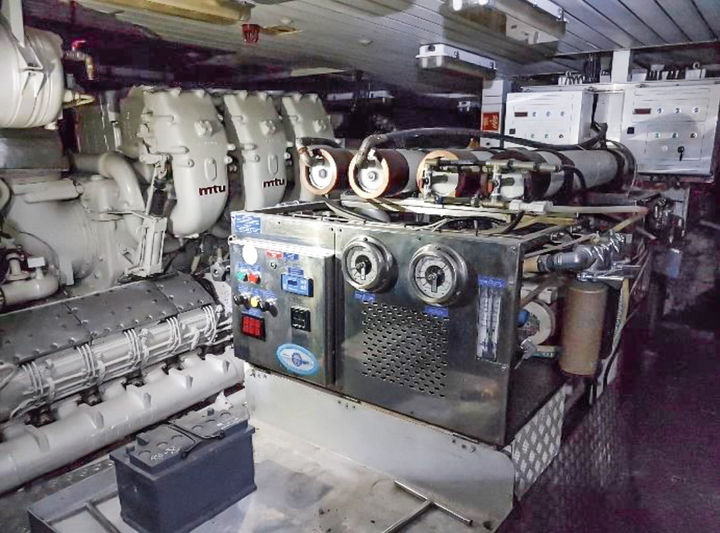 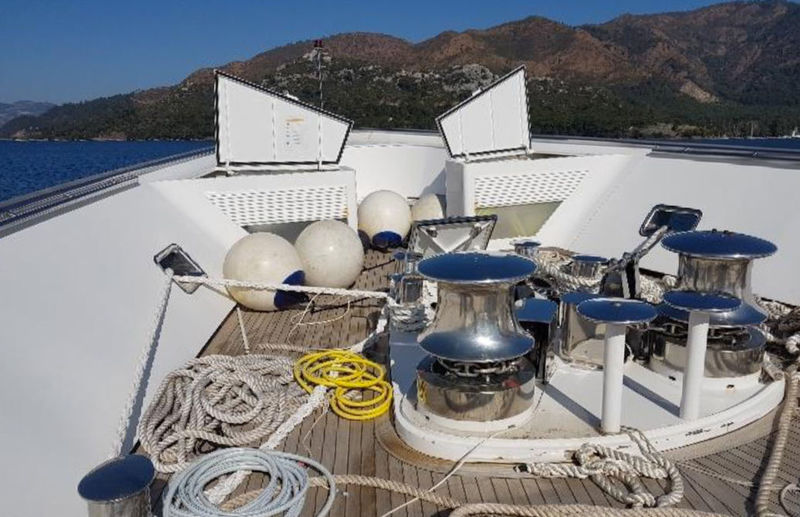 There is a high concentration of damage in the amidships section and to port that left the entire aluminium superstructure obliterated and a large section of the port bow heavily damaged. 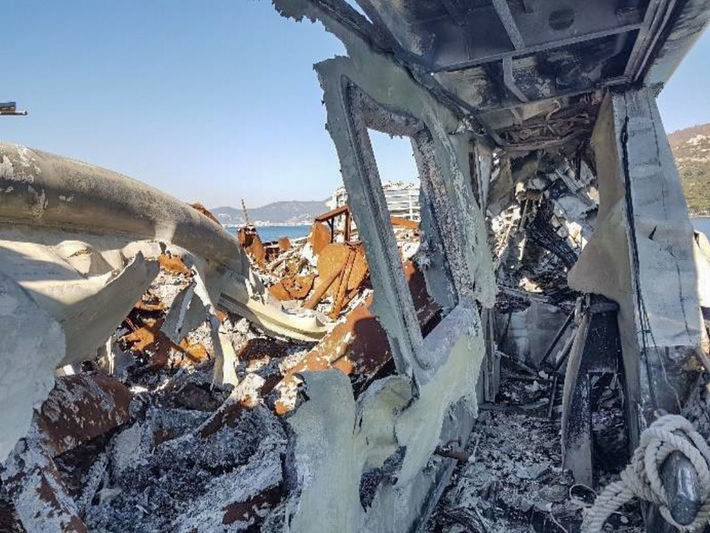 Critical deformations in the hull structure have been observed as visible through several bent pillars throughout the interior. A more detailed inspection following the removal of all debris inside the vessel will shed more light on the structural integrity of remaining constructions. 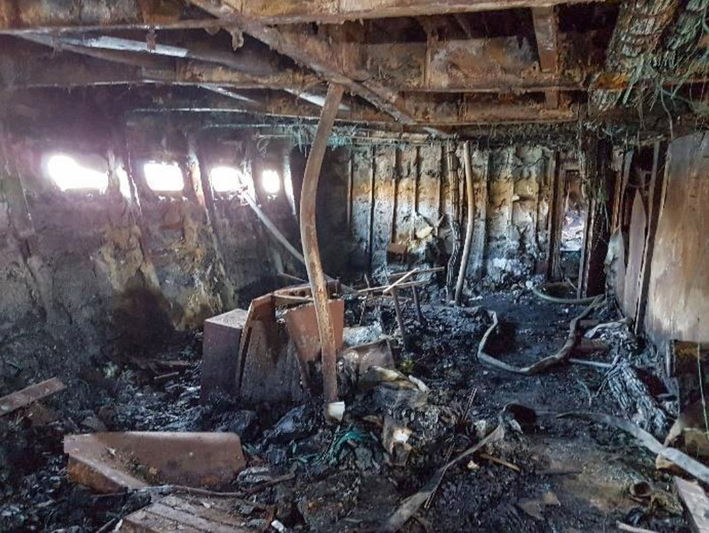 The One was built in 1973 as Carinthia VI for experienced owner-pair Helmut and Heidi Horten, the couple that was behind the fleet of Carinthia yachts. Jon Bannenberg designed the vessel's iconic lines and Lürssen's engineering team managed to squeeze an impressive top speed of 28 knots from the slender hull shape and propulsion package. 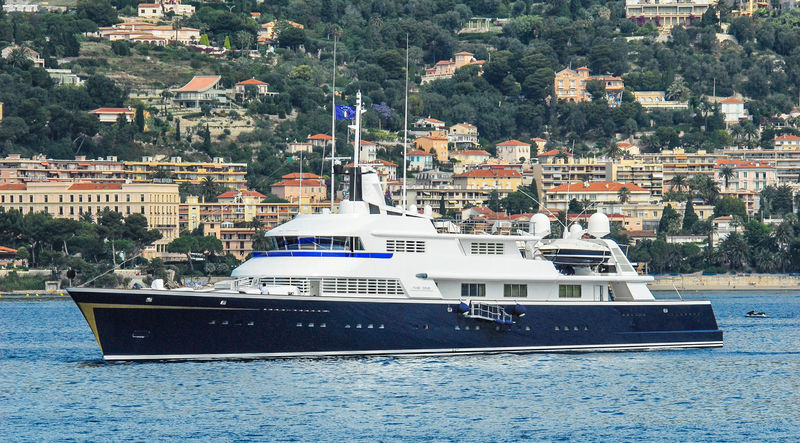 If you have more information on The One or would like to comment on her fate, feel free to get in touch at [email protected].

Fire in Marmaris damages superyachts The One and Barbie