Following the launch of motor yacht Severin°s, Baglietto’s latest 55-metre yacht designed by Francesco Paszkowski, we talk with Baglietto CEO Michele Gavino about the shipyard's strategies in a competitive and complex market. 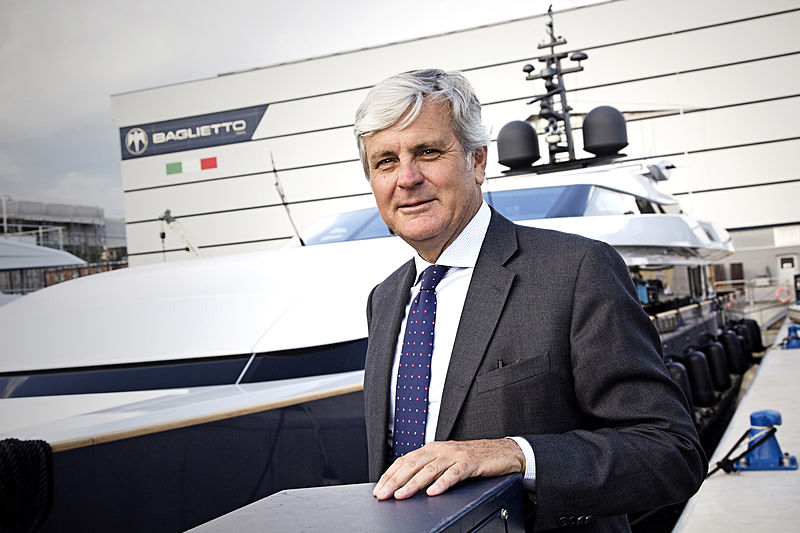 Photo: Justin Ratcliffe / SuperYacht TimesOn the wall of Michele Gavino’s office at the Baglietto yard in La Spezia is a framed black-and-white photograph of a young man in uniform standing in front of a ‘flying boat’. The photograph was taken in 1916 and the man pictured is his paternal grandfather, who served as an engineer and aviator with the Italian flying corps. The seaplane’s fuselage was more than likely built by Baglietto and the image establishes a curious family connection with the shipyard a full century before Gavino joined the company. 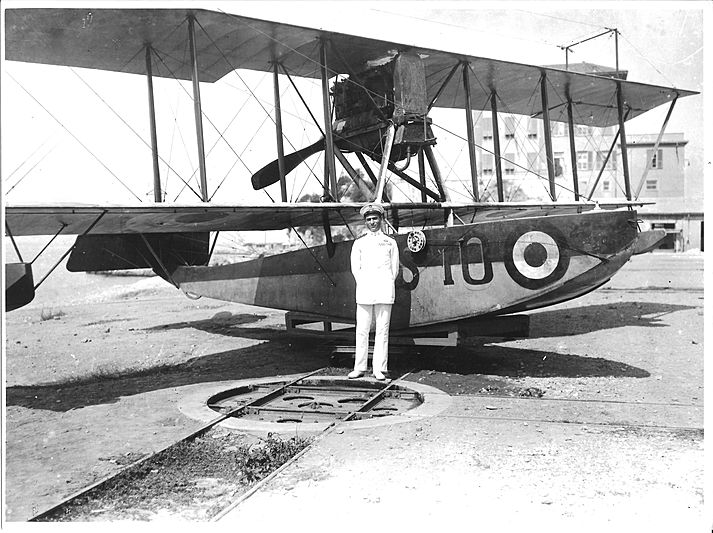 Photo: Baglietto Spa“I love the idea that my granddad flew seaplanes built by Baglietto,” says Gavino. “Certainly the one in the photo looks identical to those produced by Baglietto at the time. Building fast boats, historically our speciality, actually has a lot in common with building planes: both rely on light aluminium alloys and the weight distribution is critical.”

With the outbreak of the First World War, Baglietto diversified into producing seaplanes and airships for Italy’s nascent air force. In fact, Stefano and Vincenzo Baglietto, the youngest sons of the shipyard’s founder, both served as pilots and Stefano once held the world altitude record (he was sadly killed in a plane crash in 1919). It is not known whether Gavino’s grandfather ever met the Baglietto brothers, but his stories and medals from two world wars later inspired his grandson to study aeronautical engineering.

Thanks to his production experience in the aviation sector for companies like Augusta Westland and his engineer’s understanding of technical issues, after joining Baglietto as General Manager, Gavino was quickly elevated to CEO in 2017. Since then, he has been working to enhance every aspect of the shipyard, from infrastructure and production to management and customer relations. 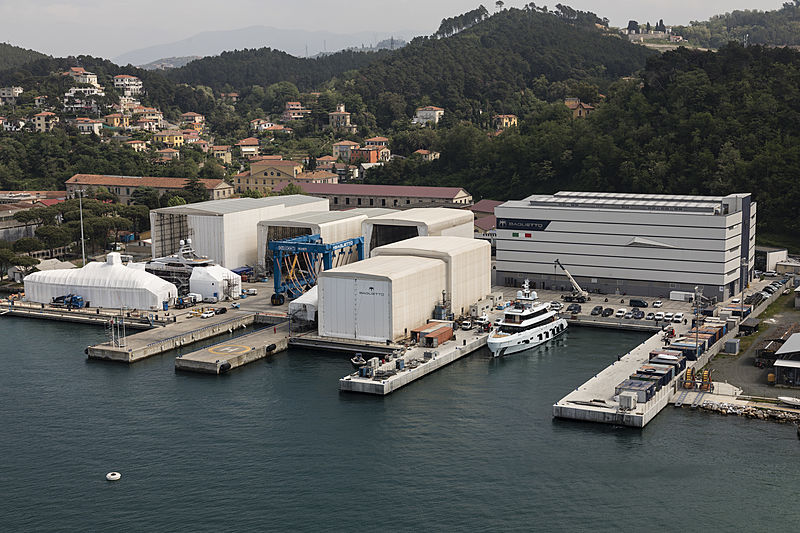 Photo: Baglietto SpaStarting with his first design for Baglietto, 28-metre Opus in 1994, Francesco Paszkowski has come to define the signature style of Baglietto. But in a swiftly moving market, the role of design in establishing brand identity has to be balanced with customer choice and the yard has expanded its styling options by reaching out to other designers such as Hot Lab, Santa Maria Magnolfi, Frank Mulder and Horacio Bozzo. In fact, of the four yachts currently in build, two projects (55-metre hull 10231 and 40-metre hull 10232) are designed by Bozzo with interiors by Achille Salvagni and Hot Lab. Their launch in 2020 will mark a new look and a fresh departure for the brand.

“From the start, the principal goal has been to respond to the needs of existing and prospective owners in terms of the platforms available,” explains Gavino. “We now have series solutions, semi-displacement and full-displacement, to suit any need from 40 metres up to 70 metres without having to go back to the drawing board.”

Since 2012 when the Gavio Group acquired the Baglietto shipyard in La Spezia, it has invested over €22 million to upgrade the facilities and raise production capacity. Last year, the new covered basin and dock front became operational and work is about to start on a third permanent construction shed. In the longer term, Baglietto is also in talks to acquire land from the naval base next door. 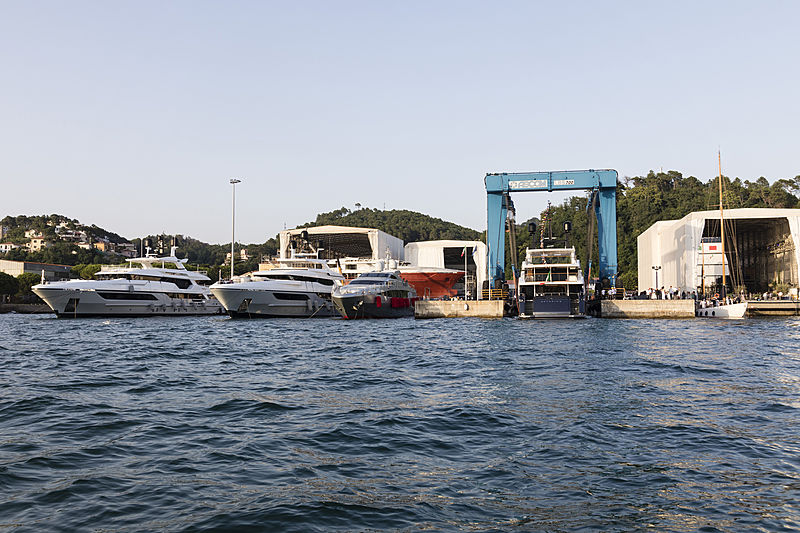 Photo: Baglietto Spa“If that deal goes ahead, the plan is to build a further three construction sheds, which would allow us to raise production from roughly one launch a year to three or more,” says Gavino.

But modernising the shipyard and increasing production has been just one aspect of Gavino’s mission; growing Baglietto’s in-house skills in order to raise the quality of its products has been another. To this end, some technical disciplines like the electrical design, which was previously contracted out, have been moved in-house and a project engineer, a new role, now works alongside the project manager and liaises with the technical office.

“Expanding our technical team means we’re better able to monitor the workflow and control the quality of our new build projects, but it also allows us to take on bigger refits that involve more complex engineering works,” says Gavino.

As part of this two-pronged effort to raise efficiency and quality, Baglietto has engaged an independent consultancy firm to optimise software tools that help coordinate the multiple activities of the in-house departments and outside contractors or suppliers.

“It’s based on the classic GANTT diagrams that you see in most shipyards, but the software has been tailored to our own particular requirements,” says Gavino. “The program was first tested during the construction of 48-metre Silver Fox with positive results and has now been extended to all our projects.” 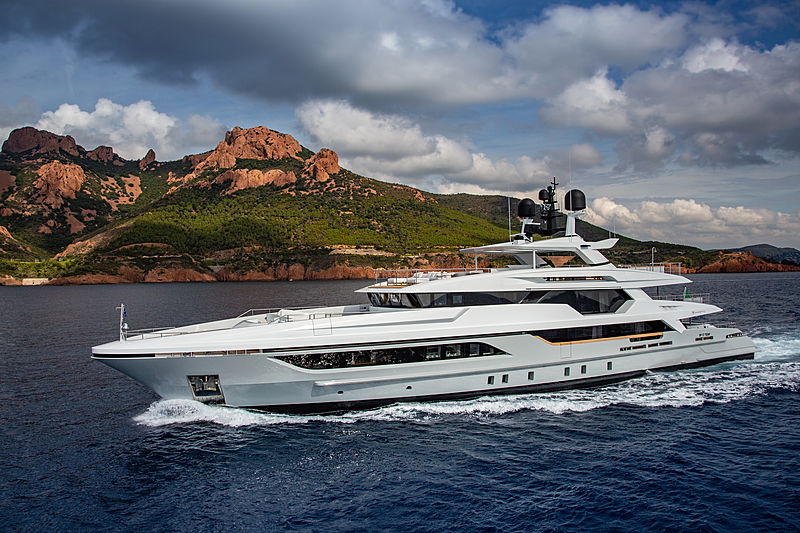 Photo: BagliettoNow that communications with owners and prospective clients are sent via telephone, email, text message, live chat and multiple social media channels, the sales & marketing department has adopted a digital system of Customer Relationship Management (CRM) to manage its interaction with current and prospective clients with the aim of improving customer retention and driving new sales. By compiling the data from a range of different communication platforms, the yard can learn more about its target audience and how to best cater to its needs.

“Designed to streamline all our global customer services, the initiative required a major reorganisation as the system covers the historic fleet, refits, yachts under construction and future production,” explains Gavino. “Because we can organise the data by clusters — new leads, current owners, prospective owners, brokers, fast boat or displacement yacht enquiries — it’s a great tool for marketing communications.”

Baglietto has yet to build a yacht with hybrid propulsion, although it has technical platforms ready if a client requests it (Gavino favours proven diesel-electric systems with electric pods over hybrid solutions with battery banks). Nevertheless, the shipyard is still focused on harnessing new technologies across the sustainability spectrum, from replacing exotic marbles with ceramic alternatives to biocide-free, super-slippery anti-fouling coatings that not only keep the hull free of marine organisms but also improve fuel economy by reducing resistance.

“A potential client told us in Fort Lauderdale that his son didn’t want him to build a yacht that burns excessive amounts of fuel,” says Gavino. “Attitudes are changing, often driven by the younger generation, which explains the move towards slower but more economical displacement vessels.” 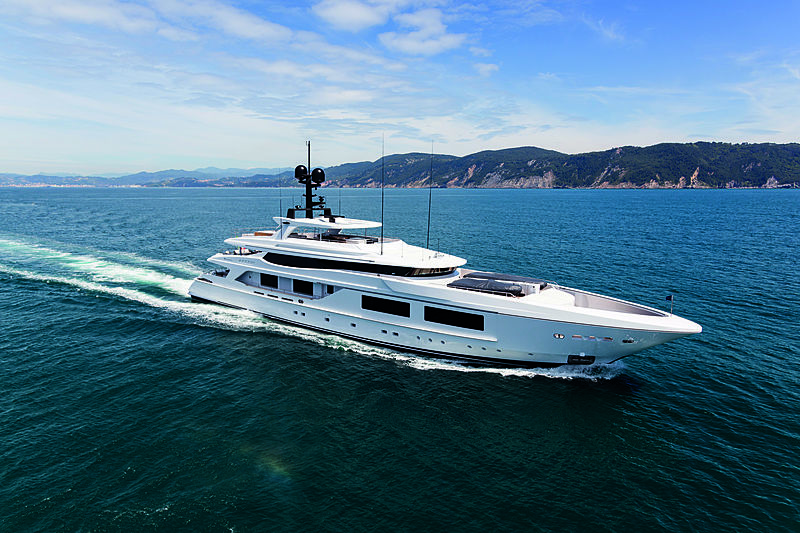 Photo: BagliettoBaglietto specialises in a hugely competitive segment of the superyacht market. Rivals such as Mangusta and Heesen, like Baglietto, built their reputations on building semi-displacement boats and are now investing heavily in displacement or fast-displacement models to meet the evolving priorities of owners. In this context, what distinguishes a brand from its competitors is as much the overall customer experience as the finished product.

“The owner of our 55-metre just launched has been coming to the yard every couple of weeks or so, often with his family,” concludes Gavino. “He’s a very busy man, so for him to take time out from his other commitments is a sure sign he’s enjoying himself.”