Baglietto have launched their 46-metre steel and aluminium displacement superyacht. The yacht is Designed by Francesco Paszkowski . The yard released the first photos on their Facebook page. 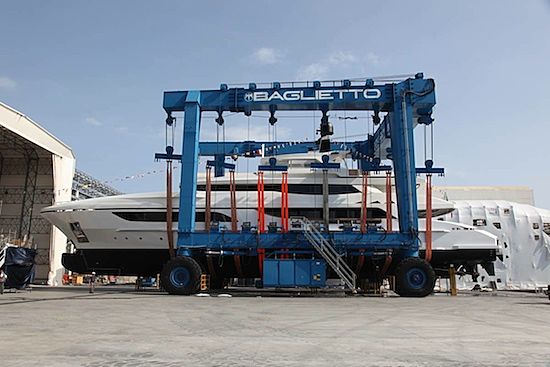 She features a large beach club aft on the lower deck, and the main deck includes a living area, a dining area and the master stateroom. On the lower deck there are four guest cabins, two of which are double and two are twin.

Two 3512B Caterpillar engines push the superyacht to a maximum speed of approximately 17 knots and a cruising speed of 12 knots, with a range of 4,500 miles.

The yacht is expected to make an appearance at the Cannes and Monaco yacht show.