Baglietto has announced that they have signed a contract for hull 10219, a 54 metre steel and aluminium displacement yacht, designed by Francesco Paszkowski Design. The yacht is expected to be delivered to her European Owner in summer 2015. 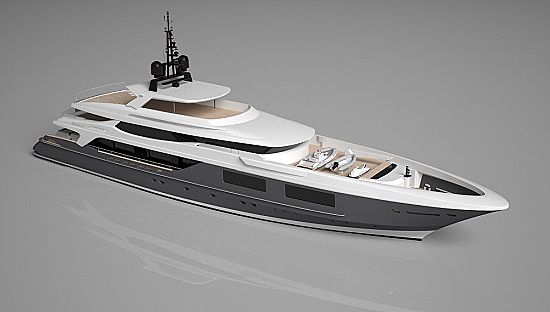 The 54 metre yacht draws inspiration from Baglietto’s line of 53 metre yachts, such as Blue Scorpion, Gitana and Baraka, but features a higher volume and restyled lines.

Two Caterpillar 3512B engines allow this yacht to reach a maximum speed of approximately 17 knots and a cruising speed of 13 knots.

Baglietto is currently building this 54 metre and two 46 metre displacement yachts and tank testing is underway for an 58 metre yacht. They are also working on a 43 metre, 46 metre and 38 metre planning yacht.