The Italian shipyard, Baglietto has announced a work order for a new 55-metre superyacht. The 55-metre vessel will be built in steel and aluminium for a European client. 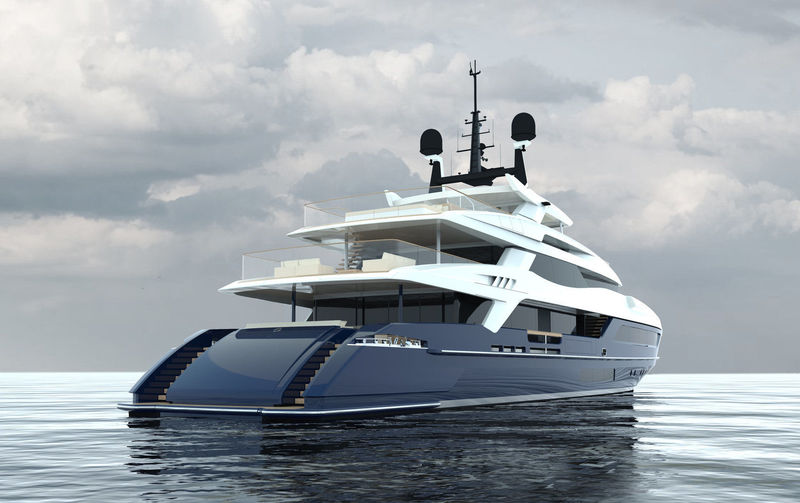 The layout, in contrast, has been extensively customised and includes six cabins. Stand-out features on board will include a huge beach club area and a 160m2 sundeck, although further details about the yacht currently remain confidential.

This continues a busy year for Baglietto, who previously sold the 46-metre Fast Lucky Me and a 54-metre all-aluminium displacement yacht for an American owner. This 55-metre superyacht - hull number 10225 of the La Spezia-based shipyard - has been sold with Cornelius Gerling from Edmiston representing the owner.

“This 55-metre project”, says Baglietto’s CEO Michele Gavino, “is the third work order Baglietto has acquired over the last eight months, a time during which we have also delivered two new products (48-metre Andiamo and the first MV19 Ridoc) and presented two new projects that will complete our renovated range: a restyling of the 43-metre Fast and the brand-new 70-metre yacht by Mulder Design."

She continued, "We are working with great commitment to our products, so as to ensure increasingly high quality, as well as a continued focus on research and development. In this way, we are able to offer our clients a varied and versatile range. Once again, having the opportunity to build the yacht on speculation has allowed us to offer the owner faster delivery times”.

The yacht is expected to be delivered during 2019. Alongside this new 55-metre yacht, a 48-metre displacement craft - the twin sister of the recently-delivered motor yacht Andiamo -  and a 43-metre yacht in the Fast Line range are currently under construction at the yard.