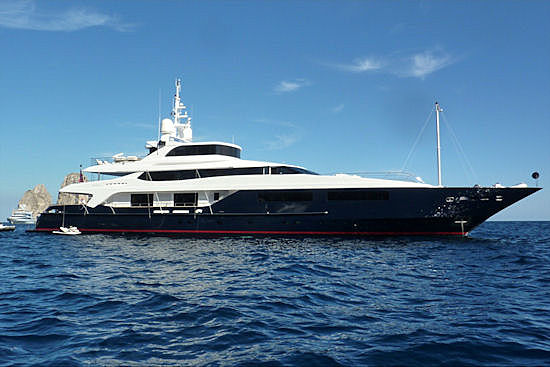 The 53 metre superyacht Burkut was launched by Baglietto in 2009 as Baraka and following her sale in the summer of 2010 she was renamed Berkut. Her new owner refitted the yacht, whereby most of her sun deck was enclosed. The Francesco Paszkowski designed superyacht has recently changed her name again, now called Burkut, and she is seen here off Capri.