At the end of last year, Baglietto laid the keel for its first 52-metre TLine superyacht. Almost half a year later, SYT takes a look at the construction process, in the form of a never before seen video, highlighting the elegant lines and unique curves of the classically styled yacht. The video shows the hybrid sub-500 GT superyacht cruising offshore and offers a first glimpse of the vessel designed by the creative minds at Francesco Paszkowski, who also took care of the interiors alongside Margherita Casprini.

The hull, number 10238, is one of two TLine yachts currently being built at the Italian yard, equipped with a standard hybrid propulsion system, including an electrical diesel mode for efficient cruising up to a range of 7,600 nautical miles. Both of these dynamic vessels have delivery dates set for 2023. “The 52m TLine is a line that draws inspiration from Baglietto's heritage, preserving its most classical stylistic features,” explains Fabio Ermetto. “But also reinterprets it in a modern, contemporary key. If the look and feel is of a traditional Baglietto yacht, the design bears lot of innovations that are very attractive for a contemporary owner.” 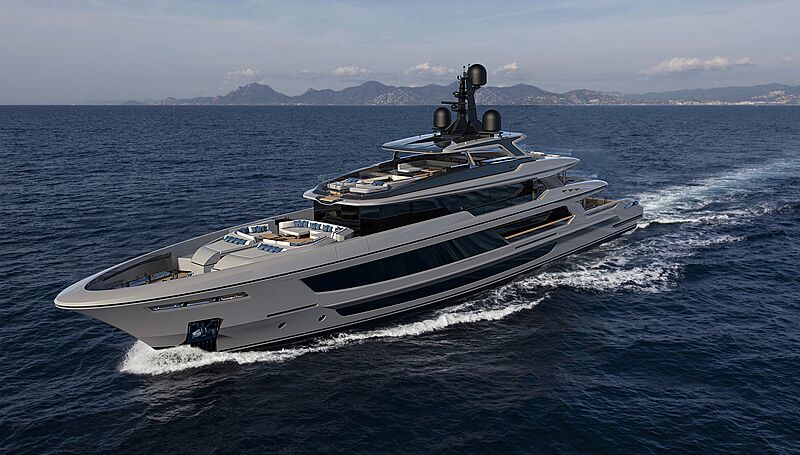 Photo: BagliettoIn particular, The stern area of the T52 has been restyled with an open-plan design and a three-level beach club with a large concealable pool and an up/down moving flooring system. The sky lounge on the upper deck can be opened on three sides and features a retractable ladder to connect the sun deck and the upper deck at the bow, keeping the windows concealed from view. The latter becoming a natural extension of the former. Inside, the salon's floor-to-ceiling glazing create a streamlined sense of consistent contact with the sea, even when living indoors. 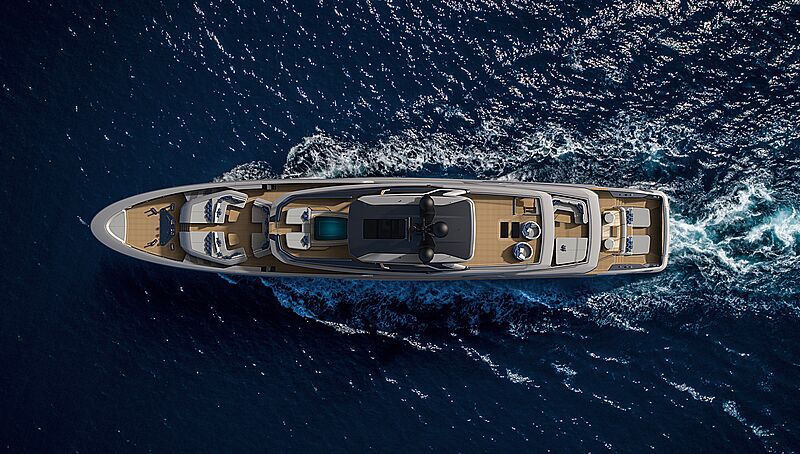