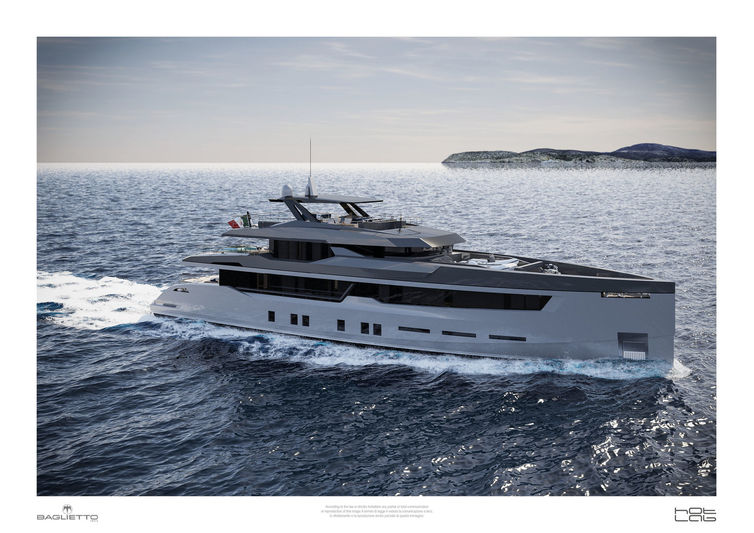 New 38-metre and 41-metre models have been added to the line which further strengthens the shipyard’s approach to creating a new, more contemporary range of vessels whilst retaining a strong sense of Baglietto’s heritage and familiar looks.

The 41-metre version is a tri-deck motor yacht that continues the dynamic appearance given to the V-Line by its aggressive plumb bow design. Given their automotive background, it is no surprise to find that this model has some touches inspired by some of Hot Lab’s home county’s most iconic and radical cars. A low profile hardtop on the sundeck with minimal obstructions make for a spectacular view from this height. 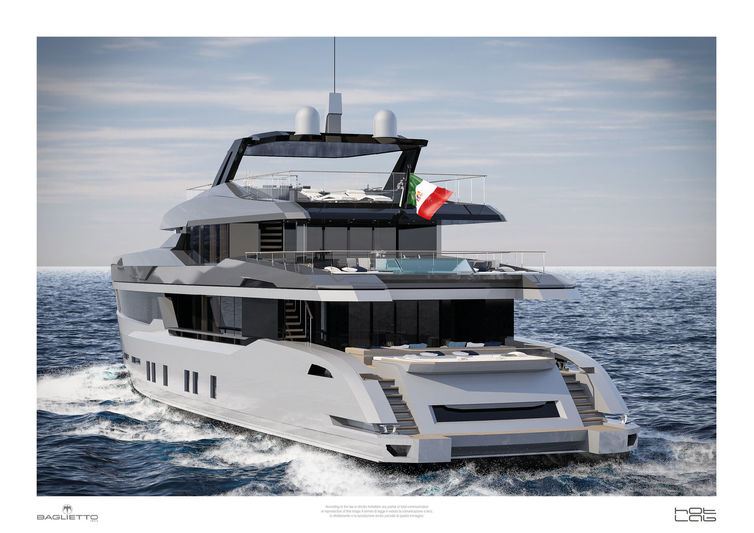 The 38-metre model comes in a raised pilothouse form and is the smallest addition to the V-Line. Placed in the vertical bow is a full-beam master suite where an optional folding balcony can be included in the starboard side of the suite. 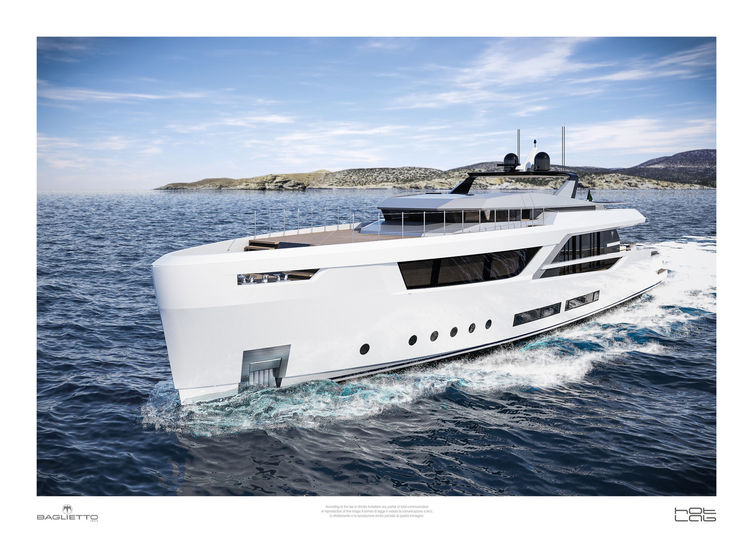 Also on the forward part of the yacht is a flush foredeck that greatly expands this 38-metre’s outdoor entertainment capabilities. Perfect for hosting larger groups or intimate family star-lit dinners, the possibilities are endless. 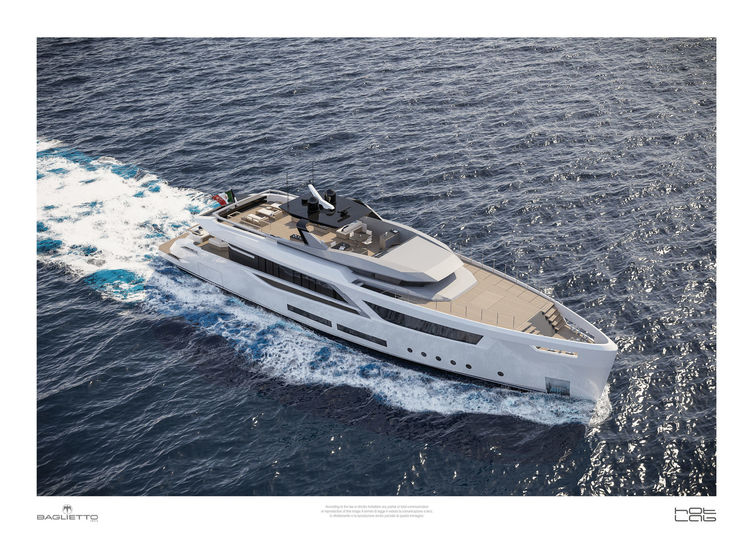