Scheepswerf Balk, the Urk based refit and repair shipyard, just opened their new premises. Capable to do all kinds of work, they are well underway to become one of the key players on the refit and repair market. Currently the shipyard is working on three superyachts and have finished two other superyachts.

Just Finished
During our visit to Scheepswerf Balk in June, the 34m Cornelia was moored along the shipyard in Balk. By now work has finished on Cornelia, which was built by RMK Marine in Turkey to a design of De Vries-Lentsch. Part of the work carried out by Balk was to bring her under full Lloyds and MCA classifications. After leaving the shipyard Cornelia set sail to the Baltic where she will spend the summer season.

Scheepswerf Balk also just finished the refit of Grace (photo below). Grace is a classic 40m motoryacht, built in 2003 by Sijperda. Together with her original designer, Jaron Ginton, Balk removed the old bow and replaced it with a schooner styled bow. The rebuilding of her bow increased her overall length to 48.27m (46.34m excluding the bowsprit). 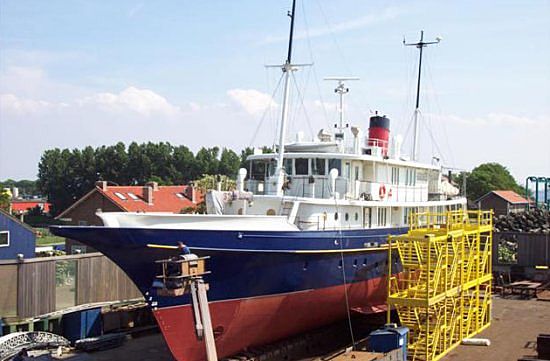 Current Projects
The 46m Palmer Johnson Putty VI (formerly Turmoil) is currently in the new shed of Balk and her refit should be finished soon. Her owner brought her to Urk to be refitted to his personal wishes before taking his new yacht on a summer cruise. 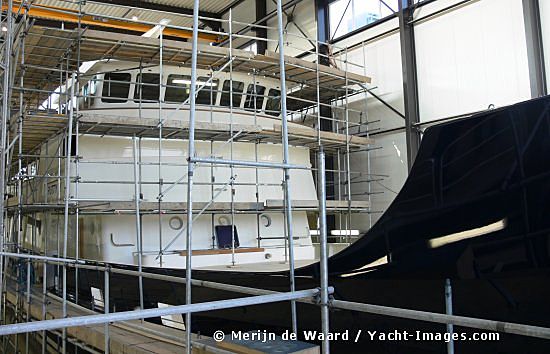 The work included complete re-painting of the exterior, rebuilding of the dining room, library, main salon, owner’s stateroom, 2 guest staterooms and pilot cabin. A sundeck with Jacuzzi and barbeque were installed and the air-conditioning, zero speed stabilisers, bilgeboy and shorepower converter have all been replaced. More small replacements and repairs have been undertaken to bring Putty VI up to today’s standards and she looks brand new again!

One of the biggest project in the history of Scheepswerf Balk is the refit of the 50m Tzarina (photo below). Tzarina was build in 1997 by the Amels Shipyard and her new owners appointed Balk to install a new interior on the yacht. The refit should be finished before the summer of 2008. 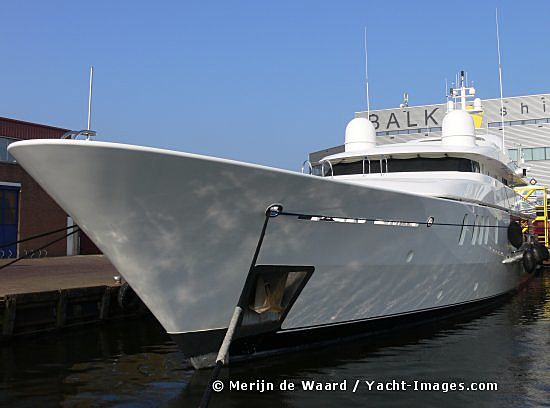 The latest project for Scheepswerf Balk is the 38m sailing yacht Marflow. Marflow was rebuilt in 2005/2006 and currently under repairs at Balk.