Earlier this week, Dutch refit specialists launched the completely rebuilt 31-metre explorer type motor yacht Sandalphon. Known before as project Gisele, the yacht hit the water in the town of Urk and will now undergo final outfitting and sea trials. 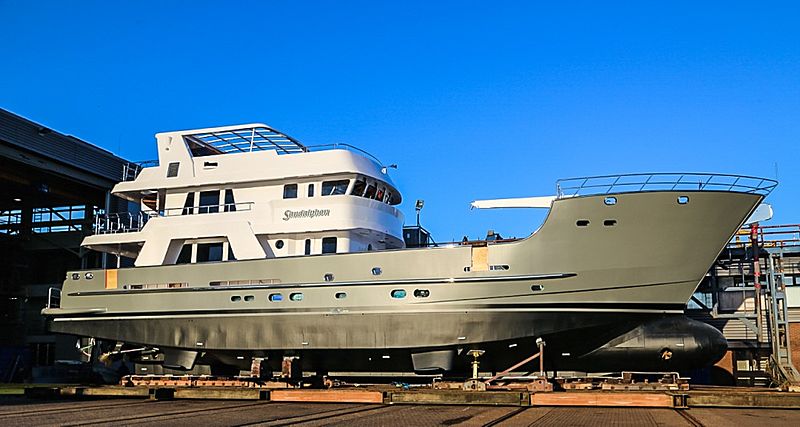 Project Gisele arrived at Balk Shipyard in 2015 where she was completely stripped down and lengthened to her current measurements. The vessel was essentially cut in half – twice. A precise incision amidships and another aft made it possible to add roughly four metres of new ship to Sandalphon. Azure Naval Architects were in charge of making sure she will cruise even more efficiently and stable as ever before once returned to the water. 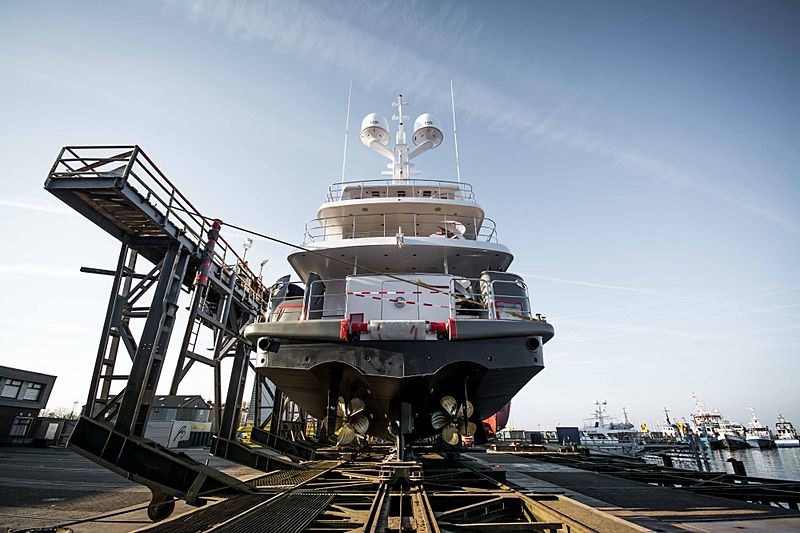 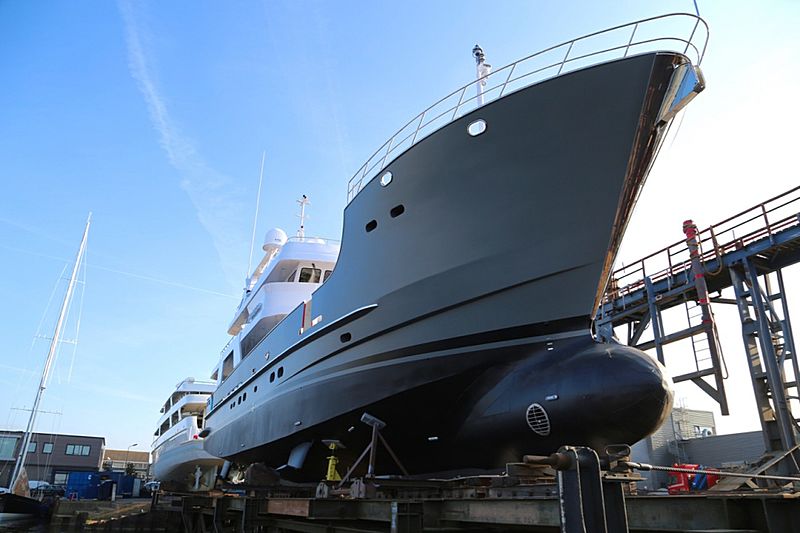 “This project has been challenging for my team. Stripping down a yacht and rebuilding it again could be considered an even harder job compared to that of a new build,” comments Daan Balk – CEO of Balk Shipyard. “With hard work, expertise and dedication we have achieved the best results, just as the Owner requested.” 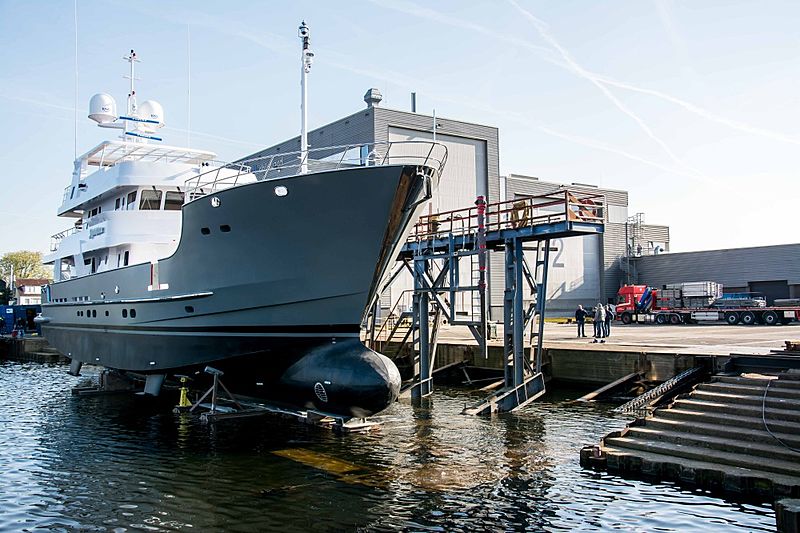 Azure also played a big role in the redesign of the guest spaces onboard, many of which are today completely different to when the yacht first arrived at the shipyard. The new interior by Azure features a bar and lounge area on the sun deck which gets covered by a canvas awning system. The team’s experience made it possible for Sandalphon to be re-launched as the elegant explorer that we see today. “Our first cooperation [with Balk Shipyard] has been very successful and I sincerely hope we can make this a long term cooperation”, says Erik Spek, Managing Director of Azure Naval Architects. 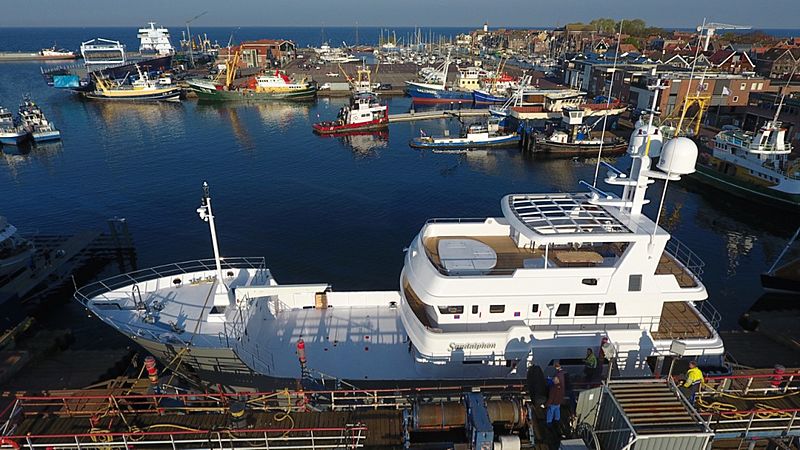 Sandalphon is expected to be ready for handover at the end of May/beginning June later this year.