Home > News > Balk Shipyard opens the door to the future

Cornelia, Tzarina, Putty VI, Nickeline, Judith, Harmonie. Magnificent yachts adorn the standing of an even more magnificent shipyard in the harbour of Urk. On Friday the 8th of June, Balk Shipyard opened the door to a future that will put the company on the global map, if it is not already on there as one of the refit specialists. 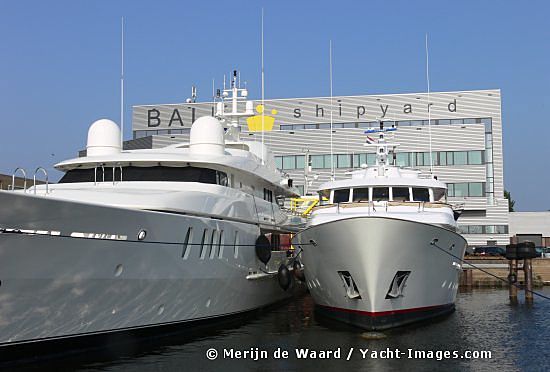 The names of the vessels also represent the diversity of the shipyard. From cutter and tugboat to super yacht: Balk shipyard in Urk can handle them all. Three years ago, the Urk fishing yard was taken over by Balk. Elburg no longer was able to offer the space required, and Urk provided a solution. Initially, Balk was to carry out its refitting activities in both Elburg and Urk. Elburg would be home to the maintenance and refitting of smaller pleasure yachts, while Urk would take care of the larger luxurious yachts that come to the yard from all over the world. Soon it emerged this was not the best solution. The construction plans for a new hall in Urk were still being drawn up when it was decided to move the Elburg activities to Urk as well. No need for Elburg to lament this for that matter, because the Balk family is doing everything it can to preserve the historic yard for the former fishing community. The objective is to revive history in the form of a museum yard. 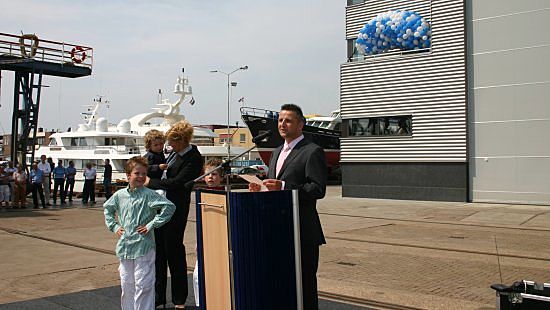 In his introduction, director Daan Balk clearly expressed his pride of the performance. ‘The customers showed their trust, despite the fact that we forgot about an appointment or telephone call here and there in all the commotion. But most of all I would like to thank my staff for the trust they have in us, and the fact I can still count on them, every day of the week. Everyone worked extremely hard and if it weren’t for that commitment, this entire yard would not exist. A very beautiful new yard. I think we are now complete and ready for the future. We’re ready to show people that this yard is in the right location with the right team of people.’ 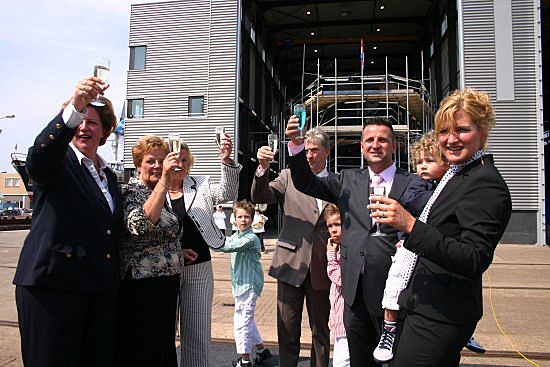 Attention then focused on Jaap Kroon, the mayor of the municipality of Urk. He expressed the importance of a company such as Balk settling on Urk. The mayor said to be proud of the history of this yard, and he is glad that it will be continued. He did not hide his confidence in the fishing industry, but also pointed out the expansion of the economy of Urk. An economy that could see Balk in a leading role. In the old days, shipbuilding on Urk only involved cutters, but it is so much more than that now. Balk will bring the most beautiful yachts from all over the world to Urk. It also shows that Urk has potential. “I therefore sincerely welcome Balk to Urk and congratulate you on behalf of the entire community of Urk. We’re proud of this performance. Family traditions are continued, respecting the town’s history’, said mayor Kroon, who then wished the family success with its business operations, and, with the help of the youngest Balk offspring, opened the door of the new hall, the door to the future. Many of those present later toasted to a flourishing future for the family business, of which Daan Balk represents the sixth generation.