One of the oldest and most established shipyards in the Netherlands, Balk Shipyard has become synonymous with family traditions and quality Dutch craftsmanship. The company has achieved a 200 plus year reign as masters in the build, and more recently, the refit field without appearing to be blowing their own trumpet once. Continuous results of the highest calibre and a can-do attitude is what seems to have brought Balk this far, and is a quality they have embraced to take them into the future, and beyond. 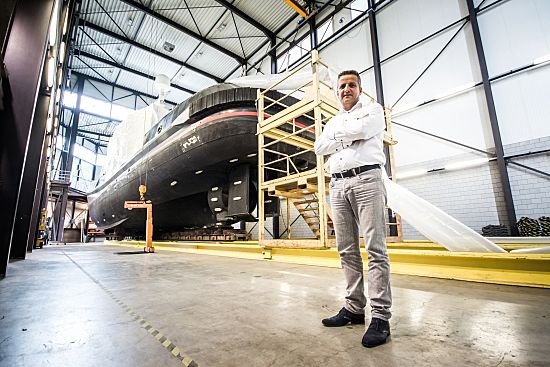 We meet with Daan Balk, an eighth generation leader of the company whom has taken over the family business from his father, and from so many who has done so before him. When asked about the company’s rich history, Daan doesn’t hesitate to proudly reveal the family line that has led him to where he is today, “The shipyard was established in 1764 by my family Balk, and is still 100% owned by the Balk family today. The family history dates back to 1602 where they established themselves in Elburg, which is an old fortress town in the Netherlands, where they worked as carpenters in the city. After doing that for a couple of hundred years, the family built Elburg’s first shipyard in the late 1700’s, where they constructed small fishing boats.” 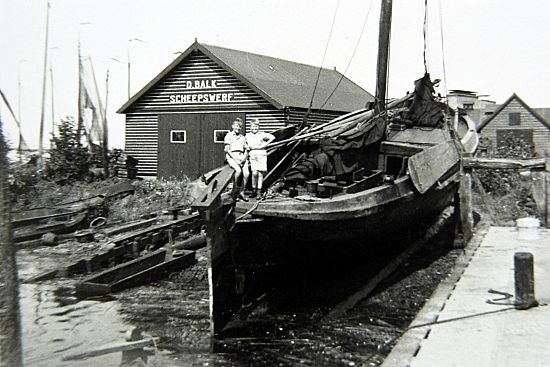 And so the family’s time in the maritime industry began. For the next few 100 years the Balk family experienced ups and downs ranging from a booming fishing era, the first and second world war, to the closing of the Zuidersee district from the North Sea, leaving Elburg, once at the water’s edge, now in the back waters of the land reclaimed area. This led the company to adjust their business ideal and switch over to the construction of small pleasure craft, and at the same time, begin construction in steel, instead of their tradition of building in wood. 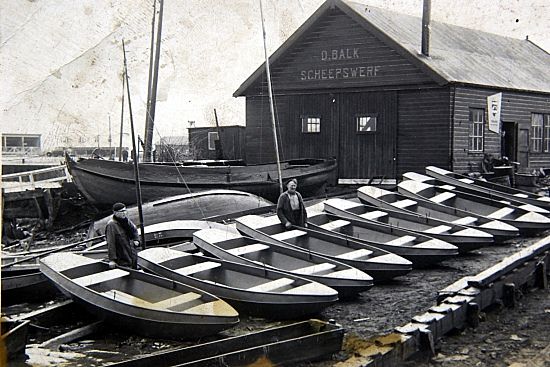 “At the time I was doing my chief engineer training while working on commercial ships. At the age of 28 the news came that my father had passed away, which had me come home to take over the company from my mother,” recalls Daan. The Balk family worked hard over the next few years to get the company back on track, which they managed to do, and in 2002 was awarded the Dutch Royal seal for being a family run business over 200 years. 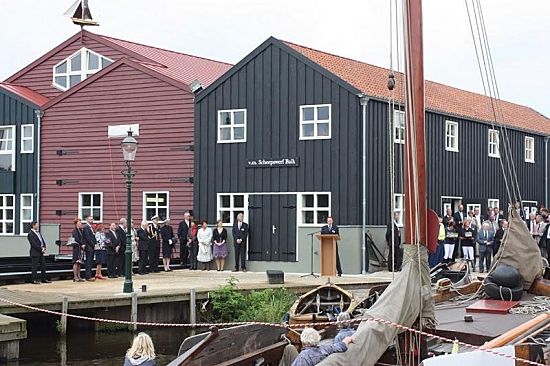 This seemed like a good time to review the company’s future, and as their current location in Elburg limited the yard to pleasure craft ranging between 20m to 25m, a new facility was on the cards. Balk decided to purchase a yard that was going under in the town of Urk, and in 2004 relocated to their current location.

The new facility and its capabilities had a direct impact on the yard’s direction, “We decided to instead of focusing on the new build side of the yachting industry, to look more at the refit business and to be a sort of backup to the larger shipyards in the Netherlands, somewhere they can haul out their vessels at short notice to have work completed on their new build or refit projects.” This approach led to new business, and soon Balk found their position within the refit sector.

With the new yard came a revival of Balk’s skills in working with metal; aluminium in particular. These renewed skills gave Daan the confidence to approach other yards with the intention of assisting in the construction of their new build projects. After some convincing, Balk was given the opportunity to build sections of Feadship De Vries’ hull 680, M/Y Pestifer (now Tanusha), which was later launched in 2006. Their relationships with other yards grew, with other projects including works for Royal Huisman and Heesen. This still forms a large part of the business today. 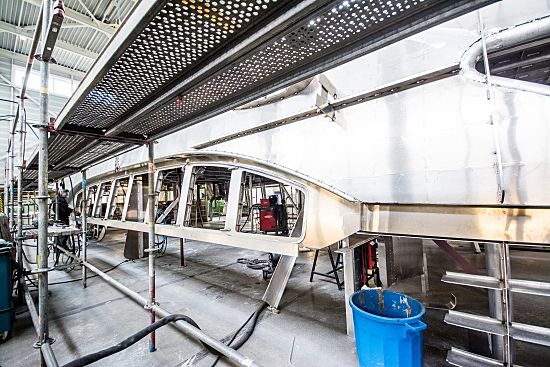 The refit sector however is where Balk really comes into their own, with a strong history in the repair and maintenance of yachts. Some of their most recent and successful works include the refits of Alloy Yacht’s CaryAli and Heesen’s Seven Sins. Seven Sins saw her bow section be removed and replaced by a new section custom built by the shipyard. “It turns out the project was something they wanted to do from day one,” says Daan. “Together with Frank Laupman and Van Oossanen Naval Architects, the owner thought that the bow was already too short back then. So a few years ago already he asked Laupman to have a look at a new design, and Van Oossanen to see if the performance will be better by adding a bulbous bow. The three owners decided together to have these changes made to the yacht before they would go on a world cruise together, which will take place following the coming Caribbean season.” 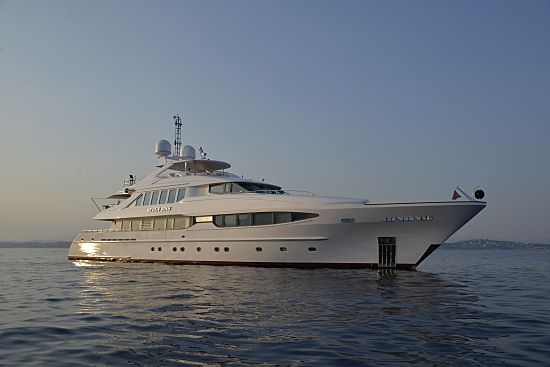 Despite their successes at the new facility in Urk, Balk has already begun looking at ways to expand the shipyard again, and another relocation Daan says, is imminent, “Last year we had the 65m Callisto out of the water and she was absolutely the limit, so we are slightly restricted in our lifting capabilities here.” He continues to explain that the local Urk government have for a few years now been looking into extending the harbour area by building new docks. To expedite this process, Balk, along with a few other local enterprises decided to put forth the initial funds to kick start the project. “We finally have the government on our side, who has agreed to the extension plans, and research have now begun to finilase the process, and we foresee construction to the new harbour to begin in about three years.” 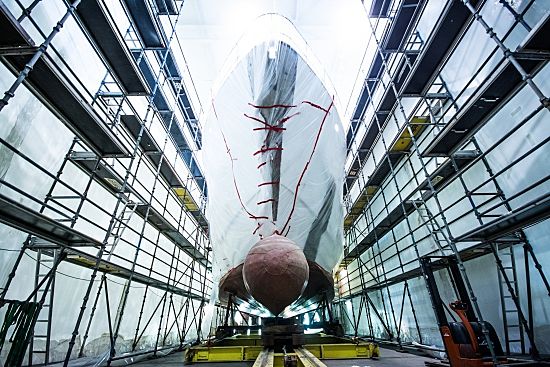 Despite the plans of a new facility, Daan sees Balk continuing in the refit sector, yet doesn’t rule out the possibility of a new build project, “I strongly believe that the future in new builds for the next five years lies in the 70-130m size range. And that step is just too big for us at the moment. I see ourselves continuing in the refit sector, and hopefully one day will have one or two owners that were happy with our abilities in refit, and decide to do a new build with us. That would be nice.” 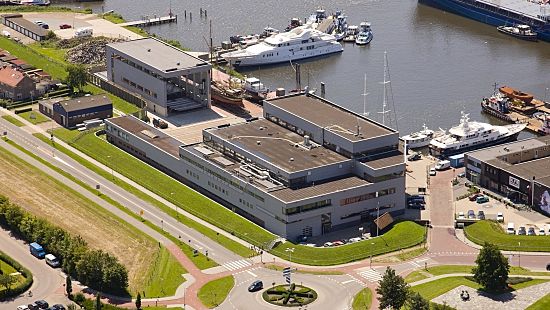 Today Daan is supported in the business by his mother, sister, nephew, and wife Stella. As for his three sons, he secretly hopes that the Balk bloodline continues within the company, but at the same time wish for them only to be happy and successful in whatever they decide to do, “I see my task now to at least make sure the company is doing well, to improve growth and to make it sustainable for them. Then it is up to them to make the choice what it is that they want to do.”