Ready for her global premiere at this month’s Monaco Yacht Show, the new 34.1-metre Baltic Liara sailing yacht has been delivered to her experienced owner this summer. Here we take a first look inside this long-distance performance yacht that has been built with some exciting voyages in mind. 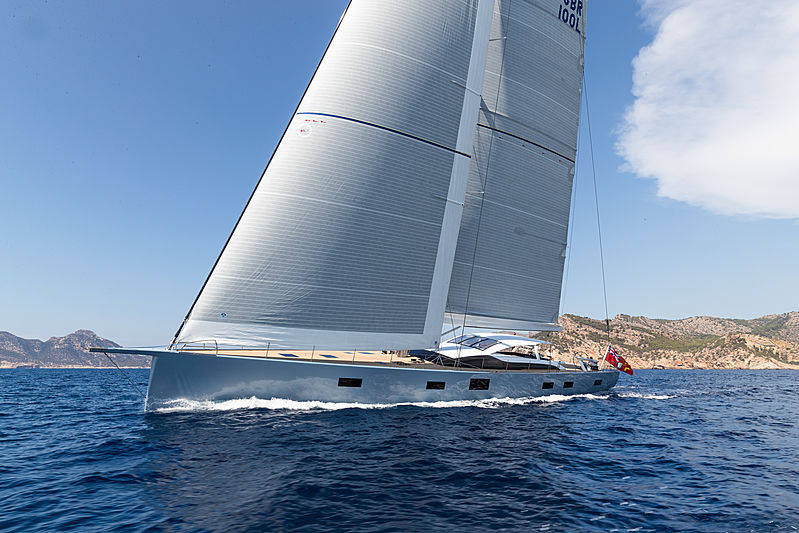 Liara is the teamwork of the Finnish yard together with naval architect Malcolm McKeon Yacht Design (MMYD) and interior designer Adam Lay Studio. A2B Maritime oversaw the project as owner’s representatives with Sebastian Allebrodt having been assigned as project manager. 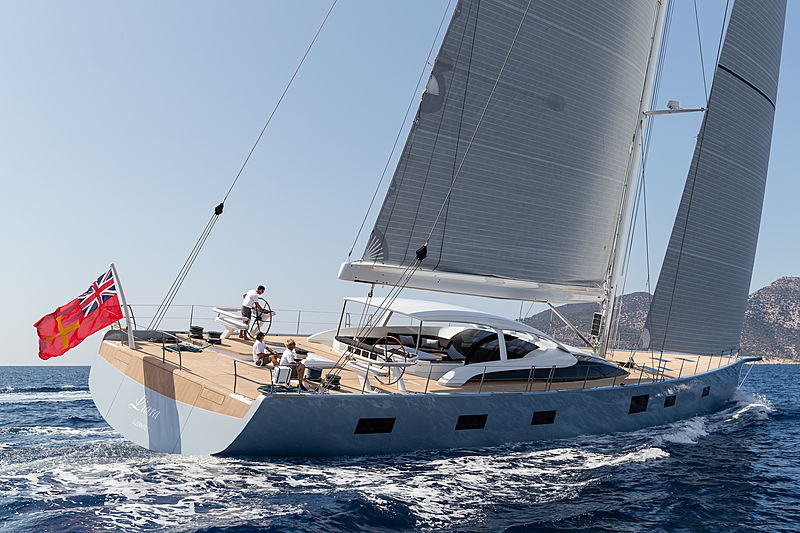 As Liara is intended to take part in several regattas, MMYD devised a low-resistance hull with powerful stern sections for the ideal reaching setup. In addition, the Southern Spars and North Sails teams included a wide choice of code and asymmetric sails set on fixed or soft stays with halyard locks, tacked to the deck or forward on the integral bowsprit for an easy-to-handle configuration. “By focusing on systems usability, these and other details make handling Liara’s running rigging and sail inventory much easier and faster so we can be sailing from anchor up in the shortest period of time,” explains co-skipper John Walker. 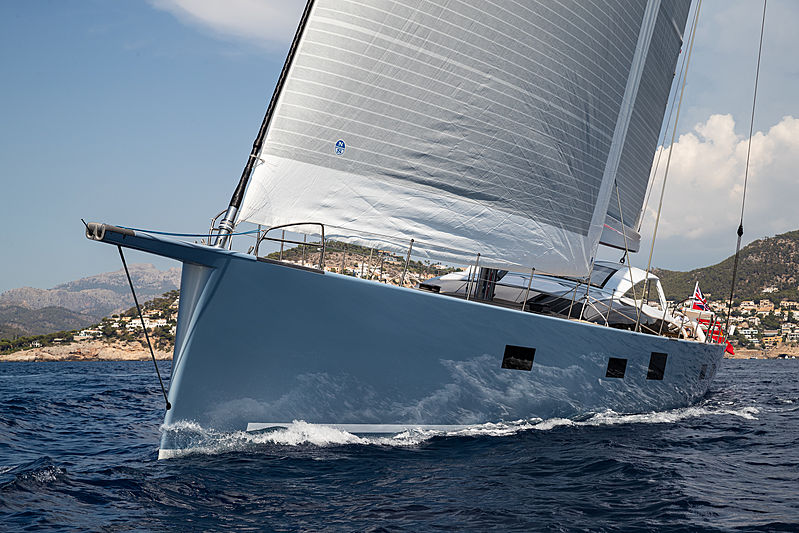 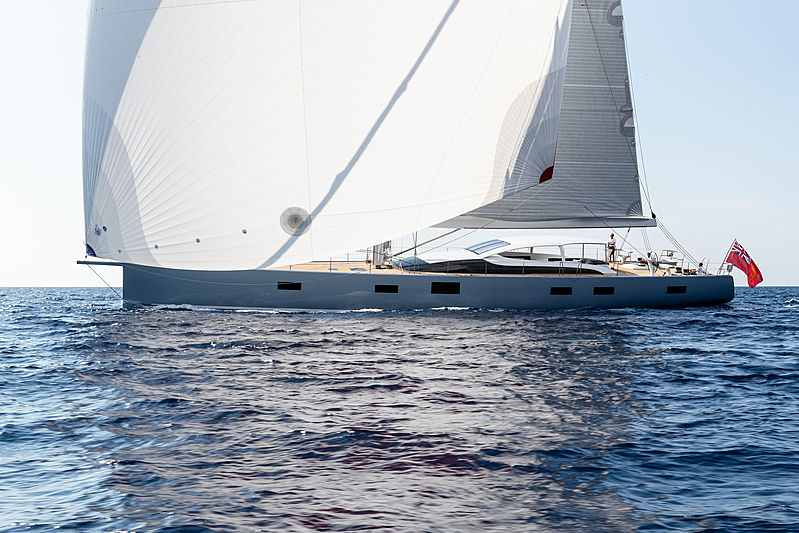 For maximum efficiency under sail, Baltic fitted its Retractable Propulsion System (RPS) to Liara - “a major engineering challenge for Baltic Yachts that took us eight months to plan and engineer,” explains in-house project manager Tommy Johansson. In addition to acting as s stern thruster when manoeuvring, Liara also accelerates much faster with her propeller retracted according to MMYD. 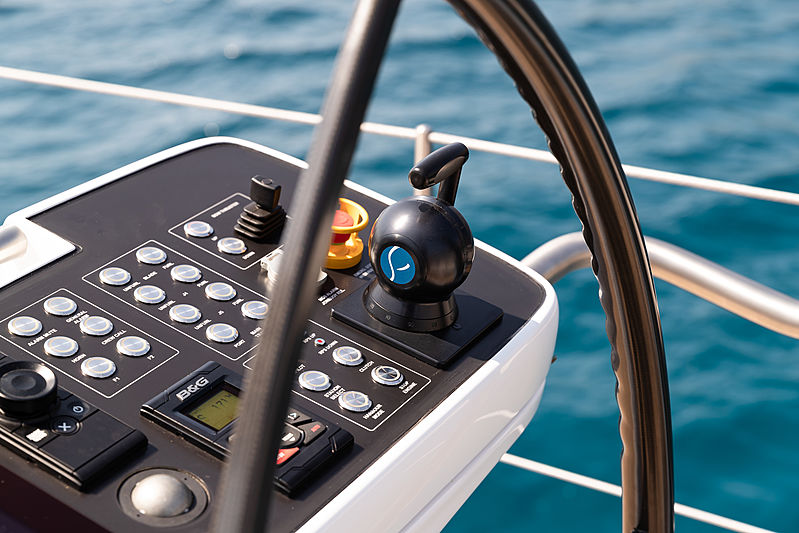 Under engine power,  the main engine is offset and drives the RPS via a 90 degree bevel gearbox.  With a large lithium ion battery bank Liara can run in ‘silent’ mode for up to eight hours with all ‘hotel’ services running, including air conditioning. As a further weight-saving method and to reduce hull-fittings to minimum, a single rudder system was implemented. 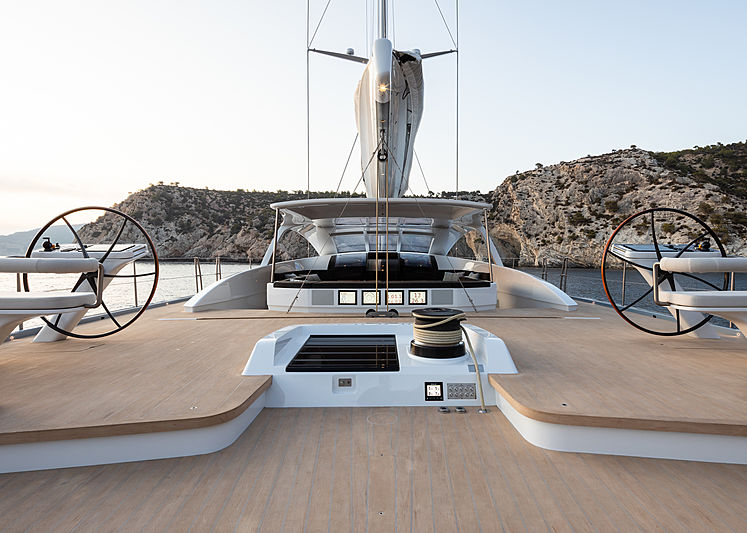 A telescopic keel means Liara’s saloon is freed up with valuable guest space as opposed to a lifting keel arrangement. Adam Lay Studio made the most of this by adding a natural feel to the interior using ‘weathered’ materials and bright colours throughout. “I would argue this area of the yacht boasts a game-changing design”, comments Lay on the saloon, “albeit a challenge for the shipyard to accommodate the necessary ducting and pipework from the mid-ship section to the aft cockpit area. The result is a very open feel to the saloon and a remarkable connection to the cockpit making both spaces work together.” 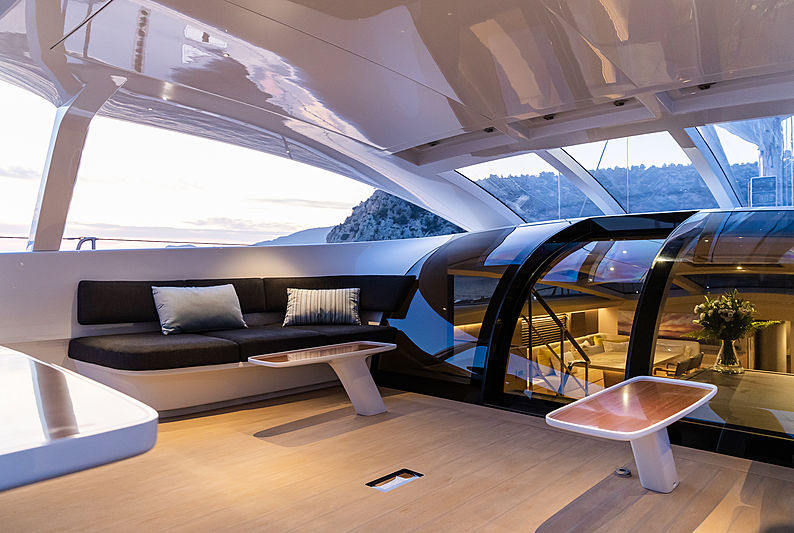 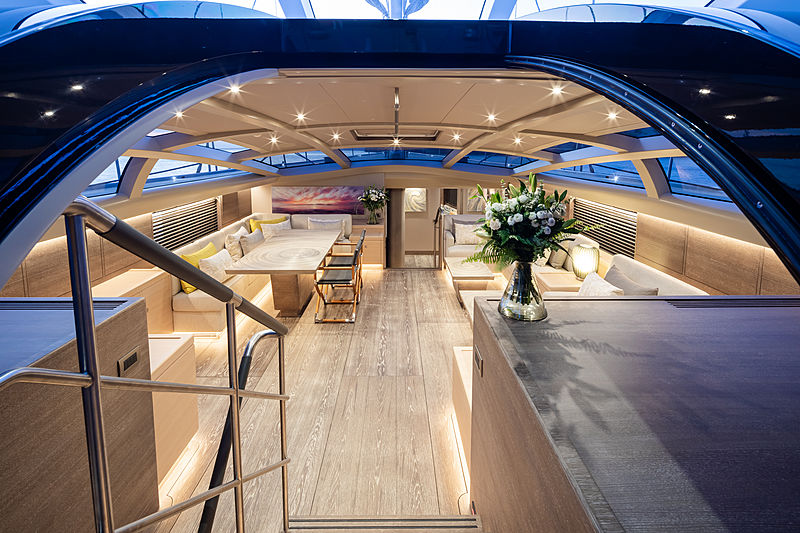 In terms of accommodation, Liara comes with four separate cabins including a master’s suite in the bow, a VIP stateroom forward of the saloon as well as two guest cabins aft. “The owner understands the importance of good crew accommodation for the successful running of the vessel so a generously-sized mess and crew cabins were an important part of the design brief,” continues Lay. 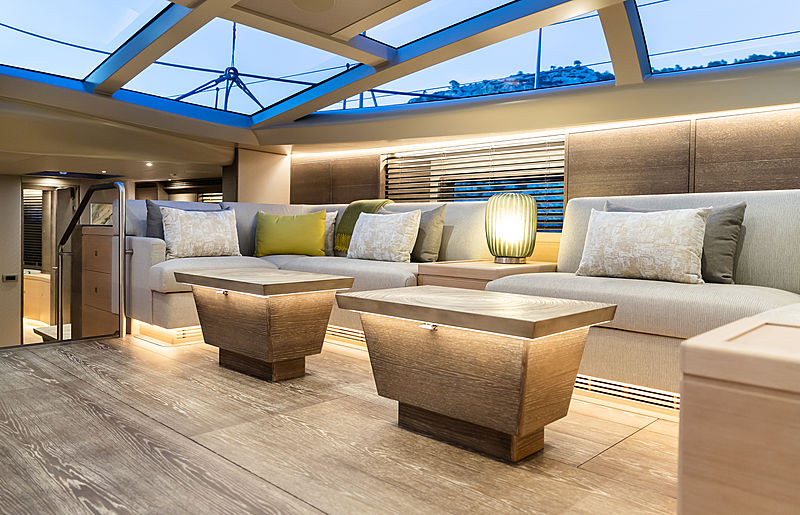 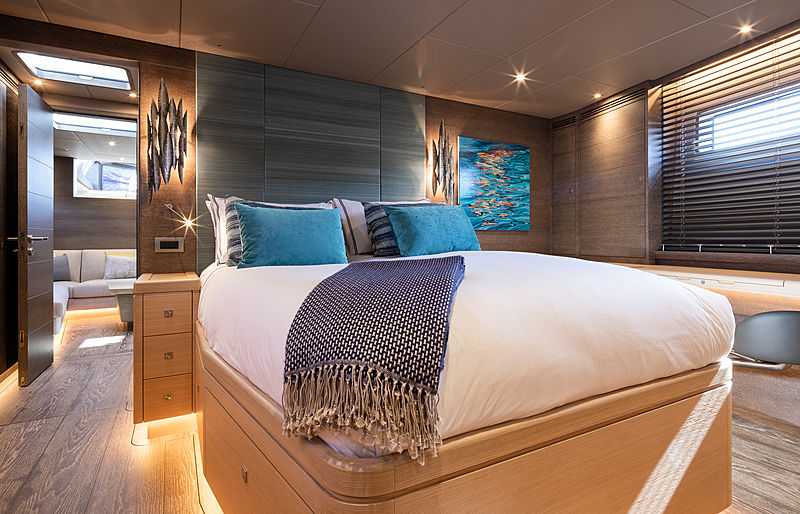 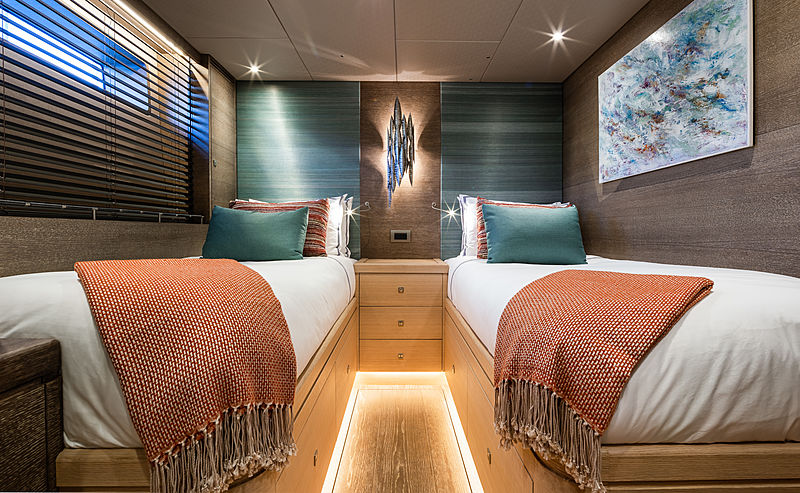