Earlier this week Baltic Yachts completed the first and crucial stage of the construction on its new 112 fast cruiser sloop in Jakobstad, Finland when the yacht’s full-carbon hull was released from its mould at the shipyard. 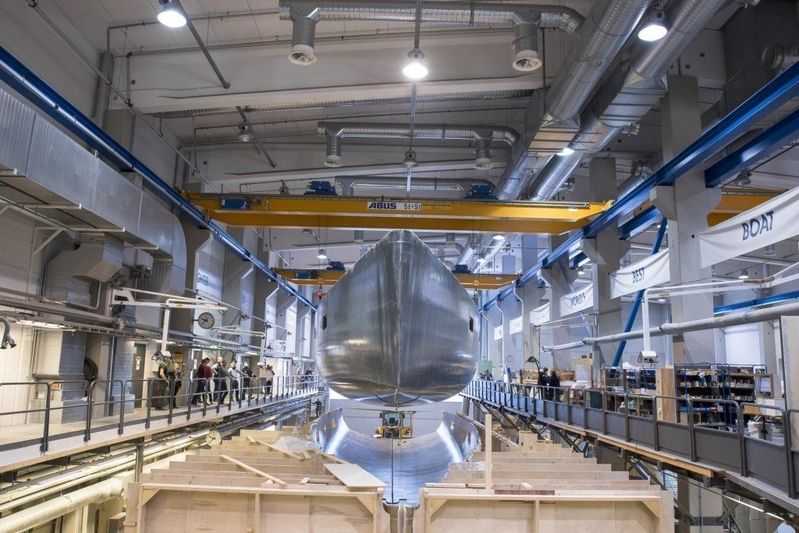 The hull will now be prepared for the joining of the superstructure as construction continues which is expected to come to an end in the spring of 2019. Project MM341, as she is known, is designed by Malcolm McKeon Yacht Design. The interiors are the work of Adam Lay Studio which is said to match the yacht’s world-cruising abilities with a homely and functional style.

Commissioned by an experienced client, the yacht will boast several innovative features when completed such as a telescopic lifting keel and Baltic’s own rotating Retractable Propulsion System.