The Dutch seaside town of IJmuiden welcomed the classic Feadship superyacht Lionwind yesterday as she was unloaded from the deck of the BigLift vessel Traveller. SYT was on scene to capture the moment when this iconic yacht was lowered into Dutch waters again for the first time since her launch in 1983. The yacht has been returned to Holland following her recent sale to undergo a major refit and restoration period.

Designed by the legendary Jon Bannenberg, Lionwind was launched as Azteca in 1983 at Feadship’sKoninklijkeDe Vries facility and launched alongside her slightly longer sistership,Paraiso,which was built by Royal van Lent in Kaag in the same year. Both yachts were commissioned by the Mexican media tycoonEmilio Azcárraga. 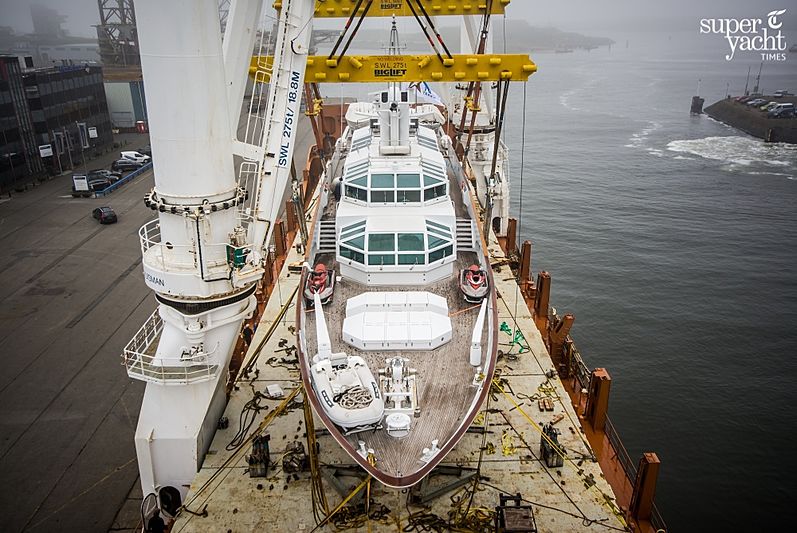 "The lifting of such a delicate icon is an art by itself and involves quite some technical preparation. A lifting plan, stow plan and cradle plan is made prior the lifting operation," commented Peter Staalsmid of Sevenstar Yacht Transport. He continues: "While the yacht is lifted and is slowly moved towards the side of the carrier, ballast water is being pumped from one side of the vessel to the other side of the vessel in order to keep balance."

Two tug boats that would eventually tow Lionwind to a shipyard in Makkum were on standby following the successful lift according to Sevenstar. 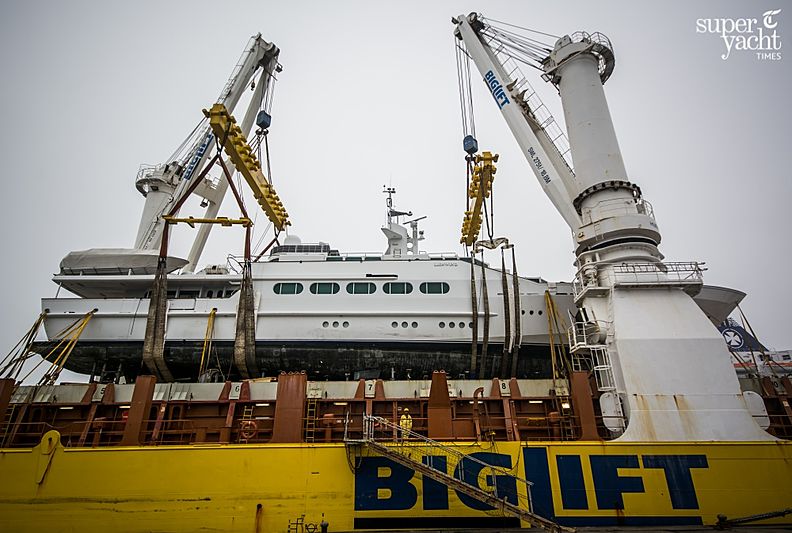 Sevenstar Yacht Transport and BigLift are both members of the Dutch Spliethoff Group, which operates a modern fleet of over 100 vessels. 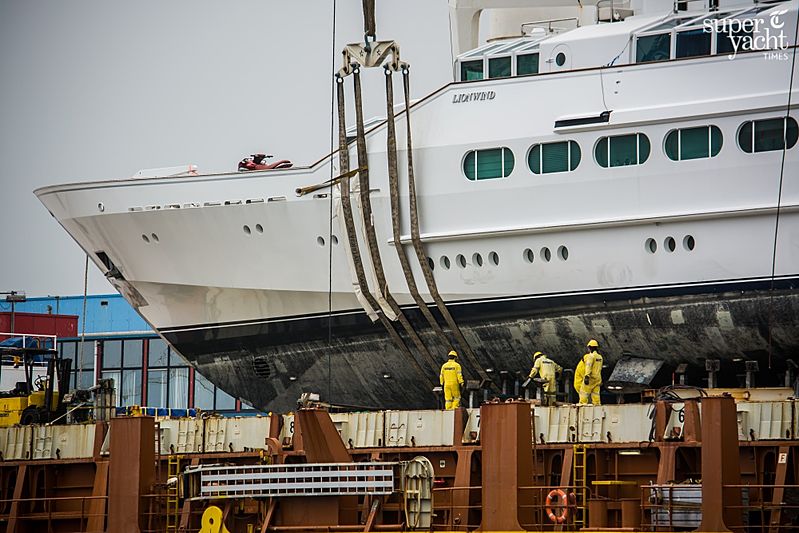 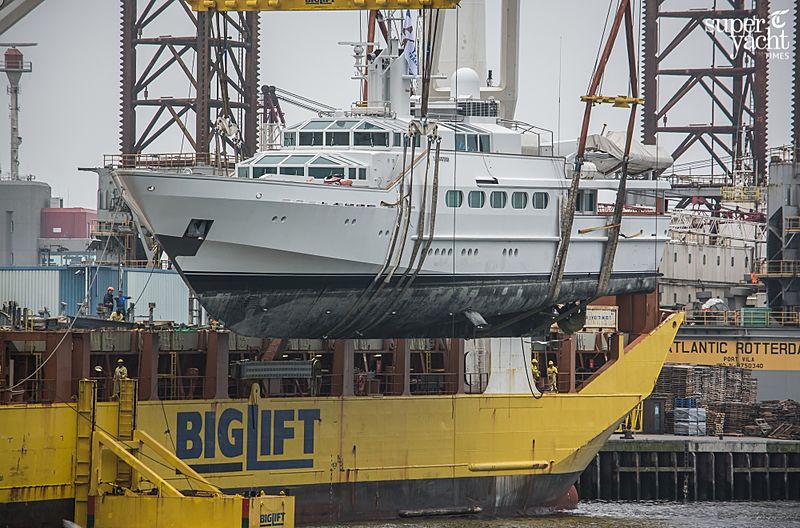 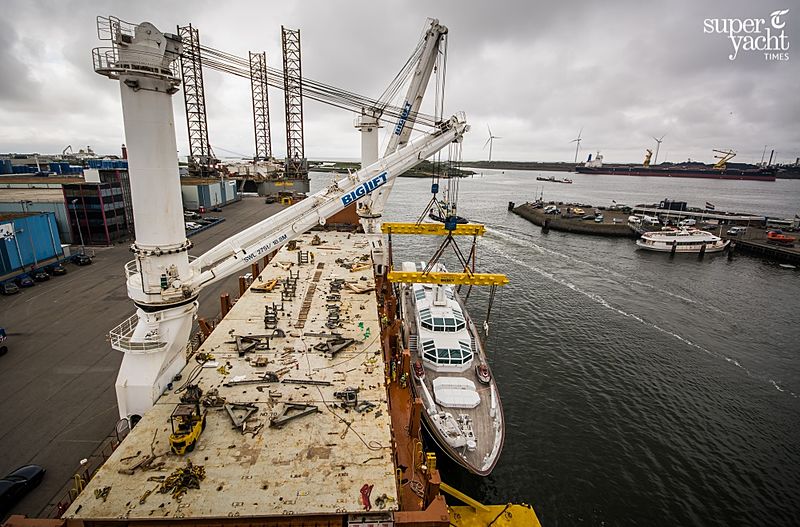 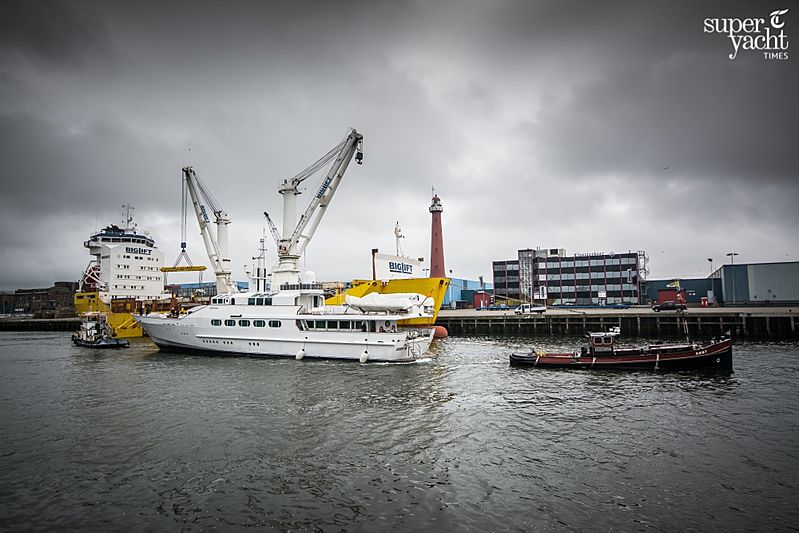 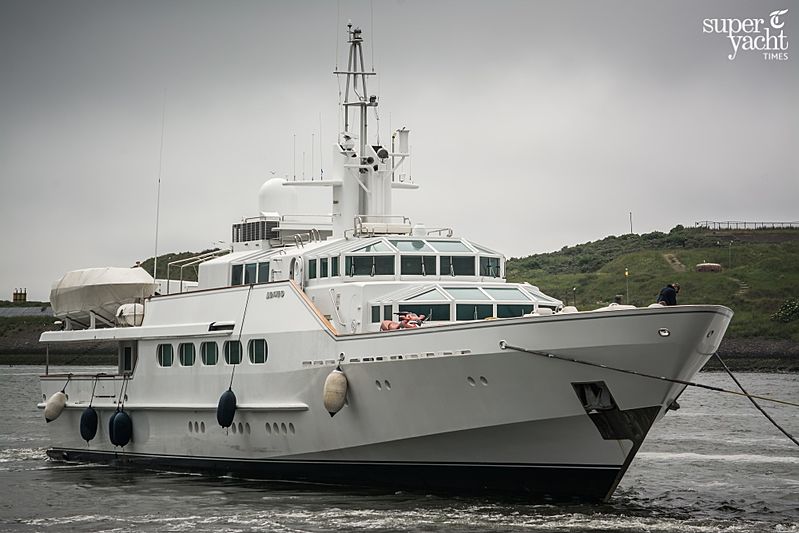