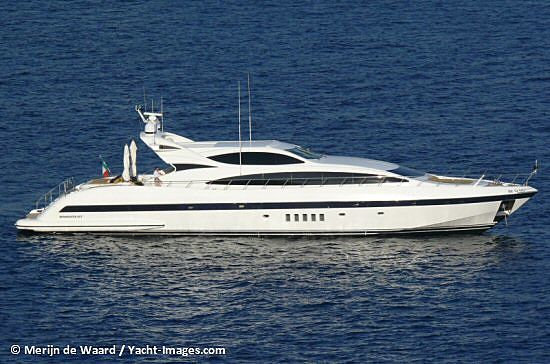 The Mangusta 107 Bellissma CC anchored off Monaco during the 2007 Monaco Yacht Show. Built by Overmarine, she was originally delivered to a Greek owner as Alfa XII in 2003. Nowadays she is owned by an Italian who previously owned a 48m yacht and build the first Codecassa 41S. Bellissima CC is based in the Mediterranean from where she is available for charter.