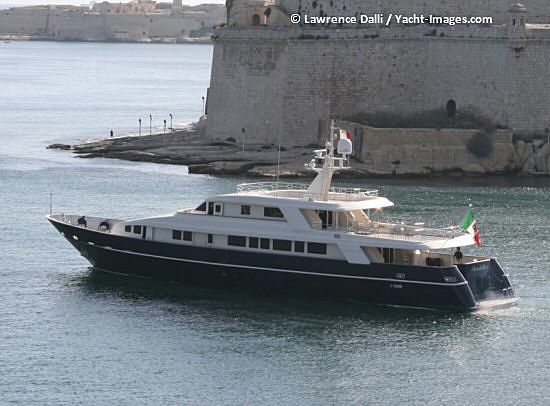 Benedetta 2 leaving Valletta, Malta on 30 May 2007. The 40m yacht was built by the Varazze shipyard of Baglietto in 1999. Designed by Studio Ruggiero, she is only privately used and spends most of her time in Malta. In 2004 she was refitted by Cantieri Navali di Pesaro who made some changes to her flybridge and both the hull and superstructure of the Baglietto yacht were repainted.