The Italian shipyard Benetti Yachts has completed the fifth superyacht in the Cyrstal 140 series, named Mr. D. Since her delivery Mr. D has been in Venice, Italy and she is pictured here in Split, Croatia a couple of days ago and now she is heading to Dubrovnik after a stop in Hvar. 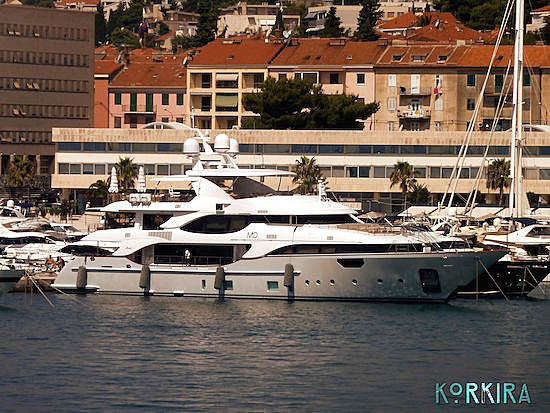 Benetti has not officially released any information on the 41.93 metre superyacht Mr. D, however the Crystal 140 series are designed by Stefano Righini, powered by twin Caterpillar C32 engines, have a maximum speed of 15 knots and a range of 4000 nautical miles.