Monday afternoon marked a grand occasion at Benetti’s shipyard in Livorno, as the company successfully delivered the 69-metre custom superyacht Spectre to its experienced owners, US couple Jeanette and John Staluppi. Known for naming their superyachts after the iconic Ian Fleming spy novels, the Staluppis received their new yacht during a private ceremony at Benetti’s yard. 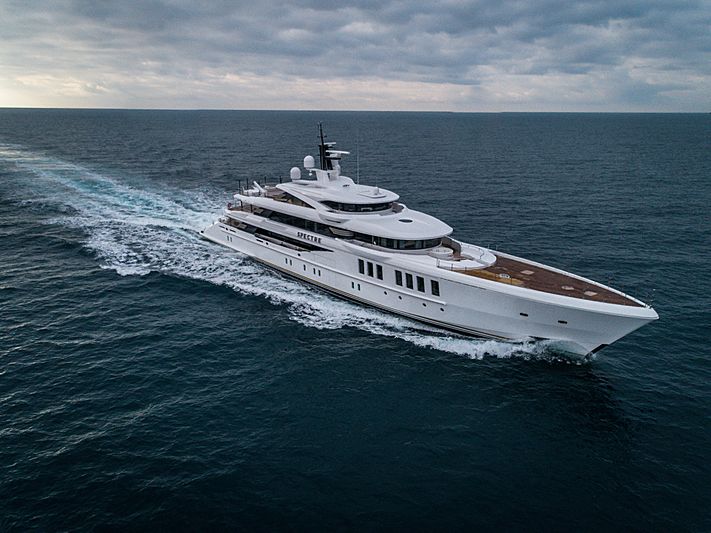 Photo: Benetti Spa A full-custom motor yacht, featuring a steel hull and aluminium superstructure, swimming pool and a ‘touch and go’ helipad, Benetti is said to have spent 750,000 hours working on Spectre.  The third superyacht built for the couple in by the yard in less than ten years, Spectre features exterior lines designed by Giorgio M. Cassetta and naval architecture by Mulder Design. Featuring a long and sharp bow and extended superstructure volumes which slide towards the stern, her sporty exterior aims to reflect the appeal of 1950s and 1960s Italian sports cars.

"I love Spectre, it is a perfect example of a virtuous synthesis between the owners' and the builder's cultures,” said Giorgio M. Cassetta. “John and Jeanette Staluppi, with their great experience and energy, have led us to imagine a yacht complete with everything you could wish for boats of this size. Benetti has taken up the challenge and has created a yacht with many technological innovations respecting the highest quality standards.” 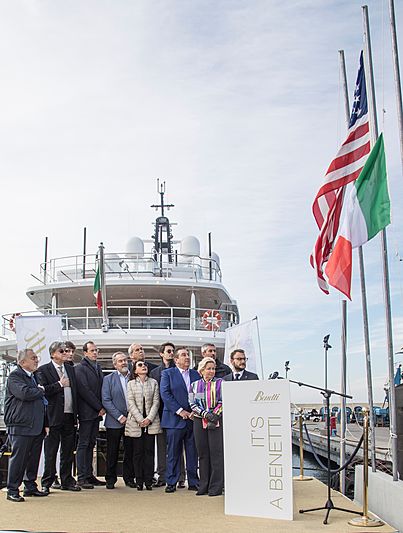 Photo: Benetti Spa The sleek lines of Spectre’s High-Speed Cruising Hull, developed by Mulder Design, see the motor yacht achieve maximum cruising efficiency, with a range of 6,500 nm at 12 knots and a top speed of 21.2 knots, 30% more than a traditional displacement hull.  Spectre also features Ride Control technology by Naiad Dynamics, a system that significantly increases stability during navigation and improves comfort on board with the help of four stabilising fins and three vertically-adjustable blades.

"We are proud to have participated in the creation of this spectacular 69-meter long motor yacht," added Frank Mulder. "The ground-breaking use of Total Ride Control, which is a combination of roll reduction and pitch reduction, will greatly improve comfort when cruising at 20 knots.” 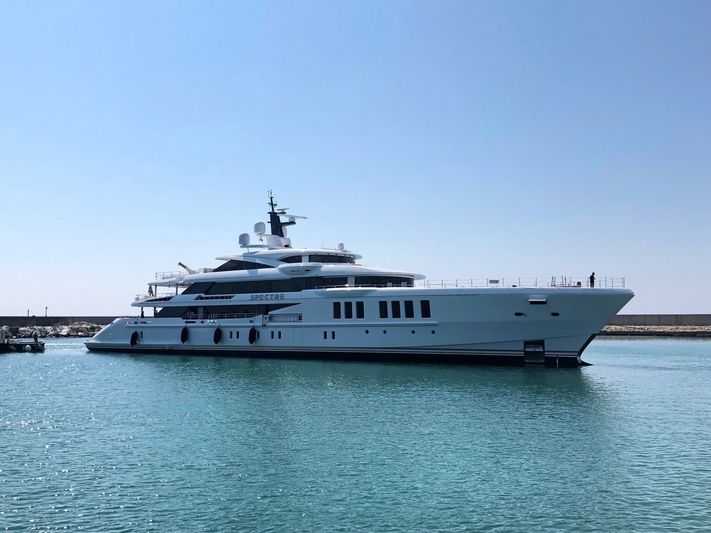 On board, her interior layout has been designed by the Benetti Interior Style Department, together with the owners who selected some of the more particular furniture. The decor aims to pay homage to the traditional Liberty French hotels and boutiques, with modern touches through fabric selections and accents.

Able to accommodate up to 14 guests and crew members, the main deck houses two cabins with en-suite bathrooms as well as a VIP cabin with his and her wardrobes. The owner’s suite is situated on Spectre's upper deck and features a private study, two separate bathrooms and two wardrobes. 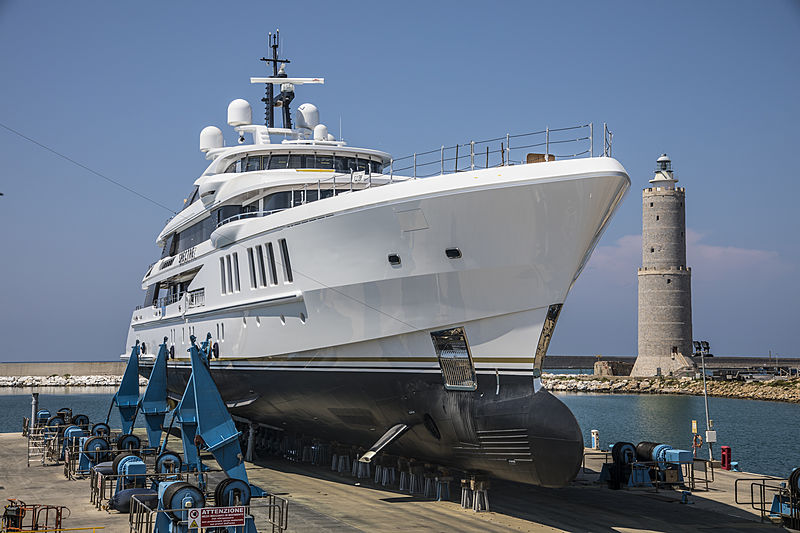 Photo: Benetti SpaThe lower deck houses a fixed platform separated from the beach club by a sliding glass door, a large garage which can house a 9-metre tender and support boat, as well as two guest cabins and a full-beam spa, complete with gym, hammam and massage room. The bridge deck, which houses the custom swimming pool and central lounge area, also features a more informal dining table next to the dining area on the upper deck and saloon on the main deck for al-fresco dining.

Superyacht of the Week: the secret spy superyacht Spectre