The fourth Delfino 95, the 28.95-metre Eurus, has hit the water at Benetti’s Viareggio shipyard. The entry-level vessel boasts a sleek four-deck exterior by designer Giorgio M. Cassetta and can accommodate up to ten guests in five staterooms. The Benetti interiors also feature a dining area for 10 people, a main-deck owner’s suite, as well as upper deck outdoor areas and a sun deck that have been personally furnished by the owner. 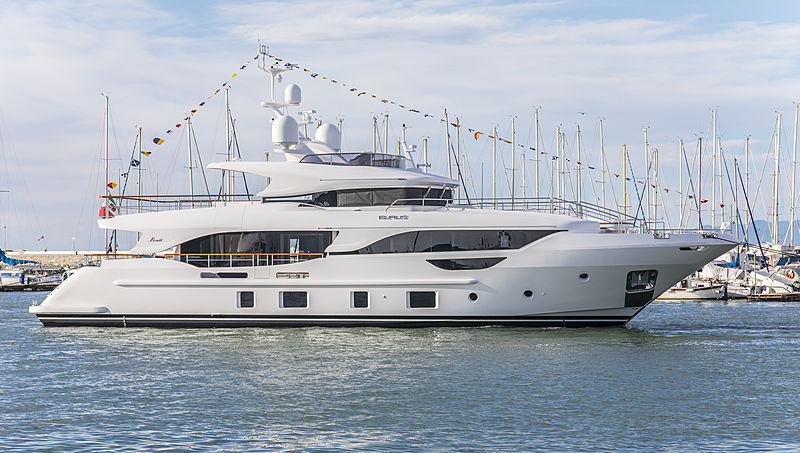 Photo: Benetti Spa Franco Fusignani, Benetti’s CEO, declared: "Today we have witnessed a new important milestone for Benetti and the Viareggio shipyard. Throughout 2019, the shipyard in Via Coppino will deliver 13 new vessels, including four more Delfino 95' units. This model proved to be a successful one for Benetti, with six units already sold and four in production right here in Viareggio. For two of these we have almost finalised the sale". 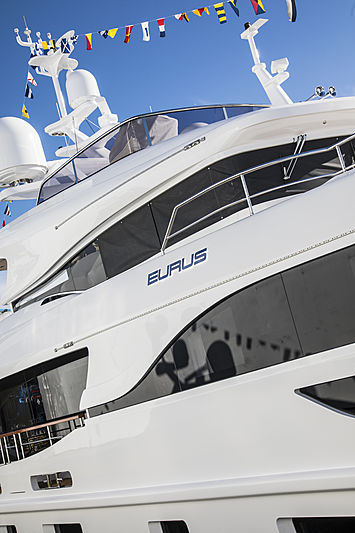 Photo: Benetti Spa
A crew of five can handle the new superyacht, who can reach a top speed of 13.5 knots, or cruise at 12 knots.